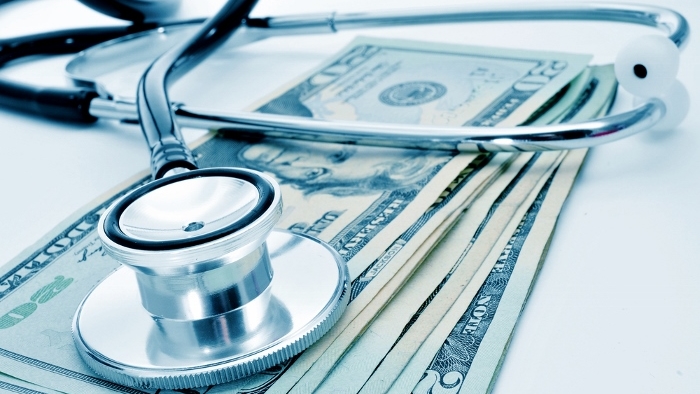 Taxpayers may be forgiven to suspect a shell game or government pyramid scheme in the making when it comes to 'free' Medicaid expansion money. #wiright #wipolitics Click To Tweet

MADISON, Wis. — The Medicaid expansionists like to point to all of the “free money” that the deal with Obamacare pours into states.

“Right now the federal government has a debt of $20-plus trillion and it can’t just keep borrowing money. That can’t go on forever. Eventually it must stop,” Cannon said.

But Congress’ penchant for unfunded mandates and U.S. debt north of $22 trillion should disabuse anyone paying attention that there is such a thing as a free lunch when it comes to the federal government.

Michael F. Cannon, director of Health Policy Studies at the Cato Institute, says it all comes down to the fundamental tenet of Stein’s Law: If something cannot go on forever, it will stop.

“Right now the federal government has a debt of $20-plus trillion and it can’t just keep borrowing money. That can’t go on forever. Eventually it must stop,” Cannon said. “And when it stops, either because Congress just spontaneously decides to be fiscally responsible or some external force like a Greek-style debt crisis forces Washington to be responsible, then at that point states will not be continuing to get the same 90 percent, sweetheart deal from the federal government under the federal Medicaid expansion that they’re getting now.”

Democrats point to the projected $279 million-plus in higher federal payments over the biennium, which the Evers’ budget plan would use to leverage federal funds for other health services initiatives in pursuit of even more federal funding.

Taxpayers may be forgiven to suspect a shell game or government pyramid scheme in the making.

Medicaid expansion “free money” skeptics such as Cato’s Cannon believe it’s only a matter of time before the federal government reneges on its generous Obamacare promises. How do they know that? Because Obamacare’s namesake, former President Barack Obama, previously tried to stick it to the states.

Before National Federation of Independent Business v. Sebelius — the U.S. Supreme Court ruling that upheld Obamacare’s central individual mandate but took away the federal government’s power to compel states to expand Medicaid — Obama pushed his “blended rate” solution. Designed to simplify the redistribution of taxpayer dollars to states for Medicaid-related costs, it demanded states pick up a bigger share of the government-mandated social services program.

“We know it’s inevitable because it’s not just mean, nasty Republicans saying we need to renege on the states. Believers in these programs have said that, Barack Obama and his administration have said that.”

As MacIver News Service has reported, Evers and the expansionists like to point to the projected 82,000 Wisconsinites that would be able to enroll in BadgerCare, Plus, Wisconsin’s public health care program for low-income individuals. Cannon estimates about 46,000 Wisconsin residents would be tossed off of their heavily-subsidized plans on the Obamacare exchanges — some with premiums as low as 15 to 20 cents a month — and pushed onto government-run insurance.

“If you like your health plan, you can’t keep it. You might have to switch doctors because Medicaid may not have the doctor you see,” Cannon said. “Everyone likes to paint it as a free lunch, and it’s not a free lunch. You’ve got 46,000 reasons in Wisconsin why its not a free lunch right there.”

“You may have heard a lot of talk about accepting ‘Medicaid Expansion’ money from the federal government, as though it’s ‘free money.’ What it would actually do is put tens of thousand more people on public assistance. I think that is a bad idea,” Kulp wrote.

In 1995, Congress passed the Unfunded Mandates Reform Act, requiring the Congressional Budget Office to identify and estimate costs of unfunded mandates — from bills proposed by Congress to regulations promulgated by federal agencies. Any bill that would cost state, tribal, or local governments over $77 million, and $154 million for rules on high for the private sector must be analyzed by the CBO.

The numbers have declined over the years. As The Balance reports, between 2007 and 2018, Congress passed 2,482 laws. Of those, 141 included unfunded mandates that exceeded the limit, or about 6 percent. In 2018, according to a CBO review, 63 laws contained 194 mandates. Only six of those exceeded the Unfunded Mandates Reform Act cost limits.

Included in the mix is another Obamacare provision known as “risk corridors.” Creators of the Affordable Care Act created these mechanisms to “minimize the year-end losses of insurers who covered a disproportionate share of sicker, often older insured customers.”

In late 2014, Congress passed an appropriations rider prohibiting the U.S. Department of Health and Human Services from paying out risk corridors greater than the agency collects, effectively shutting down the funding stream. The Obama administration got around the prohibition, using other funds to pick up the tab. Subsequently, President Donald Trump found the payments, made without authorization from Congress, to be unconstitutional, and ordered them stopped.

“The question of whether insurers are owed full risk corridors payments has been one of the ACA’s most litigated questions, with dozens of lawsuits brought by insurers including at least one class action,” Health Affairs reported in June 2018. Insurers have sued HHS for failure to come through on more than $12 billion outstanding risk corridors payments, the publication noted. Insurers have to date lost in their legal battles.

The Republican-led House and Senate could have stood up to the Obama administration on the unconstitutional appropriations long before, but it didn’t. Cannon said any bill officially ending the risk corridor payments would have ended in filibuster in the Senate.

“There’s no constituency, and certainly no politically powerful constancy, in Washington that just speaks up for the rule of law or for a balanced federal budget or for federal taxpayers,” the health policy expert said. “Congress is not as good about protecting its institutional prerogatives as you might hope they would.”

Wisconsin is one of 14 states that has not taken the “free” Medicaid money. Liberals have blasted the Legislature’s Republican majority for saying no to the Siren song of federal money.

Cannon said expansionists forget in their arguments to mention that states that have expanded Medicaid have exceeded their enrollment and spending projections.

Medicaid spending in Ohio, for example, skyrocketed 35 percent in four years – from $18.9 billion to $25.7 billion between fiscal year 2013 and 2017. And in Minnesota, premiums increased 50-67 percent, forcing the state to implement a reinsurance program costing taxpayers at least $800 million so far.

“It’s almost as if the people who want to pass the Medicaid expansion are downplaying or low-balling the estimates on purpose because this is a pretty consistent pattern where all of the states have higher enrollment and expenditures than projected,” Cannon said.