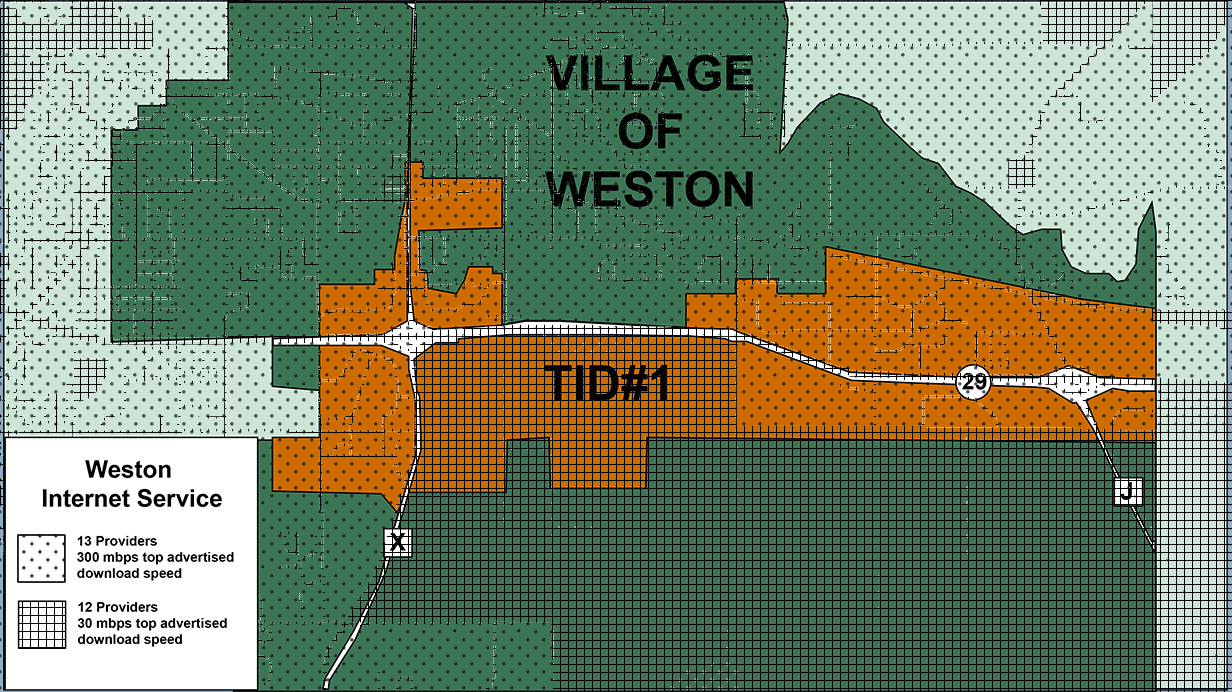 When the time approaches for a Tax Increment District (TID) to close, local officials often start taking desperate steps to stop it. There’s a slush fund at stake that can be used to fund almost anything they want.

Weston’s TID #1 was set to close in 2021, which would have been great news for local taxpayers. It’s currently pulling in an unbelievable $5.4 million a year. By comparison, the Village of Weston’s property tax collections are only expected to be $4.5 million this year.

If the TID closed, its revenue would go into the tax levy. Because of levy limits, it wouldn’t increase government revenues. Instead it would go directly towards property tax relief throughout the village, school district, county, and tech college district. But as far as government is concerned, it means $5.4 million less it can spend on pet projects. Obviously, local officials weren’t about to let that happen.

That 21 percent has enormous implications for residents of the village. It is real property that requires real public services from the community –  things like police and fire protection, ambulance, schools, snow plowing, etc. However, the property in the TID is not paying property taxes to the general fund to support those services. It all goes into the TID’s account, which is used for the TID’s improvement projects instead.

Most customers in Weston having access to services that provide up to 300 mbps download speeds. It only takes 5 mbps to watch HD movies on Netflix.

In these situations, the local government has two options: stretch out the existing public services to cover 21 percent more of the community or raise taxes to meet the additional need – while that TID continues to pay its taxes to itself. Obviously neither is a good option (as far as taxpayers are concerned), making a strong case to close the TID as soon as possible.

Again, the Village of Weston wasn’t keen on that idea. Last year, it found a way around the TID’s time and value limits. It successfully lobbied to have the state law amended to read: “The 12 percent limit described under sub. (4) (gm) 4. c. does not apply to an amendment to a project plan for Tax Incremental District Number 1 in the village of Weston that is adopted by the planning commission of the village of Weston. The exception in this paragraph may not be used for more than one amendment of that project plan.”

The TID’s project plan was subsequently amended to add $23.4 million worth of property to the TID last year, and extend its life to 2031. Now what to spend the money on next?

The village already has over a dozen internet providers, and everyone has access to download speeds of at least 30 mbps, according to the Public Service Commission. Most customers in Weston have access to services that provide up to 300 mbps download speeds. (It only takes 5 mbps to watch HD movies on Netflix.)

Despite the fact that the village has plenty of internet options already available, they decided the TID needs an astonishing 1,000 mbps speed – and offered to pay TDS $225,000 from the TID to install the fiber optic cables.

It’s a sweet deal for the company, and the village knows it is likely to disrupt the entire telecommunications economy in the area. In fact, if the company is able to crush its competitors within five years, and “obtain over 60% of the market share in Weston,” the village will reduce the grant to $180,000. The village speculated that if the company can push the satellite companies out of town, its cable franchise fee collections will increase by $40,000 annually.

This is a big step for tax increment financing. Once intended to help spur economic growth, the Village of Weston, like many other local governments, uses it as a tool of crony capitalism for pet projects, while taxpayers pay the price in higher taxes or reduced services.

This raises a fundamental question – why do the taxpayers of the village of Weston need to pay a private company to bring high-speed internet to the TID? In this hyper-competitive world with an abundance of internet providers and endless options for TV programming, why would Weston pay to have broadband brought to their TID? That responsibility shouldn’t rest with the taxpayers.