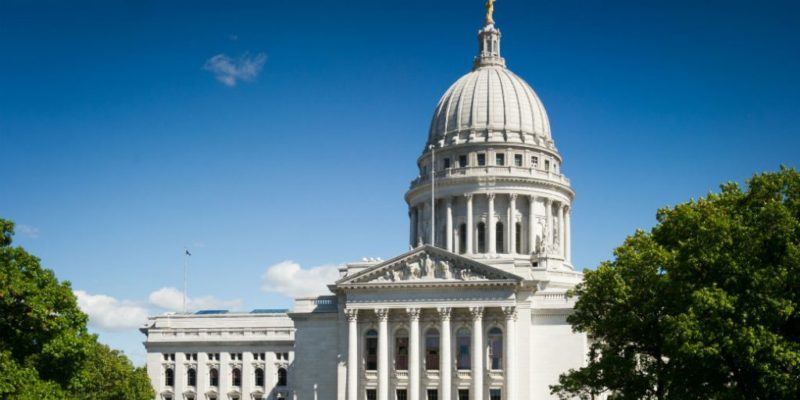 Happy Easter Weekend! It’s been a busy week in Wisconsin with Governor Evers wanting to revise the Foxconn deal, and the release of the Mueller Report. Here are some important stories for the fiscal conservative, in case you missed it.

The American Institute for International Steel (AIIS) filed a petition with the United States Supreme Court to end Section 232 tariffs on steel and aluminum. AIIS argues in their petition that the 25 percent tariff on steel and 10 percent tariff on aluminum President Trump enacted in March 2018, after invoking Section 232 in 2017, are part of “an unconstitutional delegation of legislative power to the president”. In a March ruling, the U.S. Court of International Trade panel said it has to uphold the previous Supreme Court ruling, despite expressing concerns about the broad authority given to the President under Section 232.

The MacIver Institute’s Matt Kittle took a deeper look into funding rankings for the UW system relative to other Midwestern states. 2016 rankings, the latest available, show Wisconsin ranking 13th in per capita higher education spending. This puts Wisconsin behind Iowa (8th) and Michigan (12th), but ahead of Indiana (24th) and Minnesota (29th). This comes at a time when UW-Madison Chancellor Rebecca Blank continues to talk about the “challenges” of state budget cuts. The UW-Madison continues to be highly ranked, at 43rd worldwide and 23rd among United States institutions.

In an opinion piece for The Hill, Vicki Alger and Martin Lueken argue Wisconsin needs full transparency for the school voucher system. Despite concerns by Democrats that vouchers harm those who remain in public schools, 24 of 26 studies done on the competitive school choice programs found that test scores improve for students remaining in public schools. Four of those studies were done on Milwaukee’s program. The voucher program also only makes up $119 million of the proposed $11.5 billion in total local, state and federal funding .Transparency is necessary to allow parents and taxpayers to see the full story. While transparency is a good goal, it has to be honest, according to a MacIver report, the City of Racine was less than honest with taxpayers about the cost of a voucher program.

Greenspan: American Economic Growth Will Slow Because of Entitlements

Former Federal Reserve Chairman Alan Greenspan said that while the economy is growing now, the increasing population combined with the burden of entitlements will cause long term growth to “fade very dramatically”. The entitlements are “draining capital investment dollar for dollar”, he says. Greenspan points to Europe as proof that a slowdown will happen unless reform happens.

The U.S. trade deficit fell to its lowest level since last June according to the Commerce Department. This defied expectations of economists, who predicted it would increase to $53.8 billion. Instead, the trade deficit dropped from $51.1 billion to $49.4 billion. Exports to China increased by $1.6 billion, while imports fell $1.5 billion. One possible reason for the drop is the increase in civilian aircraft orders. Overall, exports rose $2.3 billion to $209.7 billion, while imports increased $600 million to $259.1 billion.