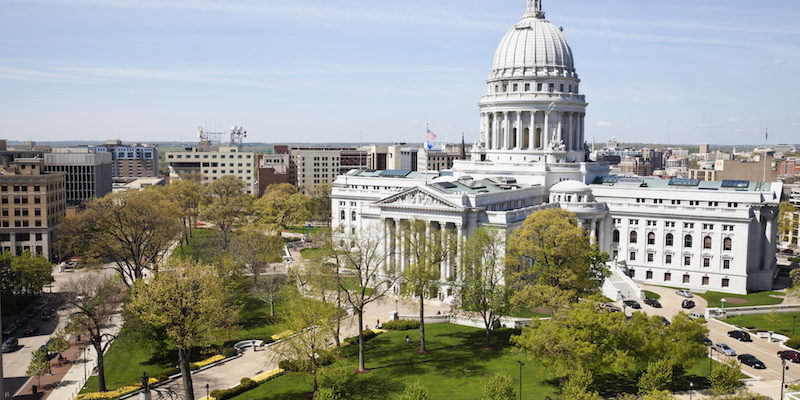 Happy Friday! It was a busy week in Wisconsin. Voters headed to the polls to vote for a new Supreme Court Justice and Joint Finance Committee agency briefings began for  Gov. Tony Evers’ budget. Today, JFC also hit the road for its first public hearing – check out our social media channels to stay up to date.

Here are four important article for fiscal conservatives, in case you missed it.

Claims for state unemployment benefits declined by 10,000, moving to 202,000 last week. These numbers are the lowest levels of unemployment claims  since December 1969. The numbers continue to fall, despite a slowdown in job growth. The increasing jobs are still more than enough to keep up with the working force population growth, keeping unemployment rates down.

Executives from top aluminum companies say President Trump’s tariffs on aluminum are not working. Speaking on behalf of the U.S. Aluminum Association, Jean-Marc Germain said that the tariffs have done little to stop China’s trade behavior, and have increased costs on downstream production, which account for 97 percent of the jobs in the sector. The Association is opposed to the quota system President Trump has proposed with Mexico and Canada in exchange for lifting tariffs, as quotas could make it harder for American companies to grow.

An analysis from MacIver Institute’s Bill Osmulski looks deeper into tax increment financing (TIFs) and their impact on communities and taxpayers. It also analyzes programs that have been abused by governments. TIFs are used by municipalities as a way collect further taxes inside Tax Increment Districts (TIDs), even after the TID designation expires.

New data released from firm Challenger, Gray and Christmas, shows job layoffs hit a ten-year high in first quarter layoffs.Last quarter, 190,410 people were laid off, up 10.3 percent from 2018’s fourth quarter. The report cites economic uncertainty and fears of an upcoming downturn as the driving force behind the layoffs. The two industries with the most layoffs were auto and energy, where 15,887 and 10,548 jobs were lost respectively.