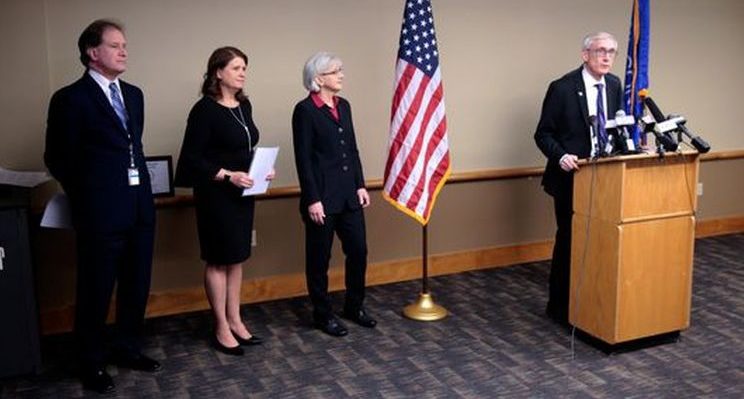 What Veterans Affairs Secretary-designee Mary Kolar didn’t talk about is her pedigree as a far-left Dane County progressive. #wiright #wipolitics Click To Tweet

There’s Mary Kolar, Gov. Tony Evers’ secretary-designee for the Wisconsin Department of Veterans Affairs who served 28 years in the Navy and talks about her nonpartisan mission to serve Wisconsin’s 360,000-plus veterans and their families.

That Mary Kolar told the Senate Committee on Transportation, Veterans and Military Affairs last week about her fond childhood memories of singing “You Are My Sunshine” and other favorites to veterans at the Tomah Veterans Affairs Medical Center near her western Wisconsin hometown.

And then there is the very partisan liberal activist Mary Kolar who last year ranted on her Facebook page about President Trump and Russian collusion.

“So why is our president colluding with the Russians,” the Veterans Affairs secretary-designee wrote, commenting on an August 2018  U.S. Naval Institute story headlined, “New Commander of Submarine Forces Tells Sailors ‘Prepare for Battle.’ 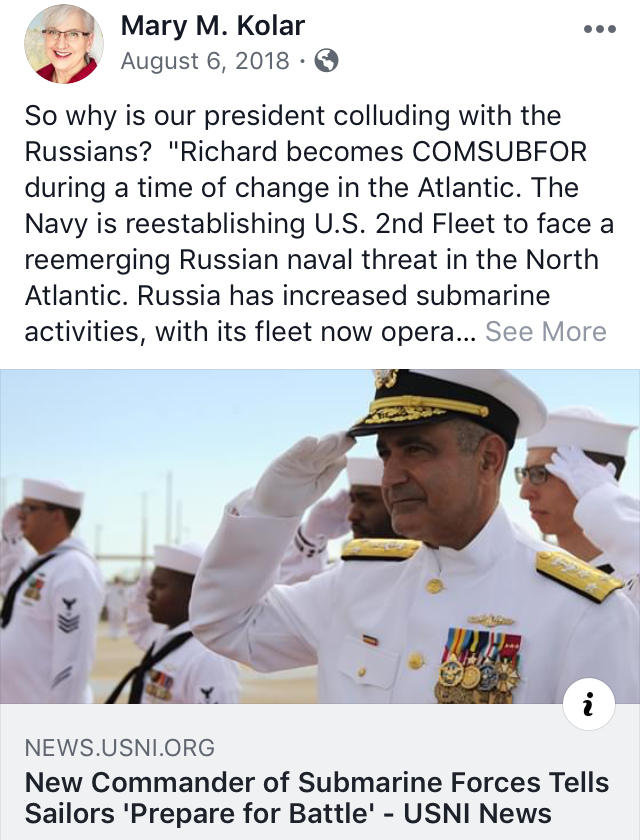 The Navy veteran seems to have a good deal of animus for the present Commander-in-chief. Her personal Facebook page includes some other pointed criticisms of Trump, as do some of the resolutions she authored as a member of the Dane County Board of Supervisors.

There is no disputing what appears to be Kolar’s distinguished record of service in the Navy, where she retired a Captain after serving in several leadership roles. Her family is filled with veterans, including her grandfather, father, and brothers. And Kolar boasts a decent resume of working with veterans, particularly as former chairwoman of the Dane County Veterans Service Commission.

She certainly sold her service credentials to the Senate Veterans Affairs committee at a standing-room-only public hearing, with many of the seats filled by veteran organization leaders and other Kolar supporters.

The secretary-designee, who must still be confirmed by the full Senate, told committee members that she quickly set the tone at her first staff meeting, asking every department member to, before taking action, “ask themselves, ‘How would this best serve Wisconsin veterans and their families,’” Kolar said.

“I believe everything I’ve done to date and everything I haven’t been able to do has led me here today,” she told the committee.

What she didn’t talk about is her pedigree as a far-left Dane County progressive. 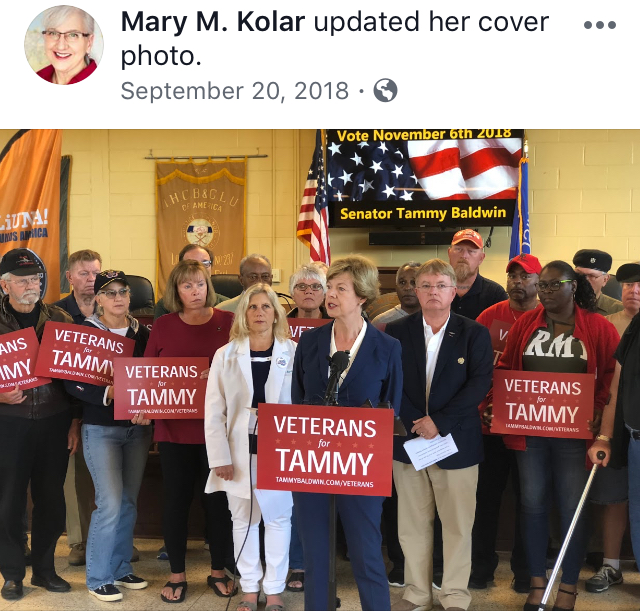 Kolar didn’t mention that, as a member of the Dane County Board of Supervisors, she co-sponsored and supported a number of far-left proposals, including a resolution “expressing solidarity” with the protesters opposed — at times violently — to the Dakota Access Pipeline.

Admittedly, such resolutions play well in ultra-liberal Dane County, but her activist past has raised concerns for some Senate Republicans weighing whether to confirm the secretary-designee. Sources say some conservatives have privately asked Kolar about her liberal resume and how her past politics would inform her style of leadership as the head of Veterans Affairs. Kolar, sources say, has said she would not bring politics into the agency.

Kolar’s spokeswoman did not return two emails and a voicemail message seeking comment.

Kolar’s Facebook allegation about Russian collusion and the Oval Office is particularly partisan and problematic not because it shows a bureaucrat’s distaste for Trump. The president is, after all, the left’s bogeyman. The bigger issue is the invalidity of the statement. Investigators to date have uncovered no direct evidence of a conspiracy between Trump and the Kremlin. That’s according to Republicans and Democrats on the Senate Intelligence Committee.

Special counsel Robert Mueller was expected to deliver his investigative report on the matter in the coming days, but it appears that timeline will be extended.

Even mainstream news outlets that have pushed the narrative of collusion have had to concede that thus far the special counsel “has not alleged any sinister, high-level election interference conspiracy involving Trump himself and the Russian government.”

That fact hasn’t stopped the would-be secretary of the Wisconsin’s Department of Veterans Affairs from making pointed accusations.

The Senate committee did not ask Kolar about her political past or about the Facebook post during the hearing. Nor did members ask the secretary-designee about her very public support of U.S. Sen. Tammy Baldwin (D-Madison) during last year’s campaign. A photograph on Kolar’s Facebook page shows her at a “Veterans for Tammy” rally.

Kolar was named in a Baldwin press release as a member of a “coalition of over 100 Wisconsin veterans from across the state” who supported Baldwin’s bipartisan leadership to support veterans.”

But plenty of Wisconsin veterans were highly critical of Baldwin’s handling of the scandal at the Tomah VA Medical Center. As detailed in a 2015 investigative report, Baldwin’s office sat on an inspection report detailing high amounts of opiates prescribed at the Tomah VA, a medical center dubbed “Candy Land” by some patients and staff. Baldwin later blamed a mid-level staff member in her Milwaukee office, swiftly firing the aide and sparking suspicions that the senator was trying to sweep failures under the rug.