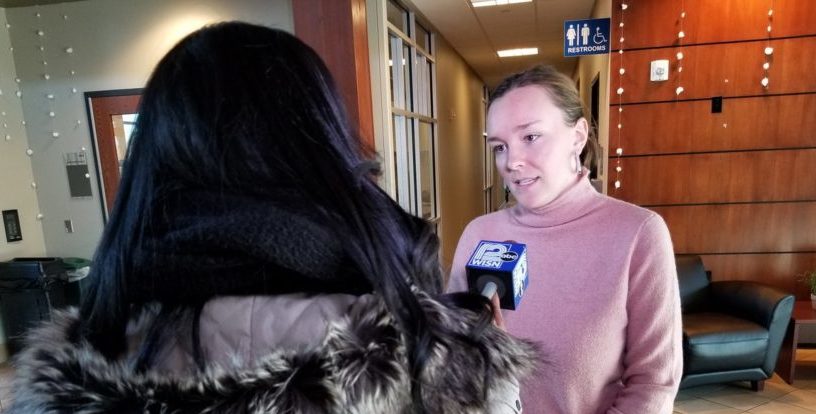 MADISON — Are you itching to be taxed into oblivion to pay for a socialist proposal that would massively expand government and bury your children and grandchildren in debt?

The New Green Deal has plenty of doubters, but it does have its share of believers, including in the Badger State. Perhaps no Wisconsin lawmaker is more sold on the “Great Green Society” than state Rep. Greta Neubauer.

The face of this socialist stimulus plan is left-wing and media darling, U.S. Rep. Alexandria Ocasio-Cortez,(D-N.Y.), a self-described Democratic socialist. She sells her plan with a mixture of millennial generation wide-eyed enthusiasm and bleak visions of a climate change-driven apocalypse.

“Millennials and people, you know, Gen Z and all these folks that will come after us are looking up and we’re like: The world is going to end in 12 years if we don’t address climate change and your biggest issue is how are we gonna pay for it?” Ocasio-Cortez said earlier this month at a Martin Luther King Jr. Day event.

A lot of people are wondering how the United States, already rapidly approaching $22 trillion in debt, would pay for a plan that, at its core, would eliminate all fossil-fuel-generated electricity in the U.S in just 10 years. Ocasio-Cortez and the Green New Deal apostles believe America can replace all that coal, oil and natural gas, which represent about 63 percent of electricity production, with renewable energy sources, which make up about 17 percent.

The costs of such a rapid change in the U.S. energy portfolio would not only be extremely costly and disruptive to the global economy, plenty of energy experts will tell you that it’s darn near impossible.

“Currently, the only way to have a 100 percent renewable-energy-powered electric grid would be for Americans to live without power when renewables aren’t producing enough energy. Among many other problems, that means there would be no stable electricity sources for hospitals and other essential services,” wrote Justin Haskins, executive editor and research fellow at the Heartland Institute, in a column for Fox News.

But wait, there’s more. Much more.

So how would she pay for the untold tens of trillions needed to support this taxpayer-funded dance with socialism? By taxing the wealthy, of course. The freshman congresswoman has tossed out the idea of a tax rate as high as 70 percent for the wealthiest Americans, saying those at the “tippy tops” should be contributing more, — in this case, about two times more.

So how would Alexandria Ocasio-Cortez pay for the untold tens of trillions needed to support this taxpayer-funded dance with socialism? By taxing the wealthy, of course - those at the 'tippy top' of financial success. #wiright… Click To Tweet

The numbers don’t add up. A Tax Foundation study found hiking taxes on the rich to a 70 percent rate would raise less than $300 billion in revenue over a decade.

“Progressives aren’t eager to put a price tag on the green new deal, which includes modest proposals like a universal jobs guarantee. But you can bet that ridding the economy of carbon will cost into the trillions of dollars,” the Wall Street Journal wrote in a recent editorial.

The New Green Deal has plenty of doubters, but it does have its share of believers, including in the Badger State.

“Feeling energized following the 2016 elections, Greta moved home to Wisconsin and ran for State Assembly with a pledge to introduce and work towards model legislation for a Green Deal in the Rust Belt, bringing in thousands of good, green jobs, and building an economy and society that serves all people,” wrote the Sunrise Movement in its 2018 endorsement of Neubauer. The climate change doom-and-gloom group noted Neubauer’s work in “politics and climate justice organizing for over 10 years.”

The Sunrise Movement likes to say that it looks neither left nor right, but “forward.” But its renewable-at-all cost agenda and its climate change alarmism are undoubtedly pulled from the pages of the far-left manifesto.

The freshman lawmaker helped co-found the Fossil Fuel Divestment Student Network, according to the Sunrise Movement’s endorsement. The well-funded DSN, endorsed by former President Barack Obama and some other liberal royalty, shut down in 2017, just as Neubauer was looking at a run for the 66th Assembly District vacated by former state Rep. Cory Mason, now Mayor of Racine.

Neubauer has long ranted agains the “fossil fuel industry,” which directly employs more than 2 million people, according to U.S. Bureau of Labor statistics.

In a statement on her campaign site, Neubauer said she joined the 2008 Obama campaign and became active in the “climate movement” when “I saw politicians mortgaging my generation’s future because they were afraid to stand up to the fossil fuel industry.”

“I have been fighting for an economy based in the principles of resiliency and equity, an economy for all of us, ever since,” Neubauer wrote.

The hope of far-left organizations like the Sunrise Movement is that green-blooded lawmakers like Neubauer push their model green bills in Legislatures across the country and continue to transform what’s left of the centrist Democratic Party into a vehicle for socialist policy.

“I have worked my entire career to combat climate change, and that’s why I support a Green New Deal. Looking forward to working with Alexandria Ocasio-Cortez next session,” Pocan tweeted in December.

I have worked my entire career to combat climate change, and that’s why I support a Green New Deal. Looking forward to working with Alexandria Ocasio-Cortez next session. @sunrisemvmt #GreenNewDeal https://t.co/t8f91wPwtN

The Sunrise Movement likes to say that it looks neither left nor right, but “forward.” But its renewable-at-all cost agenda and its climate change alarmism are undoubtedly pulled from the pages of the far-left manifesto.

“We managed to rally dozens of congresspeople to support bold action to create a Green New Deal proposed by Alexandria Ocasio-Cortez. Soon, we’re going to start asking everyone from all corners of the country, not just congresspeople, to come out in support of a comprehensive, fair Green New Deal,” boasts the organization’s website.

But the Green New Deal is hardly new, and there’s a strong body of evidence to show it’s not really Ocasio-Cortez’s plan.

Elements of the socialist-centric proposal have been around more two decades, according to climate change experts. While it has been reported that the framework of the initial Green New Deal was drafted by millennial staffers and activists over a weekend, it is strikingly similar to the socialist “Leap Manifesto.” That proposal, hatched by green radicals in Canada, would make the country 100 percent dependent on renewable fuel by 2050.

Haskins, of the Heartland Institute, said the Leap initiative calls for a “universal program to build and retrofit energy efficient housing and massive “green” public transportation projects. Like the Green New Deal, it includes a “universal annual income program.”

Many of the far-left green movement players are connected, and their organizations are richly funded by wealthy contributors. The Sunrise Movement, for instance, raised nearly $1 million in 2018, with a goal of attracting north of $2.5 million this year — in large part thanks to its close ties to socialist superstar, Ocasio-Cortez.

A fundraising analysis by Inside Philanthropy found the Rockefeller Fund, as well as the Wallace Global Fund and Winslow Foundation are central funders of the Sunrise Movement.

“The Global Wallace Fund has given nearly $7 million to population control groups since the 1990s. The Rockefeller Family Fund has led a war against ExxonMobil, acknowledging it has colluded with Democratic attorneys general and funded negative media coverage against the oil company,” according to The Daily Caller.

Among those running in the same circles, environmental extremist and hypocrite David Suzuki, who has publicly declared that climate-change deniers should be imprisoned.

It’s not clear if Greta Neubauer, Wisconsin’s answer to Alexandra Ocasio-Cortez, believes in such extreme measures. She did not return an email and a call from MacIver News Service requesting comment. But she’s definitely all-in on the Green Kool-Aid.

“We are out here,” Neubauer said in what appeared to be an early-morning video post from the campaign trail. “We are knocking on doors despite inheriting a political and economic situation from our parents and grandparents that is going to take us a long time to fix …”

And Green New Deal proselytizers want a lot of taxpayer money to fix what they says ails us all.