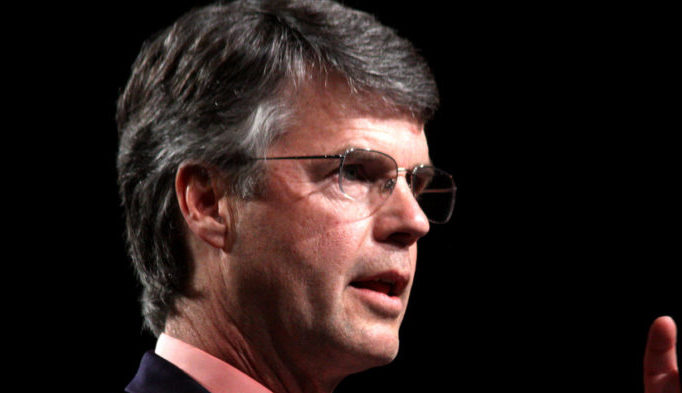 The ironies of John Doe II are many. John Chisholm and gang spent millions of dollars of taxpayer money and abused their immense prosecutorial power for political purposes. #wiright #wipolitics Click To Tweet

The first of Wisconsin’s political John Doe investigations of the last decade was launched in May 2010 — six months before the 2010 election won by Milwaukee County Executive Scott Walker. That investigation was politically motivated from inception. The county executive’s office was raided by Milwaukee County District Attorney John Chisholm’s armed deputies the day before the 2010 election, and the computers were all seized or copied.

Prosecutors were angry that the county executive had failed to give them pay raises for several years. Then Walker, as the new governor in 2011, backed reforms which weakened unions and caused and required most state employees to pay part of their health care and pension costs. This resulted in about a 10 percent reduction in take-home pay for the very prosecutors in charge of the John Doe investigation.

The Democratic Party tried twice to remove Scott Walker from office based on John Doe smears, failing in the 2012 recall and again in the 2014 election. I did not notice new Gov. Tony Evers, a Democrat, or the Democratic Party raising John Doe claims during the recent campaign. So maybe voters have taught a good lesson here.

The second John Doe is on its fifth judge, and is not closed out. So Scott Walker will have served his entire eight years with an open John Doe investigation. Though this one has supposedly not been investigating Walker for the past few years, it is still creating risk and running up legal bills. My organization, the Wisconsin Club for Growth, is still incurring legal bills in this John Doe.

The official purpose of the first “investigation” was amended 17 times by John Doe Judge Neal Nettescheim, who operated with rubber-stamp approval of whatever the prosecutors asked. In thousands of hours researching every aspect of John Doe I and John Doe II, my team never discovered any actions taken in the public interest. The goal was the crippling or destruction of Scott Walker. The means were not only unconstitutional; they were uncivilized.

The ironies of John Doe II are many. John Chisholm and gang spent millions of dollars of taxpayer money and abused their immense prosecutorial power for political purposes. They failed to disclose their activities, and still have not disclosed the extent of their spending of taxpayer money on this secret campaign. Yet the supposed motivation of their investigation was to increase transparency in our political campaigns! The Wisconsin Club for Growth openly and proudly spent our money on paid advertising. The Milwaukee District Attorney worked for years to destroy Scott Walker and his allies, and never disclosed the purpose or the cost of his undertaking.

This was not a rogue operation. It had the support of the Democratic establishment in Wisconsin, from Shirley Abrahamson to the Democratic legislators and their media supporters.

But this was not a rogue operation. It had the support of the Democratic establishment in Wisconsin, from Shirley Abrahamson to the Democratic legislators and their media supporters.

The Milwaukee Journal Sentinel ran an ongoing cheerleading operation for this prosecutorial abuse. Prosecutors seized at least 6.7 million documents and selected from them to spin sensational memos to fabricate a narrative; leaks of some of those were spun further by the Journal Sentinel in an effort to mislead voters. The same paper ignored some of our most powerful filings where we described the facts of the case.

But these problems won’t be fixed by removing a few people from office, or sending prosecutors to prison.

What I’ve learned from years of studying and engaging in this John Doe fight is that America’s criminal justice system is broken. #wiright #wipolitics Click To Tweet

The life of prosecutors today is dehumanizing. John Chisholm and his lieutenants oversee a process of assembly line injustice, where they decide the fate of people they never meet. They encourage over-charging, plea deals, and prison terms. They measure convictions without regard to the impact on the community. And the prison system itself is a disgrace. It is also dehumanizing, both to inmates and employees. Everything about our system needs a deep review. And it won’t come from prosecutors or judges. We, the people, need to get the attention of legislators and also potential juries. Juries have untapped power to thwart prosecutorial abuse. Of course that requires more of the accused to go to trial. Today in America 97 percent of convictions at the federal level, 94 percent at the state level, come from plea deals.

What I’ve learned from years of studying and engaging in this John Doe fight is that America’s criminal justice system is broken. Wisconsin’s former John Doe law was not the main problem. The immense power of prosecutors, the judicially created immunity for prosecutors, are big parts of the problem. Another problem has been the accumulation of laws, which allow prosecutors ever more ways to investigate and overcharge anyone.

I have learned that we live in a nation ruled by men, not by laws.

My political work going forward will involve highlighting the destruction of lives that has become routine in our system, and pointing to some directions for reform.

Prosecutors today are not just above the law, they are the law. They decide who to destroy and who to spare. They view themselves as superior to legislators, voters, governors and presidents. We cannot have a free society when prosecutors across the land can destroy people with impunity. We can revive government by the people, or we can endure tyranny by prosecutors.

Eric O’Keefe is a political strategist and advocate for self-governance. He is director of Wisconsin Club for Growth, one of several conservative organizations targeted in the unconstitutional “John Doe II” investigation.