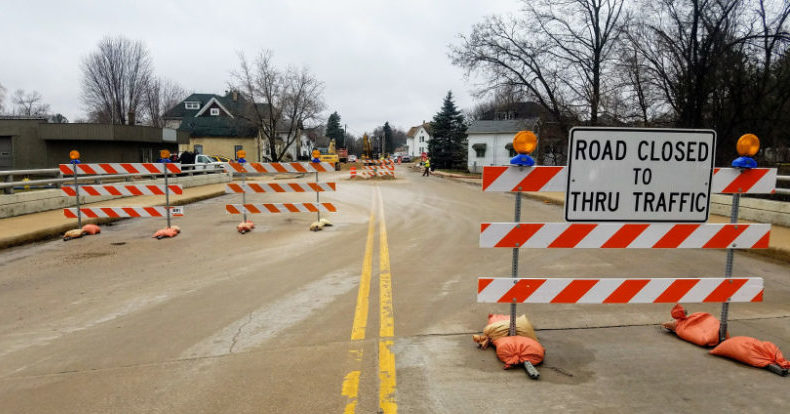 Will DOT Secretary-designee Craig Thompson, a transportation lobbyist by trade, “blow up” the reforms former DOT Secretary Dave Ross and his team put in place? He had better not, Sen. Tom Tiffany warned. #wiright #wipolitics Click To Tweet

MADISON — State Senate fiscal hawks show no sign of retreating on their reform-first position on transportation.

They want to continue on the path of reforming the waste-plagued Wisconsin Department of Transportation, maintain the focus on fixing the real transportation troubles at hand, and protect Badger State taxpayers.

“I actually think that the Department of Transportation in the Evers administration has really a great opportunity here to be able to take the reforms that have been implemented over the past couple of years and be able to continue them,” state Sen. Tom Tiffany (R-Minocqua) told MacIver News Service late last week. “If they choose to do that, along with protecting taxpayers, boy, I’m going to be right there to support them. If that’s not the route they go, then we’ll be looking at alternative plans.”

In his first State of the State address last week, the new governor announced he would create a transportation task force led by Craig Thompson, Evers’ DOT secretary-designee.

Tiffany and other conservatives say they want to give the Democrat governor the benefit of the doubt and they will wait and see what the committee recommends to Evers.

“They’re going to make a decision and a recommendation to me on what should be done to fund the transportation system,” Evers told WQOW in Eau Claire during a post-state-of-the-state stop last week. “It’s going to be part of our budget, and I’m looking forward to that being one of the major issues that will bring Republicans and Democrats together in the state.”

But conservative hawks aren’t likely to be on board with a gas tax increase, something Evers has said he’s open to.

Tiffany said he plans to hold Evers to his words on the campaign trail, when the Democrat told the Washington Post that he was “planning to raise no taxes.”

That bold pledge from a liberal with a grow-government agenda came just a few days before November’s election, in an incredibly tight race with incumbent Republican Gov Scott Walker. Earlier this month, however, an Evers’ spokeswoman said the governor would consider a hike to the state’s 32.9 cent-per-gallon fuel tax in his budget proposal, something he repeatedly said he was open to throughout the campaign.

Tiffany said he would not be opposed to bolstering transportation using the additional $2.1 billion in new revenue expected to fill the state’s coffers over the course of the next three fiscal years, according to state projections.

“If we need the money in the department of transportation … let’s take it out of growth,” the senator said, asserting that there’s still more money to be squeezed out of an agency that for too long wasted and misspent taxpayer money.

After spending billions of dollars in recent years on mega projects in Milwaukee and southeast Wisconsin, he said it’s time to “focus on the rest of the state,” particularly rural roads.

“I’ve never ruled out that perhaps maybe there should be more revenue going into the DOT, but first of all you have to have the reforms, because if you give the money first, you don’t get the reforms,” Tiffany said.

Former DOT Secretary Dave Ross took over a mess of an agency and made big strides in turning the bloated department around. A Legislative Audit Bureau report in January 2017, the same month Ross began his tenure, documented systematic waste, fraud and abuse throughout the state highway program that resulted in current projects running billions of dollars over budget.

But will DOT Secretary-designee Thompson, a transportation lobbyist by trade,  “blow up” the reforms Ross and his team put in place? He had better not, Tiffany warned.

“It’s going to be one of the first things I look at and my colleagues are going to look at, do the reforms stay in place?” the senator said. “Because if we go backwards then we obviously have a problem.”

Several Republican senators have expressed concerns about Thompson’s lobbying past, and his old alliances with the state’s road builders.

Senate Majority Leader Scott Fitzgerald told MacIver News Service last week that Thompson’s confirmation in the Republican-controlled Senate could be particularly difficult “once the temperature is turned up on the transportation budget.”

“I’ve got a certain group of senators that kind of emerged over the last couple of cycles that are still searching for ways to kind of tighten down the transportation budget,” the Juneau Republican said. “They are still convinced there is too much spending, and misdirected spending is probably a good way of describing it… I’m just a little bit worried in the back of my mind that if things get too hot it’s going to be difficult to get the votes to get things through.”

Fitzgerald and other Republicans say they will do their due diligence on Thompson and give him the opportunity to make his case.

If the transportation battles ahead are anything like the last legislative session, there will be more division between Republican caucuses in the Assembly and Senate. Each had different philosophies on transportation funding. Republican leaders in both houses have said they are more determined than ever to work together in the face of divided government, with a liberal governor at the helm.

Tiffany said the DOT needs to continue down the “path of reform.”

“We’re going to give them every opportunity to do the right thing and then we’ll react when we see a budget a month from now,” the senator said.