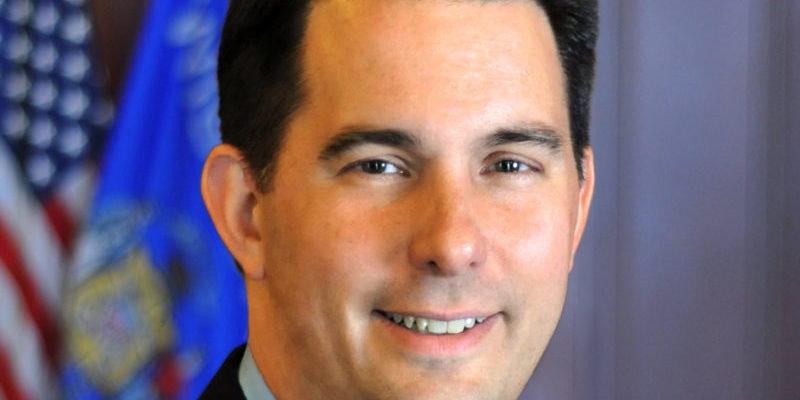 Gov. Scott Walker on Tuesday sent out the following message related to the extraordinary session bills.

There has been a great deal of attention given to the items passed by members of the state Legislature during their extraordinary session last week. Originally, I asked them to come in to consider a bill to save hundreds of good-paying, family-supporting jobs at Kimberly-Clark.

Even though the Senate failed to take up that legislation, I am still focused on finding a way to keep these jobs here in Wisconsin. I hope to have some good news to share this week.

A big part of our legacy is the fact that more people are employed this year in Wisconsin than ever before in the history of the state. We want that trend to continue far into the future.

While I did not ask lawmakers to consider anything other than the bill to save Kimberly-Clark jobs, I am reviewing the bills passed by the state Assembly and Senate. There’s a great deal of misinformation being put out on these bills.

The new governor will be able to appoint the members of his cabinet and of various other state government posts – as well as judges, district attorneys, sheriffs and other officials.

None of these things will change regardless of what I do with the bills passed in the state Legislature last week.

Here are my straightforward criteria for reviewing the legislation:

Does it improve transparency? Will it make it easier for people to know what is going on in their government? For example, one of the bills calls for a report on people who receive a pardon by the Governor. It seems reasonable that the public should know if a convicted felon is pardoned of his or her crime.

Does it increase accountability? Will it continue to put checks and balances in place to ensure that state government is accountable to the hard-working people of Wisconsin? For example, it makes sense that lawmakers should have some say in how the state might spend a multi-million legal settlement.

Does it affirm stability? Will reasonable agreements between the executive and legislative branches continue as well as items that are common practice? For example, we worked with members of the Legislature before we sought waivers from the federal government so that the legislative branch would not be at odds with us after we received approvals. It makes sense to codify this in the statues so it continues in the future.

Does it protect the taxpayers? Will it help ensure that those in government are good stewards of the taxpayers’ resources? For example, a federal court ruled that purchases made on the Internet are subject to the same sales taxes made on purchases in a state. A law enacted years ago says that if new revenues come in from a change at the federal level, those revenues must go to lowering the burden on the hard-working taxpayers in Wisconsin. It makes sense to ensure that this provision applies the same to a change made in federal court as it does to an act of Congress.

These are the reasonable criteria we will use to review the legislation passed during the extraordinary session.

As Politifact mentioned on Sunday, I sent a letter to Governor Jim Doyle in November 2010 asking for the following:

“Don’t finalize any permanent civil service personnel because these appointees ‘should be required to go through the same application process as any other civil servants.’”

Here are the facts about the extraordinary session last week:

The members of the state Senate confirmed 82 appointments last week. Of the 82, 78 were submitted to the Senate months ago. Three of the names were just submitted recently because of resignations (for example, Bryan Steil resigned from the University of Wisconsin System Board of Regents after his election to Congress).

I also asked Governor Doyle to suspend state employee contract negotiations so that they might be considered in the context of the 2011-2013 state budget.

Soon after that letter, lawmakers – who had lost the majority – voted during a lame-duck session on state employees contracts that would bind the state for years. Thankfully, two Senate Democrats voted against the contracts and they failed to pass.

In contrast, current lawmakers – who maintained the majority – voted during an extraordinary session on items that can be changed anytime during the next four years. Changes would have to be approved by a majority in the state Legislature and signed by the Governor.

While Governor Doyle ignored my request and tried to rush through employee contracts, I ordered my administration to stop Requests for Proposals (RFPs) before issuing contracts so the new administration could start over with the process.

These are the facts and it is clear Politifact did not consider them when making their determination.

The bottom-line is that we are working with Governor-elect Tony Evers to make sure that he has a good transition. The leaders of our state agencies have stopped the process of starting new contracts, they notified staff not to move to at-will positions and they are providing overviews of the work done by their agencies.

In addition, we continue to look for ways to increase transparency, improve accountability, affirm stability and protect taxpayers.

Thank you for your attention to this important matter.