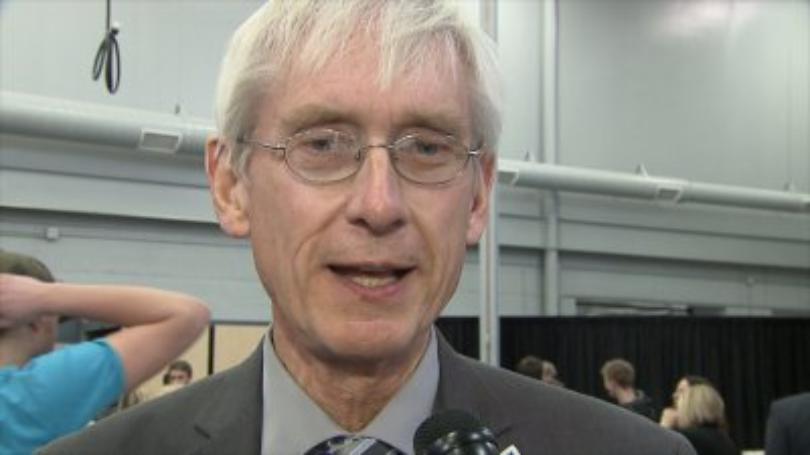 Evers' recent statements to the Washington Post are a 180-degree turn from what the superintendent of the state Department of Public Instruction has previously said on the campaign trail. #wiright #wipolitics Click To Tweet

MADISON – In the closing hours of the campaign for Wisconsin governor, Democrat candidate Tony Evers appears to have had a change of heart on raising taxes.

But his recent statements to the Washington Post are a 180-degree turn from what the superintendent of the state Department of Public Instruction has previously said on the campaign trail.

“I’m planning to raise no taxes,” he said last week in a phone interview with the publication.

Chalk it up to the new Tony Evers? Well, the liberal candidate’s plan certainly is a departure from his previous statements on the record.

In September, Evers said he was open to raising income taxes and hiking the gas tax to pay for a host of government initiatives. Without citing a specific plan at the time, he promised that a Tony Evers administration would have a “goal to keep taxes reasonable.” He has talked about hiking taxes on higher-income earners, while lowering taxes elsewhere.

Evers has said he’ll look at every revenue stream.

Evers has insisted that “anything” doesn’t mean a $1 increase on the state’s gas tax, as the Walker campaign has asserted.  But the Democrat contender, locked in a dead-heat race with the incumbent governor, has said he is open to a gas tax hike. Just how much, he hasn’t specified.

He has said he would like to get rid of the state’s manufacturing and agriculture tax credit that has, according to economy watchers, been a catalyst for economic growth. The credit, implemented on Walker’s watch, would turn into a tax hike, if Evers found a way as governor to ax it.

And the state education chief has campaigned on a pledge to increase aid to school districts by $1.4 billion. While Evers insists no new taxes would be required to pay for his spending plan, the idea would give school districts the power to bolster property tax collections.

Walker, too, has been criticized for a late-campaign change of position. His critics have blasted the governor for what they see as his 11th-hour proposal on protection for Wisconsinites with pre-existing conditions. They say repealing Obamacare, an effort Walker supports, would end the popular health care provision.

The governor calls that “the big lie.”

He’s not alone. A September piece in Real Clear Politics also described the Democrats’ No. 1 talking point as a “Big Lie.” States don’t need Obamacare to ensure people will not be denied coverage because of a previous illness.

“In Wisconsin, right now, everyone living with a pre-existing condition is covered,” Walker told MacIver News Service Monday on the Jay Weber Show, on NewsTalk 1130 WISN.

“As long as I am governor they will always be covered. That’s not just good public policy, that’s personal to me,” he continued. “My wife is a type I diabetic, my mother is a cancer survivor, my brother has a heart condition. When I think of people with pre-existing conditions I don’t think of nameless masses out there. I think of my mother, my brother, my wife. We will always cover people with pre-existing conditions. Always.”