Wisconsin students achieved the highest score of any state where all graduates take the exam, though the score itself stayed flat

A new report shows that the national average ACT exam score fell to 20.8 out of 36 points for the class of 2017, down from 21.0 the prior year. Wisconsin students scored an average of 20.5 out of 36 points, the same as last year but now the best score of any state that tests all of its students. 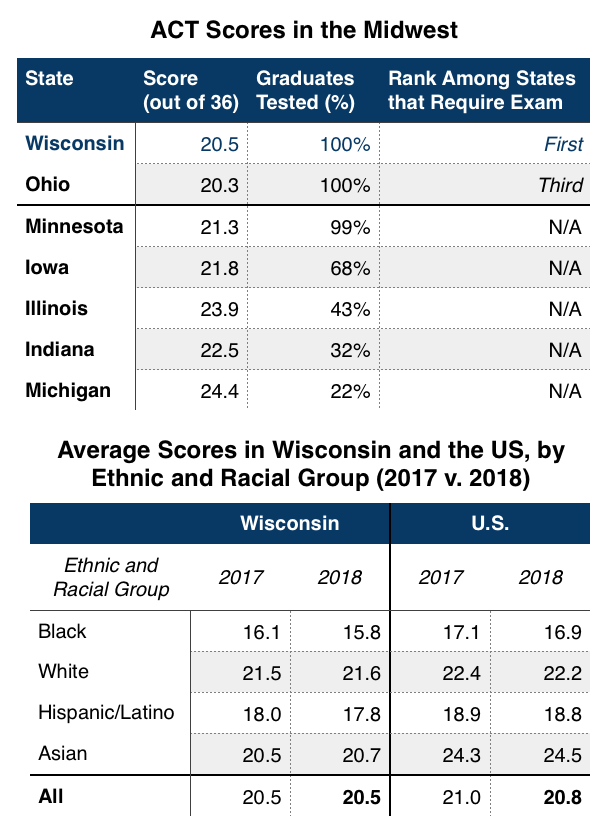 The Condition of College and Career Readiness Report is released annually by the makers of the ACT Exam. The massive report breaks down average scores, readiness metrics, achievement gaps, figures by state, and much more.

Forty-two percent of students were considered college-ready in reading, while 39 percent were ready in math, and 36 percent in science. 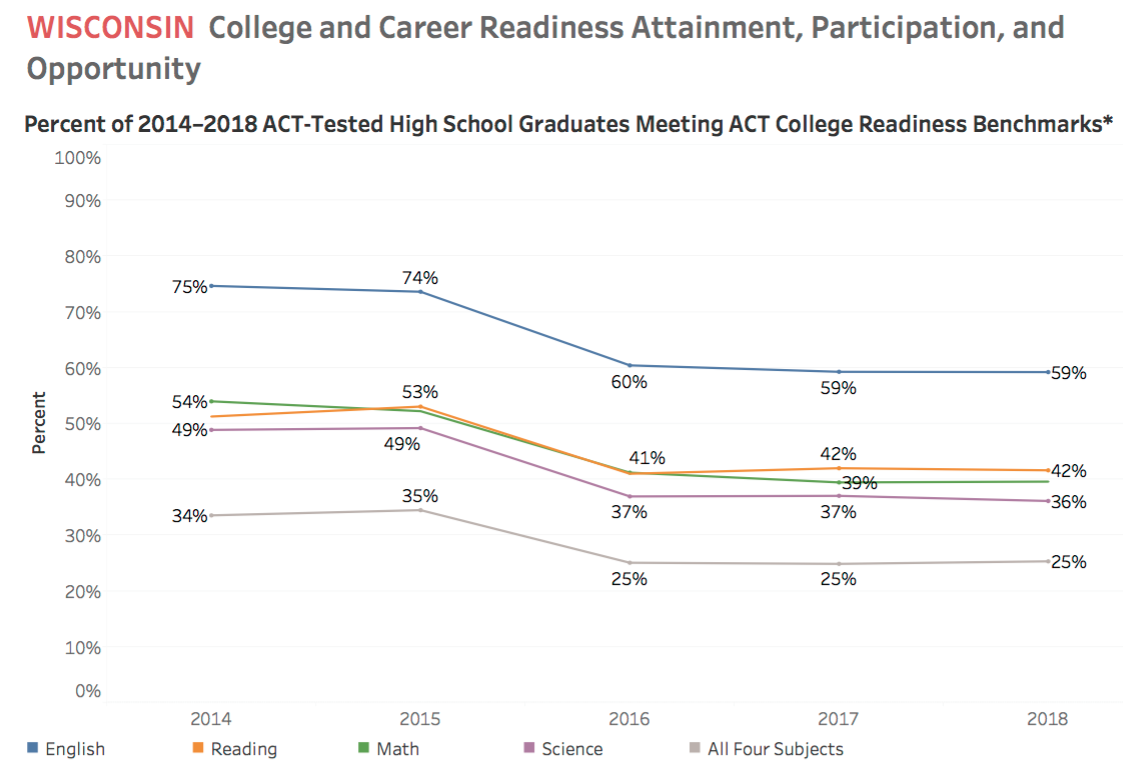 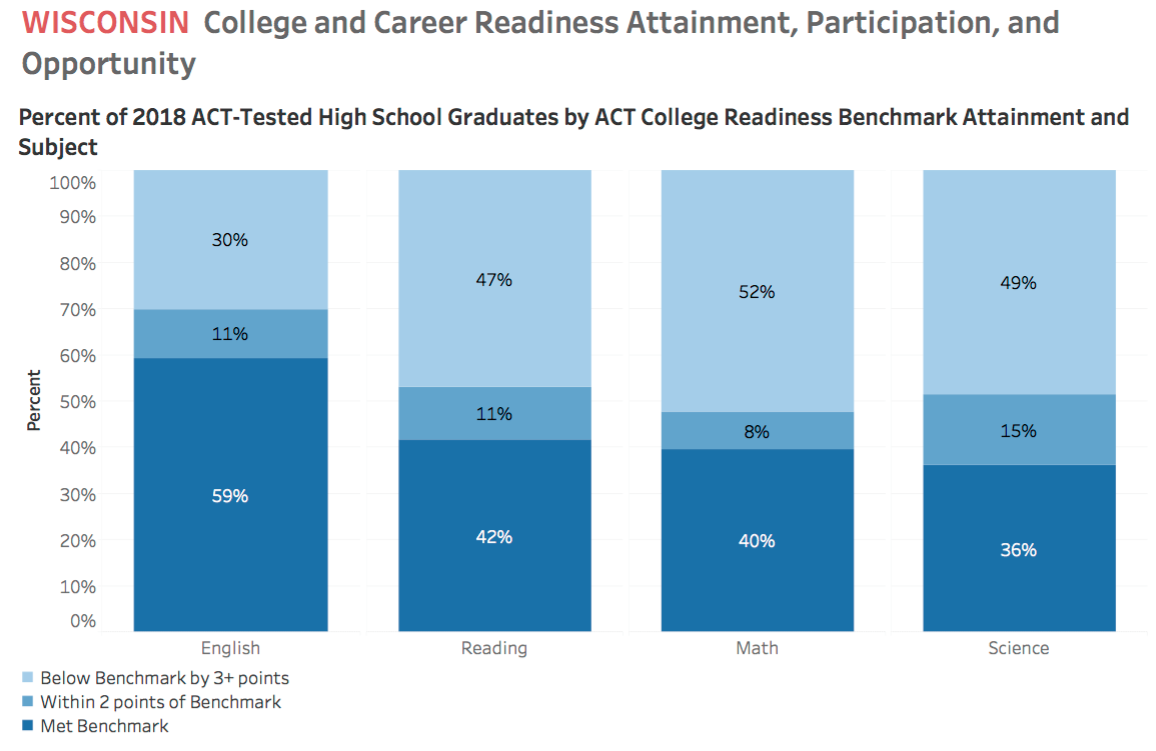 In general, the scores were not positive for students nationwide. Math readiness dropped to its lowest level since 2004, with 40 percent of 2018 graduates meeting the math benchmark. The “benchmark” for that subject suggests students would be ready to succeed in a first-year college algebra class. Students’ overall average score on the ACT math section fell to 20.5 out of 36, its lowest level in more than 20 years.

“STEMs future not adding up well for America,” was the takeaway in the ACT’s press release about the data. While student readiness in math increased from the early 2000s to 2012, reaching a peak of 46 percent college readiness that year, preparedness has since fallen.