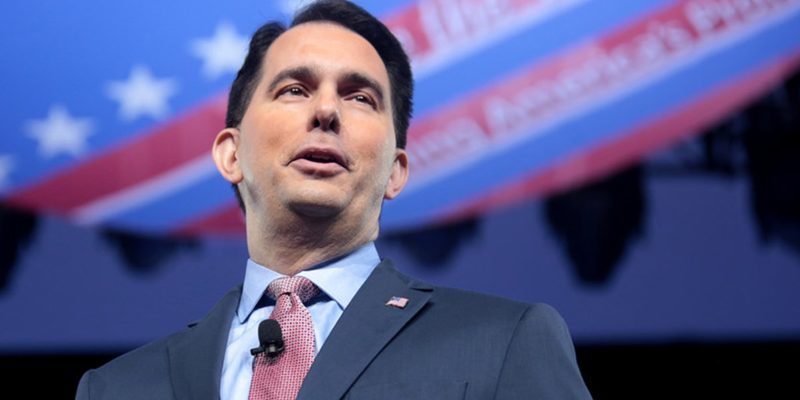 MADISON  – Gov. Scott Walker knows he has a tough campaign battle ahead against Democrat opponent Tony Evers, superintendent of the state Department of Public Instruction.

But Walker, a two-term Republican who has survived three gubernatorial contests in nearly eight years (including his unprecedented victory in the 2012 recall election), says he can beat Evers and the predicted “Blue Wave” if his campaign focuses on the success stories of his tenure.

The campaign will surely point out the positive impacts Walker’s landmark Act 10 reforms of 2011 have had on Wisconsin taxpayers.

As MacIver News Service has reported, the public sector collective bargaining reforms have saved local and state governments well north of $5 billion. Most recently, MacIver News reported on new numbers from the state Department of Administration that show Wisconsin school districts alone have saved more than $3.2 billion in benefits costs, thanks to Act 10.

What hasn’t been as widely known or appreciated – until now – is how much money taxpayers in Wisconsin’s 422 public school districts have saved through a key Act 10 provision that opened up bidding to new insurers for the first time in years.

Act 10 also changed expectations. No longer would the entire burden of ever-escalating premiums be placed solely on the backs of taxpayers.

Public employees are required to contribute at least 12 percent of wages to their health care costs. That provision has delivered huge cost savings to taxpayers.

Before Act 10, 43 percent of all school districts in the state paid their employees’ entire premium on single plans. That number has dropped to 6.4 percent, according to the latest data.

“(School Districts) were able to use our reforms in bidding on health care insurance and making other changes, and asking for reasonable contributions for health care premiums for insurance that is far better, more generous for these employees than many employers have in the state,” Walker told MacIver News Service this week on the Vicki McKenna Show. “Our reforms put more actual dollars into state aid to our schools than ever before.”

The Republican-led biennial budget for 2017-19 includes record education spending, including a $639 million increase. Evers early on called the budget a “pro-kid budget.” He stopped calling it that after he declared his campaign for governor. The superintendent of the state Department of Public Instruction doesn’t much care for Walker referring to himself as the “education governor.”

Evers has pledged to make the “largest investment in early childhood education that our state has ever seen.” He also wants to see the state pick up a larger share of education funding. Such pledges, it appears, would require a huge infusion of tax dollars.

“We do believe in education. That’s why I am the education governor,” he said. “I just believe it should go in the classroom to generate positive results for our students because they are the ones who are going to help us build the workforce of the 21st century.”