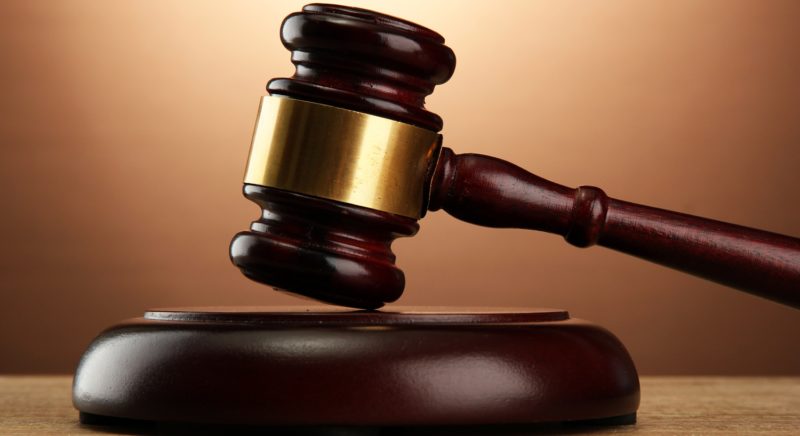 An investigation into allegations of administrative misconduct in the Ozaukee County court system is missing key documents and critical answers, says the judge who sparked the probe. #wiright #wipolitics Click To Tweet

MADISON  – A former Dane County judge may have concluded his investigation into allegations of administrative misconduct in the Ozaukee County Court system, but that’s not the end of this story.

Voiland wants to know whether Koschnick did in fact authorize the release of the report and whether the release was limited to the named parties and the “few reporters” that Dorow chose to share it with.

Ozaukee County Circuit Court Judge Joe Voiland, who originally brought the misconduct allegations, sent a letter this week raising questions about the release of the investigative report and whether the court probe is truly settled. MacIver News Service obtained Voiland’s communication in an information request.

In the letter Voiland’s attorney, Brent Nistler, asks Wisconsin Director of State Courts Randy Koschnick why the report, marked “Confidential” and addressed to Koschnick, was shared with some parties and, according to the release, “a few reporters who have requested updates while this matter has been pending.”

“It appears that the matter remains pending while ‘an appropriate plan of action’ is developed with your Office, and it is also possible (if not likely) that the report has been forwarded up the chain of command for further review,” Nistler wrote.

In his response to the attorney, Koschnick wrote that the report “is a public document, the ‘confidential’ marking notwithstanding. There are no restrictions on distribution to the best of my knowledge.”

Waukesha County Judge Jennifer Dorow, who heads up the Third Judicial Administrative District, signed off on the investigator’s findings and forwarded the 27-page report to Koschnick and some reporters, including MacIver News Service. MacIver broke the story of the accusations of misconduct and detailed widespread dysfunction within the court system in a January investigative story.

“I have reviewed the report and accept its findings and recommendations,” Dorow said in a statement earlier this month. “I will continue my work with the Director of State Courts to establish, consistent with my authority as Chief Judge, an appropriate plan of action. I remain committed to working with all Ozaukee County officials to now move forward in a positive manner.”

Voiland wants to know whether Koschnick did in fact authorize the release of the report and whether the release was limited to the named parties and the “few reporters” that Dorow chose to share it with. More so, he’s asks in the letter, has Koschnick or “any other person or entity” accepted the findings and conclusions of the report.

One of those entities may well be the state Supreme Court. Some of its members, according to multiple sources, have privately raised concerns about the public assertions made by some Ozaukee County court officials in the media.

Former Dane County Judge Patrick Fiedler found there were plenty of mistakes made but no legal wrongdoing. In fact, Fiedler came to a conciliatory conclusion, effectively asking, “Can we all get along?”

After a nearly five-month investigation into the troubled Ozaukee County court system, former Dane County Judge Patrick Fiedler found there were plenty of mistakes made but no legal wrongdoing. In fact, Fiedler came to a conciliatory conclusion, effectively asking, “Can we all get along?”

“In my opinion, the conclusions and findings of this investigation do not hinge on a credibility determination. Everyone who was interviewed was credible. But everyone answered questions from his/her own individual perspective,” Fiedler wrote in the report, released right before the Fourth of July holiday.

The investigator concluded that “there is no basis to believe” that Ozaukee County Clerk of Courts Mary Lou Mueller, the court’s head judge and an administrator violated the law, though Fiedler repeatedly notes Voiland was correct that errors were made by the accused.

The private practice attorney, tapped in February to investigate the allegations, does recommend the Director of State Courts conduct an audit of the Ozaukee County Clerk of Court’s office to determine whether it is in compliance with state statute on its handling of custodial studies and the fees associated with them.

As MacIver News reported earlier this month, much appears missing from Fiedler’s report. He was brought in not long after Mueller accused Voiland in a local newspaper of making “false and unfounded” allegations. As Fielder’s investigation often notes, Voiland’s concerns were indeed founded, but the investigator concluded that Mueller and other administrators had simply made “errors.”

Fielder, too, it seems, was supposed to make a determination on whether court officials violated the law in failing to provide legally required physical placement studies in family court cases. Ozaukee County presiding Judge Paul Malloy earlier had  ordered Court Commissioner Barry Boline to defy Voiland’s orders, according to state investigation documents. Malloy wanted to wait until the Ozaukee County Board came up with a policy to deal with the lapse in services.

Fielder found Voiland was “correct in his allegation about custody studies” while simultaneously insisting that Boline was placed in an “untenable position” because the commissioner had received “inconsistent directions” from the judges. That’s because Voiland ordered Boline to follow the law while Malloy instructed him not to. That would seem to be a significant legal concern. Fiedler didn’t find it so. The investigator thought prudent Malloy’s attempt to “maintain a good relationship with the county board in working toward the passage of a county ordinance.”

Voiland and his attorney believe the report contains “material omissions of information and documentation that were previously provided to the investigator.”

This is the conflict in Fiedler’s finding: As he insists court officials did not break state law on  family court services, he recommends the Director of State Courts conduct an audit of the Ozaukee County Clerk of Courts office to determine if the county was and is in compliance with state statute. That seems to be a question the investigation could have answered.

In a response to Nistler, Koschnick said he would respond to the attorney’s request “as soon as practicable and without delay.”

Koschnick said his office is considering what action to take, if any, in response to Fiedler’s recommended audit. Dorow will handle how best to proceed on Fiedler’s recommendation that officers of the troubled court find ways to get along professionally.

Nistler, Voiland’s attorney, notes the report does not attach or include copies of supporting documentation.

“We do not believe, therefore, that anyone could come to any final decision regarding the report, its findings or its conclusions in its current state,” the letter to Koschnick states. “If you have determined that public comment is appropriate, we ask that you provide us with a copy of the report that is not designated as ‘Confidential,’ as well as copies of all documents gathered by your office and by the investigator incident to the investigation.”

Voiland and his attorney believe the report contains “material omissions of information and documentation that were previously provided to the investigator.” They intend to provide Koschnick any missing documentation, and “ask that any decision regarding the acceptance of the findings and conclusions in the report await the receipt of that documentation,” the letter states.

Fiedler’s report does not note emails, obtained and made public by MacIver News Service, raising questions about Dorow’s potential conflict of interest in ultimately overseeing the investigation. Fiedler doesn’t appear to have requested much in the way of internal communications, relying heavily on the word of the people he interviewed.

“I asked each interviewee to be as truthful and accurate as possible,” the investigator wrote. “I further told them not to assume that I would be asking all of the right questions and that they should feel free to volunteer any information that may helpful.”