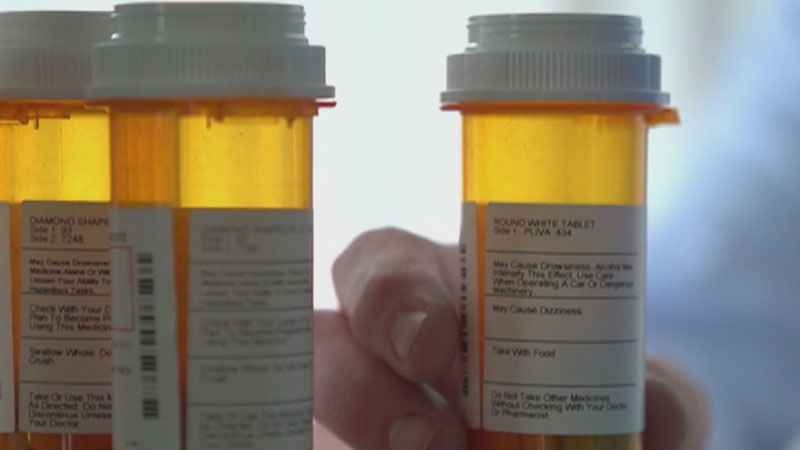 Records obtained by MacIver News show a temperature spike late last year in the Tomah VA pharmacy cost $60,000 in bad medicine and may have been prevented. #wiright #wipolitics Click To Tweet

Gowan had nothing else to add. But the internal emails show there was much more to tell, not the least of which is the indication that VA officials should have known better.

The incident forced the medical center to set up an alarm system that will now alert police when temperature spikes occur, according to scores of email communications and other records obtained in the Freedom of Information Act request.

Many of the documents, however, are redacted, with several pages blacked out. The redactions make it impossible to know if, as sources have told MacIver News Service, the temperature spike had been a problem in the past.

Tomah VA Public Affairs Officer Matthew Gowan in January acknowledged that the “outpatient pharmacy experienced a temperature fluctuation on December 17, 2017, and was fixed the same day,” and that outpatient pharmacy staff “reviewed stability recommendations of its medication inventory and reordered items as necessary.” He said patient care was not affected.

Gowan had nothing else to add. But the internal emails show there was much more to tell, not the least of which is the indication that VA officials should have known better.

The emails also show a communications director who believed MacIver News Service, which broke the story, was blowing the pharmacy’s problems “out of proportion.”

“MacIver Institute – Matt Kittle updated his story that will be read by four people who will be glad to hear him reiterate the words Houilhan, Candy Man, and opioids but add no original reporting,” Gowan wrote to Tomah VA officials on Tuesday, Jan. 9. The names of the recipients of Gowan’s email are blacked out.

Gowan, of course, was referring to disgraced former Tomah VA Medical Center Chief of Staff David Houlihan, the “Candy Man,” the nickname veterans and whistleblowers derisively gave the doctor who had a reputation of overprescribing opioids and other pain medications. The government facility was dubbed “Candy Land” because of the overprescription practices, which led the death of at least one veteran. Houlihan was fired and forced to surrender his medical license in Wisconsin.

And multiple reports came down hard on Tomah VA managers and supervisors for covering up violations and, as a Senate report found, retaliating against whistleblowers who tried to shine light on misconduct. Whistleblowers, according to reports, were often told by supervisors that they were blowing things out of proportion.

Records obtained by MacIver News Service show that a temperature spike in the Tomah VA Medical Center pharmacy cost more than $60,000 in compromised medicine, and that the incident might have been prevented. #wiright #wipolitics Click To Tweet

In late December, sources contacted MacIver News Service to report that the temperature inside the medical center’s outpatient pharmacy spiked to as high as 97 degrees for at least an hour.

According to records, temperatures did spike to 97 degrees, and stayed high longer than sources knew. A bad air compressor in the air conditioning system appears to be the cause of the temperature spike.

“Over the weekend of December 16-17, 2017, Outpatient Pharmacy temperatures rose to a TempTrak recorded 97.3 degrees. Excursions greater than 86 degrees were for about 34 hours,” an email, dated Dec. 20, stated. The author of the email is redacted in the records, but Staci M. Williams, associate director of the VA medical center is copied.

“Consequently, Pharmacy needed to replace existing stock of medications in the main portion of our Outpatient Pharmacy,” the email continues.

The cost for “replacement of pharmaceuticals and supplies” was estimated at $60,000.

“Additionally, we had staff putting in extra time on the 18th to reorder and the 19th to restock shelves so there will be a small spike in our OT budget,” the official noted.

‘Medications need to be protected’

As MacIver News reported at the time, exposure of medicines to high temperatures can reduce their efficacy, in some cases causing serious health problems.

“For patients with such chronic illnesses as diabetes or heart disease, a damaged dose of crucial medicine, like insulin or nitroglycerin, can be life-threatening. But even common medicines can break down with potentially harmful effects, and you can’t always tell by looking at the pill or liquid that a problem has occurred,” Janet Engle, a pharmacist and past president of the American Pharmacists Association told the New York Times in 2011.

Drugs should not be exposed to temperatures higher than 86 degrees, pharmaceutical experts warn.

A Tomah VA official acknowledged as much in an email on the day of the temperature spike.

“Anywhere that we store medications needs to be protected from extreme temps,” the email stated. Again the sender’s name was redacted.

“If we go by the Manufacturer’s suggested range of no more than 86 degrees, we were out of range for 26 hours,” a follow-up email on Dec. 18 reported. The subject line of the email is “Re: Sensor History Report.”

Tomah VA officials were clearly concerned about the integrity of the medicines, emails show. One official noted studies published on particular drugs, such as cholesterol-fighting Simvastatin and Lovastatin, and said one study would help “answer some questions about stability similar to Harvoni,” medication used to treat Hepatitis C.

One email from Williams, with the subject line “destructions of heat excursion medications,” included a three-word response: “Try to recoup.” The next couple of pages of records are blacked out.

“The outpatient pharmacy experienced an extended temperature deviation over the preceding weekend (12-16-12-17). Outpatient pharmacy temperatures were higher than controlled room temperature for 26 hours which adversely affects the integrity of the medication stock,” the issue brief states. Again, further details of the report are blacked out.

A status update email to Williams on Jan. 5 stated that there was no “particular shortage adversely affected by this incident.” The official states that a “majority” of prescriptions were filled within 24 hours after the incident was reported, with “some special orders” taking 48 hours to 72 hours.

“Anything critical to a patient was filled with at least a partial supply so the Veteran would not go without,” the official wrote in the email.

One source, who asked not to be identified, told MacIver News Service earlier this year that pharmacy directors OK’d the release of medications for about four hours, until administrators told them to stop distributing the drugs at around noon. Pharmacy employees were told to tell veterans that there was a “supply issue,” according to the source.

‘Where the ball dropped’

An email to Williams a day after the temperature spike advised that the temperature monitoring system used by the pharmacy was “NOT on the escalation notice to the Police.” A Tomah VA official wrote that police would be alerted after three hours of a temperature deviation.

“At this time, Police are only on refrigerators and freezers since it is easy to determine the concern such as door ajar, unplugged, etc,” the official wrote.

A memo from the company that provides monitoring disputes a Tomah Fire Department daily log stating that at 11:30 a.m. on Dec. 17, the Outpatient Pharmacy was 123 degrees Fahrenheit. The peak, according to the memo, was 97.3 degrees at 11:45 a.m.

The memo explains that a sensor collects temperature readings and transmits data to a website every 15 minutes. The pharmacy sensor is programmed to alarm when the temperature goes above 77 degrees or below 60 degrees after one hour the temperature remains out of range. “The temperature range is based on the manufacturer’s recommendation to safely store shelf medications,” the memo stated.

A VA official cited multiple FOIA exemptions for denying portions of MacIver News requests, including information on whether the pharmacy’s climate-control system encountered problems in the past.

The monitoring system sends alerts to pharmacy officials, including the supervisor, secretary, pharmacists and key technicians, according to an email from an official to Williams, the associate director of the VA medical campus, and others. If no one responds, an alert is sent to the Police Department to respond. Police and firefighters work together in responding to the alarm. But the outpatient and inpatient pharmacies and “IV room” were not on the monitoring escalation notification at the time of the incident, according to the official.

“(T)his is where the ball dropped on this issue,” the official wrote.

Was the problem preventable? a manager asked in the email.

“It is now preventable as the system has been set to escalate to a higher level when no response to the alarm is received. That was not in place prior to Monday, 12/18/17,” the staff member responded.

After Tomah VA Medical Center officials declined to answer follow-up questions, MacIver News Service sought internal communications regarding the temperature spike through the federal Freedom of Information Act. The records request took more than three months to fill. A VA official cited multiple FOIA exemptions for denying portions of MacIver News requests, including information on whether the pharmacy’s climate-control system encountered problems in the past.

Gowan, the Tomah VA medical center spokesman, reiterated that no compromised medicine went out to patients.

As to his comments about MacIver News Service blowing the story out of proportion, Gowan said that he stands by the content of his email communications.