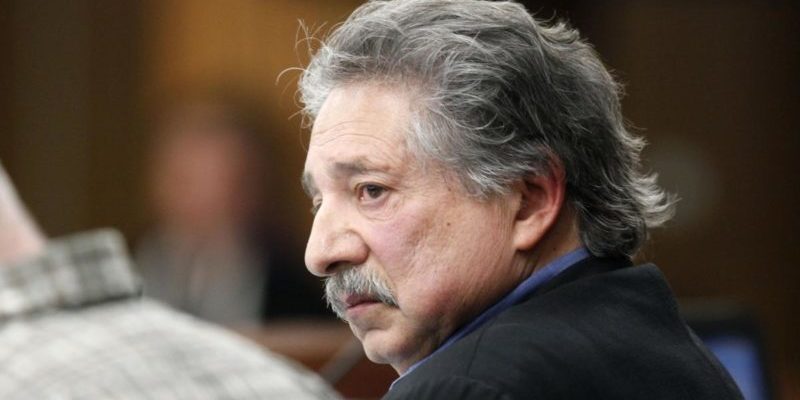 Soglin, the left-wing mayor who once gave the key to his city to Cuba’s dead-and-buried communist despot Fidel Castro, remains a tax-and-spend liberal at heart. #wiright #wipolitics Click To Tweet

MADISON, Wis. – Big Government Mayor Paul Soglin says he wants his departments to keep a close eye on spending, even as the city can’t seem to quit a costly broadband-for-all plan.

Soglin, who has spent a good portion of his life leading liberal Madison, almost sounds like a conservative – employing verbs like “limit,” “scrutinize” and “prioritize” in his 2019 Capital Budget Instructions and Target message to department heads.

Despite Soglin’s professed fiscal restraint, the city continues to pursue its Fiber to the Premises initiative, a program that could cost taxpayers more than $100 million.

But the left-wing mayor who once gave a key to his city to Cuba’s dead-and-buried communist despot, Fidel Castro, remains a tax-and-spend liberal at heart.

In his message, Soglin notes $100 million-plus in capital improvement projects in just three sentences. Not surprisingly, the city’s general obligation debt has more than doubled over the past 10 years and debt service has “increased much faster than the overall budget,” the mayor notes.

So Soglin, the Democrat who would like to be Wisconsin’s next governor, asserts it’s time to tighten the purse strings – in a liberal approach to fiscal responsibility. Expressing concern for Madison taxpayers (residing in a county that has often posted the highest property tax burden in the state), he proclaims “rapid growth” in the city’s capital budget has “serious implications.”

“Projects that extend the life of or replace existing infrastructure should be given higher priority over new facilities and projects that increase operating costs,” the mayor advised department leaders.

Yet, the city continues to pursue its Fiber to the Premises (FTTP) initiative, a program that could cost taxpayers more than $100 million.

Even after an expensive experiment with taxpayer money on a failed pilot program to bring low-cost Internet service to four low-income neighborhoods, the city’s Digital Technology Committee seems hellbent on forging ahead with an even costlier campaign to close the so-called digital divide.

Committee members last month asked the city’s techies to come up with a list of “Lessons Learned” from the failed pilot program in their pursuit of a “ubiquitous” city-wide fiber network that one feasibility study estimates would cost Madison taxpayers more than $140 million. The city bureaucrats seem reluctant to include any lessons from the failed pilot project in their new report.

The committee was supposed to meet Monday, but will have to reschedule after improperly noticing the meeting.

Broadband experts say Madison is one of the most digitally connected cities in the country, thanks to the private sector, not the government. In recent years, providers have rolled out low-cost, high-speed broadband service.

An earlier survey found that about 95 percent of city respondents had some form of Internet connection, with 89 percent reporting home Internet service.

In November, after a MacIver News Service story exposing the failed pilot project, city chief information officer Paul Kronberger told the Wisconsin State Journal that the effort was well worth the delays and setbacks.

Others are not so sure.

It would be a stretch to say the broadband-for-all initiative fits into capital projects that “extend the life of or replace existing infrastructure.”

“Are we filling a need or are we just another option to existing options …?” committee member Thomas Mack asked his colleagues at last month’s meeting.

It would be a stretch to say the broadband-for-all initiative fits into capital projects that “extend the life of or replace existing infrastructure.” As Soglin told his department heads, new facilities and projects that increase operating costs should be a lower priority in the next budget. And the Fiber to the Premises plan definitely would increase city operating costs.

The mayor was high on the “Connecting Madison” initiative in 2016, when he and others formerly rolled out the program. How does he feel about it today? Soglin did not return MacIver News Service’s calls seeking comment Tuesday, but he told city officials that he wants to prioritize “projects that help promote upward mobility and racial equity for Madison residents.”

Of course, Soglin, ever the partisan, blames President Trump and Gov. Scott Walker for the “difficult choices ahead” his city faces, as if Republicans demanded Madison pump untold hundreds of millions of dollars into failed progressive initiatives.

It’s important that Soglin know when to say when. There’s a hint of that fiscal reality in his capital budget projects. But will the Big Government mayor and Madison’s tax-and-spend city council really get real? Realizing the uselessness of a boondoggle, taxpayer-subsidized broadband-for-all initiative would be a good first step.