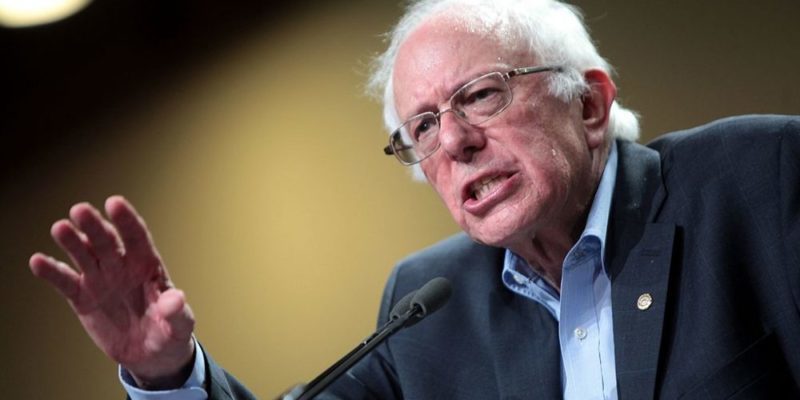 MADISON, Wis. – Josh Herr knows how it feels to deal with a union that won’t take no for an answer.

The Kohler Co. employee says he faced repeated harassment and thinly veiled threats from United Auto Workers local bosses long after he made clear he didn’t want to join the union.

“Laws that give workers the right to work wherever they choose without pressure from union bosses are fundamental to protecting freedom,” said Walker spokeswoman Amy Hasenberg.

As MacIver News Service first reported in February, Herr found a sign on the back of the plant punch clock praising 19 Kohler workers who had started paying union dues. Each name was accompanied by a gold star.

At the bottom it declared in red: “Pottery member that refuses to join the Union.” Joshua Herr, machine cast operator, the union sign boldly stated, is “Not a Union Brother.”

“I know a lot of people who don’t think it’s (union membership) necessary, that you need it, so why would I pay for it?” Herr told MacIver News Service Thursday. “To be forced to pay for it, it doesn’t make sense.”

It is sponsored by some of the most left-leaning politicians in America, including U.S. Sen. Tammy Baldwin (D-Madison), who heartily endorsed the campaign to take away a worker’s right to choose.

The so-called Workplace Democracy Act would kill Section 14(b) of the 1947 Taft Hartley Act, forcing union #resisters like Herr to pay dues to labor groups they don’t agree with.

“We can talk about the many terrible specific provisions here, but when you look at the big picture what you will see is a vision of America where every worker has to join a union and pay dues,” said Patrick Semmens, vice president of Public Information at the National Right to Work Legal Defense Foundation. The nonprofit organization’s mission is to “eliminate coercive union power and compulsory unionism abuses” through targeted litigation, as well as public education campaigns.

Semmens said the Bernie bill would wipe out the right-to-work laws in 28 states, including Wisconsin’s. #wiright #wipolitics Click To Tweet

With his signature, Gov. Scott Walker made Wisconsin the 25th right-to-work state in 2015.

“Laws that give workers the right to work wherever they choose without pressure from union bosses are fundamental to protecting freedom,” Amy Hasenberg, spokeswoman for the governor, said in an email.

With Republicans squarely in control of the Legislature and the Oval Office, the big labor bill doesn’t stand a chance of moving. But it’s an indicator of just how far to the left progressives want to take the nation – on labor law and so much more.

The bill also would eliminate secret elections allowing union organizers to “bully workers” and pressure them into voting for union representation, Semmens said. A government arbitrator would be allowed to impose final contract language, including forced union dues, against the will of employees, according to the provisions of the “Workplace Democracy Act.”

The union dues would certainly go to the Democratic Party.

In the last election cycle, big labor spent at least $1.7 billion on politics, money dumped into all kinds of liberal causes and candidates, according to a Right To Work Legal Defense Foundation analysis, Semmens said.

“This is something I’ve never understood, that people think right to work hurts unions. To me, it helps them,” said Gary Casteel, UAW Secretary-Treasurer in 2014.

In a statement earlier this month, Pocan boasted that the bill takes on “Republicans like President Trump and Governor Walker,” who, Pocan asserts, “continue to crack down on unions and push a special interest, corporate-driven agenda that makes it harder for middle class families to get ahead.”

“The Workplace Democracy Act restores real bargaining rights to workers and repeals the right to work laws like those that Governor Walker has used to undercut American workers.”

Such approval ratings would denote that unions still have value for a majority of workers, but the numbers don’t add up. Workers with a choice are voting with their feet.

U.S. union membership, at 10.7 percent of wage and salary workers, was unchanged in 2017, according to the U.S. Bureau of Labor Statistics. A total of 14.8 million workers were union members in 2017, up about 262,000 from the previous year. But membership is down substantially since 1983, the first year the government began comprehensively tracking the data. Then, one in every five American workers was a member of an organized labor group, representing some 17.7 million people.

Union membership has plummeted in the Badger State in the wake of the Act 10 and the right-to-work reforms led by Walker and the Republican-controlled Legislature. Those reforms gave public and private sector employees the right to choose whether they wanted to be in a union.

“This is something I’ve never understood, that people think right to work hurts unions. To me, it helps them,” Gary Casteel, UAW Secretary-Treasurer, said in 2014, when he served as the union’s Southern region director. “You don’t have to belong if you don’t want to. So if I go to an organizing drive, I can tell these workers, ‘If you don’t like this arrangement, you don’t have to belong.’ Versus, ‘If we get 50 percent of you, then all of you have to belong, whether you like to or not.’ I don’t even like the way that sounds, because it’s a voluntary system, and if you don’t think the system’s earning its keep, then you don’t have to pay.”

As James Sherk, Research Fellow in Labor Policy at the Heritage Foundation, has noted, the U.S. Supreme Court has repeatedly ruled that labor laws allow unions to negotiate contracts covering only dues-paying members. The problem comes down to exclusivity.

The U.S. Supreme Court has repeatedly ruled that labor laws allow unions to negotiate contracts covering only dues-paying members. The problem comes down to exclusivity.

It’s not merely left-wingers at the federal level that want to see the death of workplace freedom laws. Members of the crowded field of Democratic candidates for Wisconsin governor say they would do away with such protections.

“Tony opposes Act 10, Right-to-work and changes made by the GOP to Wisconsin’s prevailing wage laws,” an on-the-issues statement from Wisconsin Department of Public Instruction superintendent and Dem candidate for governor Tony Evers declares. “He also would support repealing legislation that eliminates the opportunity for local communities to pass living wages and other pro-worker protection policies.”

Herr, the Kohler employee who battled the union, finds it “ridiculous” that he would be forced to pay for a labor group that spends so much of its money on liberal causes he doesn’t support. The Local UAW that represents Kohler reportedly took in $1 million in dues last year from Kohler employees alone.

“That’s straight into their pockets. And if it’s forced, they are getting that much more money out of working-class people,” Herr said.

As the U.S. economy surges, wages rise and employment hits historic lows, unions are having a harder time making a case for the “benefits” of union representation. Semmens said Pocan, Baldwin, Sanders and their far-left friends are pushing the same old class warfare narrative, which is a disconnect from the intent of their bill.