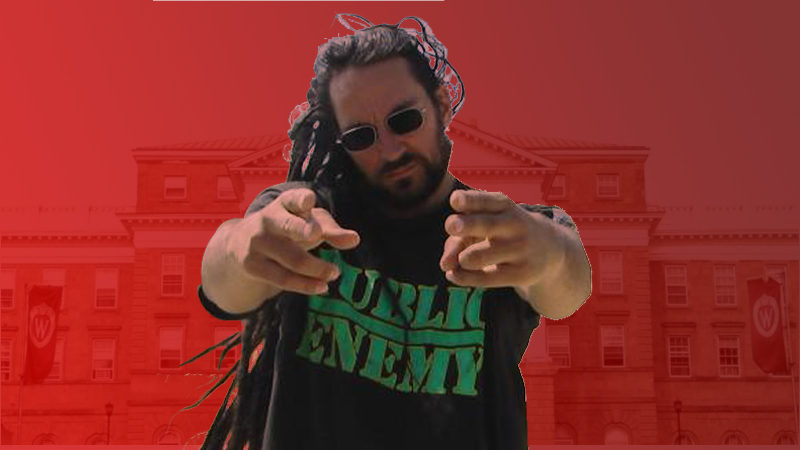 MADISON, Wis. – Should Wisconsin taxpayers pay for a class taught by a “radical socialist” that believes “HipHop culture can help make the world more just?”

ProfessorD.us warned students, “don’t write about how I’m forcing my liberal views on you–I’m a radical socialist. At least get that right.”

As first reported by Vicki McKenna on WIBA on Feb. 5, UW offers a class called “Global HipHop and Social Justice,” which aims to study how HipHop has influenced political movements across the world.

ProfessorD.us explains in his course syllabus that the class “explores how HipHop, a quintessential manifestation of African American culture, is adopted and adapted by African youth to fight for social justice and democracy in their local contexts.”

The class sets out to answer some of the greatest questions facing humankind.

“We begin by asking what is ‘HipHop,’ what is ‘social justice,’ and what is their relationship.”

Some, however, are not thrilled that taxpayers’ support of the University of Wisconsin system is being used to offer this course.

A student enrolled in ProfessorD.us’ class shared with MacIver what students experienced during the lecture.

“Professor Sajnani made it clear on one of the first days of classes that if you had a problem with his teaching that you should just write it on the teacher evaluation form at the end of the semester. [He also said] “don’t write about how I’m forcing my liberal views on you–I’m a radical socialist. At least get that right.”

The mother of a student enrolled in the class also questioned the appropriateness of the class. “They should then pull funding or any costs provided by taxpayers for such courses,”

The MacIver Institute is not naming the student or the parents because they fear there will be retaliation if they speak out. The student is afraid to speak out because there are many on campus “who are not shy about bashing anyone and anything conservative or Republican.”

This is not the first time that a class at the UW has been questioned as a waste of taxpayer money.

During deliberations over the past state budget, the MacIver Institute published the “Top Five Wasteful Classes in the UW System.”

UW student and MacIver intern Jessica Murphy, the author of the article, was threatened online for daring to question such classes as “Teaching for Social Justice” and “Exploring White Privilege.”

Students enrolled in “Global Hip Hop and Social Justice” are required to purchase ProfessorD.us’s album as class material, and it is recommended that they purchase the CD from his website. The website also sells t-shirts stating “Bush is the real terrorist.”

ProfessorD.us has worn a t-shirt in class with the words “Not My President” and the Republican Party elephant with Trump hair on it.

In addition to exploring the professor’s own political beliefs as expressed in his music, the class also takes an entire week to scrutinize the cultural appropriation of white and non-black artists who dare perform HipHop.

Professor Sajnani was paid nearly $78,000 in his first year as an assistant professor of UW-Madison, according to the Wisconsin State Journal database. In addition to his salary, ProfessorD.us receives generous benefits paid for by Wisconsin taxpayers.

“This class is an absolute joke. It’s just a platform for Professor Sajnani to whine and complain,” the student said.

The mother put it bluntly.

“This class is not, in my opinion, anything worthy of taxpayer and student financial support.”