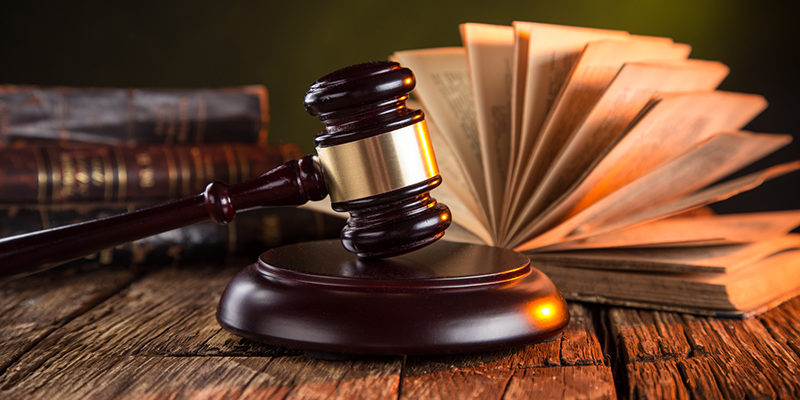 Three former agents in Wisconsin's infamous John Doe investigation are now being represented by attorneys at taxpayer expense, a spokeswoman for the governor's office confirmed. #wiright #wipolitics Click To Tweet

Francis Schmitz, who served as special prosecutor in the unconstitutional probe into dozens of conservative groups and Gov. Scott Walker’s campaign, requested and was “appointed special counsel relating to the John Doe proceedings,” Walker spokeswoman Amy Hasenberg wrote in an email to MacIver News Service.

Nathan Judnic, the staff attorney at the disbanded Government Accountability Board who worked on the John Doe, also has an attorney representing him at taxpayer expense. As has Jonathan Becker, the GAB’s long-time Ethics Division director and managing agent in the probe.

In one of the many ironies in the John Doe saga, agents who drove the political investigation against Walker and fellow conservatives are now being represented by attorneys appointed by the governor’s office.

As in previous instances in which the governor’s office was asked to appoint legal counsel in John Doe-related matters, Walker was not involved in the process.

Schimel sought remedial contempt; “in other words, the John Doe Judge should order the individuals who created and own these accounts to close them and to ensure that no secret and/or sealed materials remain on Google or Dropbox servers.”

Many of the former John Doe agents and their attorneys appeared in Kelley’s court earlier this month.

Schmitz, the former John Doe special prosecutor, was castigated in a 2015 majority opinion by the state Supreme Court as having instigated a “perfect storm of wrongs that was visited upon the innocent” targets of the unconstitutional probe. The court, in a 4-2 decision, declared the investigation unconstitutional and ordered it closed.

A bill that would create a legislative committee to investigate the John Doe investigators has gotten a lukewarm reception from Republican lawmakers. #wiright #wipolitics Click To Tweet

Schmitz is being represented by attorney Samuel Hall of Milwaukee firm Crivello Carlson. Hall was tapped last summer to provide legal counsel for the Wisconsin Ethics Commission, successor of the GAB, as the Department of Justice investigated illegal leaks of John Doe documents to liberal publication, The Guardian.

The governor’s office did not respond to MacIver News Service’s follow-up request for contract information on the attorneys representing the former John Doe agents, but Hall’s previous contract showed the state was to pay him at a blended rate of $175 per hour.

Walker’s spokeswoman said no other requests for special counsel have been made it this time.

The others former John Doe agents facing contempt of court charges include a former and current assistant district attorney from the Milwaukee County District Attorney’s office, and former GAB attorney Shane Falk. Falk also could be facing discipline from the Office of Lawyer Regulation.

Meanwhile, a bill that would create a legislative committee to investigate the John Doe investigators has gotten a lukewarm reception from Republican lawmakers.

As of Monday, the legislation, authored by Sen. David Craig (R-Town of Vernon) and Rep. Joe Sanfelippo (R-West Allis), had picked up just eight other co-sponsors in the Assembly, and just three others in the Senate.

“The message we’ve gotten back in the Legislature is more of the same – a lack of interest in actually getting to the bottom of this thing,” Craig told MacIver News Service last week on the Dan O’Donnell Show. “That is the most startling thing, that we can sit by in the Legislature as conservatives, see what has happened, what the left has done in weaponizing the government, and for Legislative Republicans to sit on their hands and say, ‘This is not the time to do this, this will sort itself out,’ all of the random excuses that are floating around the Capitol right now.”

Craig and Sanfelippo released the bill for co-sponsorship more than a week ago.

The measure would create a bicameral committee – with subpoena power – to look into the conduct and activities of the former Government Accountability Board and staff.

The GAB was disbanded in 2016 by the Republican-controlled Legislature in large part because of the “nonpartisan” agency’s integral role in Wisconsin’s politically driven John Doe investigations.

But the bill, Craig said, would protect the identities and personal information of the people who had their lives ripped apart through raids and interrogations, the many conservatives who were spied on for years by government agents for the “crime” of employing their First Amendment rights.

“A subpoena issued under this subsection may not summon or compel production or disclosure of personal identifying information of uncharged persons or organizations or of trade secrets,” the bill states.

Craig knows there isn’t much time to get the bill through the Legislature, with floor session set to conclude in the next couple of weeks.

“We have to get to the bottom of this. We have to demonstrate what happens when big government policies are pervasive in the state, how that makes civil liberties sacrificed at the altar of big government,” the senator said. “We have to do our due diligence in the Legislature to make sure it doesn’t happen again. The only way we can do that is if we have sworn testimony from the individuals that were involved.”