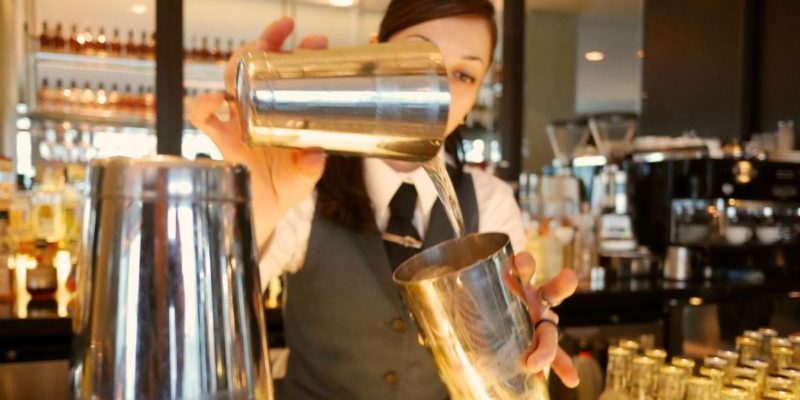 “We see no road that it can come back to life,” Mike Mikalsen, spokesman for Sen. Steve Naas (R-Whitewater), said Tuesday.

Just days after its introduction, a committee vote on the “Alcohol Czar” bill was cancelled following an outpouring of opposition.

The controversial bill was blasted on nearly every side of Wisconsin’s alcohol industry – from crafter brewers and distillers to wineries and the state’s largest beer maker.

On Friday, the Senate Committee Economic Development, Commerce and Local Government abruptly canceled its executive meeting at which it planned to vote on the bill. Some committee members had come out against the bill following highly critical testimony during a public hearing the day before.

The measure would transfer agents and the alcohol enforcement mission from the state Department of Revenue to a new Office of Alcohol Beverages Enforcement.

The #AlcoholCzar measure would transfer agents and the alcohol enforcement mission from the state Department of Revenue to a new Office of Alcohol Beverages Enforcement. #wiright #wipolitics Click To Tweet

A director, appointed by the governor and confirmed by the Senate, would lead the agency and have the authority to hire six additional agents.

The agency would have broad authority to enforce Wisconsin’s complicated and protectionist three-tier alcohol production, distribution, and sales laws. Its agents, like those at Revenue, would have the power to make warrantless arrests.

Senate Bill 801, as it is listed, also would grant a special exemption to the Kohler American Resort to distribute on its properties the popular chocolate brandy it makes.

Mikalsen said there is a slim chance the Kohler carveout could be pushed as a separate bill before the end of the session, but the time is fleeting.

The bill has been on the fast-track since MacIver News Service first reported last Tuesday of its existence.

The bill’s co-author, Senate Majority Leader Scott Fitzgerald (R-Juneau), has defended the bill, asserting a decline in enforcement activity at the Department of Revenue in the wake of a key retirement.

“None of the laws related to the regulation of alcohol are changed under this proposal,” Fitzgerald told the committee on Thursday. “The existing authority is transferred to the office. The main change creates an organizational chart with one person at top so everyone knows who they can go to for clear answers.”

But if that’s the case, critics say, why not fill the vacant position at DOR and emphasize enforcement? Gov. Scott Walker, they said, could do that at any time.

MillerCoors has expressed as much in its opposition to the bill. In a letter to legislators, the mega brewer said DOR has been “effectively and efficiently” regulating the alcohol industry in the state since Prohibition. Reduce regulation, don’t increase it, the company wrote.

“Creation of a new agency is a flawed solution in search of a problem that does not exist,” the letter states. “It will increase government spending and bureaucracy.”

Fitzgerald said the “uniform messages across the board” from MillerCoors to the wineries is that “there’s just no enforcement right now in the alcohol laws and that has to be changed.”

A spokesman for the majority leader did not return a request for comment Tuesday.

Mikalsen said Fitzgerald was in a tough spot because enforcement is indeed an issue, although each of the tiers points to the others as the “problem child.”

Distillers, craft brewers, MillerCoors and others have all publicly stated that enforcement is not the problem; the three-tier law that locks out competition and innovation is.

“Chapter 125 is broken. All parties agree we need to get everyone at the table to fix it,” Eric Bott, state director of Americans for Prosperity Wisconsin, said of Wisconsin’s three-tier law.

The craft brewers, distillers and others say they were left out of the discussions on the bill, said to have been driven by some of the distributors and the Wisconsin Tavern League.

Some critics of the legislation remain skeptical that it will be dead long. A similar proposal pushed last summer was thought to have been mothballed until Senate Bill 801 popped up last week.

But Bott said the bill has a lot opponents in the Republican-controlled Senate.

“There is just not any support at this time for the proposal,” he said.