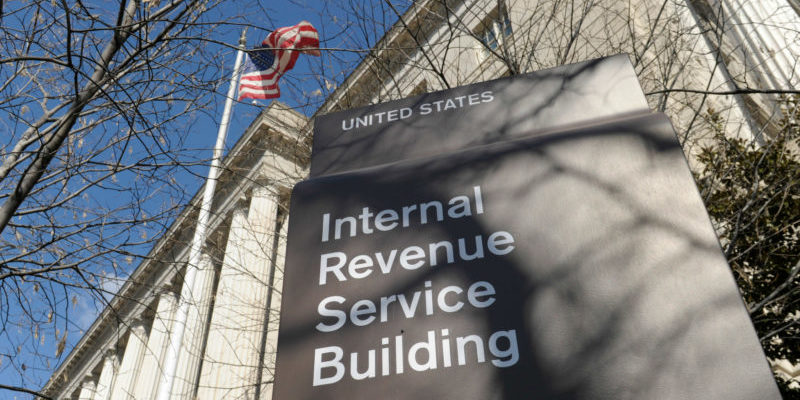 The Rock River Patriots were pushed around by the IRS for 2+ yrs. Now the IRS is paying... Click To Tweet While the IRS admits no wrongdoing, the federal government has agreed to a 'generous settlement.' Click To Tweet

MADISON, Wis. – Marve Munyon and the Rock River Patriots were pushed around by the Internal Revenue Service for more than two years.

Now they’re about to be paid for the IRS’ bureaucratic transgressions.

In late 2014, the southern Wisconsin group of liberty-minded citizens with the tea party-sounding name gave up its odyssey of attempting to obtain 501(c)(4), tax-exempt status. This after being scrutinized and bled by a thousand bureaucratic paper cuts.

The Rock River Patriots continued to operate as a for-profit entity – if you call the scant proceeds taken in from a donation box at its monthly meetings a profitable concern.

“It was an ongoing battle and we finally just gave up,” Munyon told MacIver News Service this week. “We deduced we couldn’t fight the IRS, but we decided to go ahead with what we were trying to do.”

“We are a hand-to-mouth operation. We don’t make a lot of money,” Munyon added. “We give away about everything we can … that’s how we operate. None of us are salaried or anything like that. We’re just a group trying to inform the public.”

The Patriots joined more than 400 conservative groups nationwide in a class-action lawsuit alleging the IRS illegally targeted them based on their ideological beliefs.

Last week, after more than four years of legal battles, word came down that the federal government had settled the suit.

Munyon was pleased, but in a validated-if-not-compensated kind of way.

“I don’t know what the settlement means, whether it’s going to do anything or not,” he said. “If they remunerate us with anything it will be a miracle. We’re not going to spend any money until we get the check.”

Compensation is on the way, according to an attorney for the plaintiffs.

While the IRS admits no wrongdoing, the federal government has agreed to a “generous settlement.”

Edward Greim, attorney for Graves Garrett LLC, the Kansas City, Mo. firm that led the class-action lawsuit against the government, told MacIver News Service that the settlement is in the “seven figures,” but he could not provide specific numbers.

“Uncle Sam has agreed to pay out to every single one of the targeted groups that stayed in the lawsuit what would come out to be several thousand dollars (each) as damages for what they did to the groups,” Greim told MacIver News this week on the Vicki McKenna Show.

Greim said the lawsuit appears to be the first class-action that has ever been certified against the government for such a case and “certainly the first time the government has come out with substantial money for each of the targeted class members.”

The lawsuit’s findings counter initial IRS claims that just a few rogue agents in a Cincinnati were involved in excessively scrutinizing and delaying applications by conservative groups.

“In fact we learned that the IRS has all kinds of detailed policies about how they treat applicants,” Greim said. “Those policies are so detailed that you can simply choose one particular element of one policy and use it to your advantage to target someone. So the very mechanisms put in place to control the way groups are treated can be very easily twisted and turned against those groups to break off a section and handle them sort of in another room all by themselves.”

There are at least six Wisconsin-based organization on the list of 426 plaintiffs in the class-action lawsuit, according to a case spreadsheet obtained by MacIver News. The members include:

There were two main lawsuits against the IRS. The mainstream media has focused exclusively on litigation by the American Center for Law & Justice. ACLJ, just hours before the class-action settlement was released, announced that it had “just obtained a resounding victory in our legal challenge to the IRS’s political targeting of conservative organizations.”

That settlement included no monetary damages, but the IRS did admit in federal court that it wrongfully targeted tea party and conservative groups during the Obama administration.

“For such treatment, the IRS expresses its sincere apology,” the court documents state.

“The IRS’ use … of heightened scrutiny was wrong and should never have occurred,” he said in a statement. “It is improper for the IRS to single out groups for different treatment based on their names or ideological positions.”

The class-action lawsuit pursued by Graves Garrett includes several liberal organizations as members. That’s not the attorneys’ doing and it’s not because left-wing groups were targeted, Greim said.

Obama’s Department of Justice in creating the list used the four criteria the IRS established in illegally identifying the nonprofit applicants for enhanced scrutiny.

“So the judge went into the record, pulled those four criteria out, and said everybody who was separated out between 2010 and 2013 using at least one of these four criteria will go into the files,” Greim said. “The list we have today is really the DOJ’s own admission about who was targeted using the four criteria.”

But the addition of the left-wing organizations were either a mistake or the result of something more sinister, Greim said.

“Another explanation is the government itself realized what was happening and late in the process decided they needed a couple liberal groups in there,” the attorney said. “But if that’s what they did, that’s just as wrong as targeting conservative groups. They would have been chosen based on their ideology to cover up the earlier targeting of conservative groups.”

Greim said the settlement is just the beginning. He said the class-action lawsuit generated a good deal of information not made public.

“There are transcripts and depositions we want to release but we can’t release yet,” Greim said. “At the end of the day, that’s the real resolution, is for people to understand what truly happened … I think the emails and the testimony say it all and we are really looking forward to rolling that out in the coming months.”

Munyon and the Rock River Patriots just want the government out of their business.