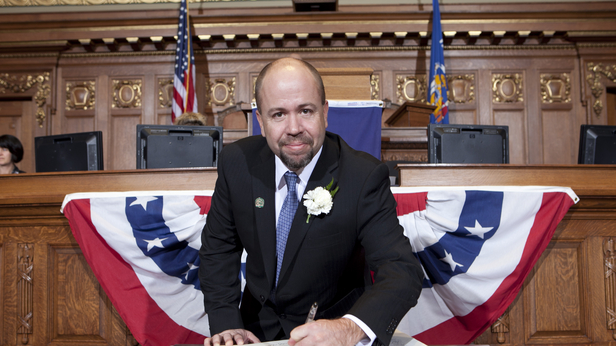 That’s why the Assembly is taking the lead on the Mining for America Act.

The legislation, authored by Sen. Tom Tiffany (R-Hazelhurst) and Rep. Rob Hutton (R-Brookfield) would lift a moratorium on nonferrous mining in northern Wisconsin.

The Senate was supposed to take the lead, but as MacIver News Service first reported this week, four reluctant Republican senators have put the bill’s fate in doubt.

“Once it became clear they were having some issues in their caucus, we found that it was necessary, especially on a big issue like this … that we needed to take it up first and hopefully provide the impetus behind the bill it needs to clear the Senate yet this fall,” Steineke told MacIver News Service Tuesday on the Vicki McKenna Show.

The Kaukauna Republican said if the Assembly had waited for the Senate to act, it would likely have meant the lower house couldn’t take action until January, something Assembly leadership found “unacceptable.”

Tiffany told MacIver News on Friday that he had 16 votes, not the 17 he’ll need to pass the bill. The legislation aims to end a 20-year ban on copper, gold, silver, and zinc mining.

Capitol sources confirmed Wednesday that the holdouts continue to hold out. They include: Sen. Robert Cowles (R-Green Bay), a no vote; Sen. Jerry Petrowski (R-Marathon) who is looking for amendments to address his concerns with the bill; Sen. Sheila Harsdorf (R-River Falls), reluctant, as is Sen. Luther Olsen (R-Ripon).

Steineke praised the bill’s authors for putting together broad support, including buy-in from organizations that have opposed reopening sulfide mining.

“I’m not sure exactly what the hesitation is with some of the senators in the Senate, but hopefully, given a little more time and with the Assembly taking action first, that will give them the necessary push for them to get over the finish line,” he said.

Environmentalists and tribal officials are against the legislation, as are their allies on the left side of the aisle.

Supporters say reopening mining would be a huge boon to northern Wisconsin, a region of the state often left out of economic opportunities.

“It’s unfortunate they couldn’t find a way to support it, especially because people in the northern part of Wisconsin, they’re struggling still. The economy hasn’t caught up to them up there,” Steineke said. “We need to do as a state whatever we can to create the kind of opportunities they deserve to make their lives better as well.”

The Assembly also plans to take up a bill that would clearly prohibit state tax dollars going to abortion providers in Wisconsin.

Another proposal would end the 120-hour education requirement for certified nursing assistants. Steineke said most states have a 75-hour training mandate. With a severe CNA shortage in the Badger State, the lawmaker said it’s time to lift “this bigger hurdle in place for no real reason.”

“Federal requirements are suitable for CNAs. We’re just going to federalize it so we can get more certified nursing assistants in place,” Steineke said.