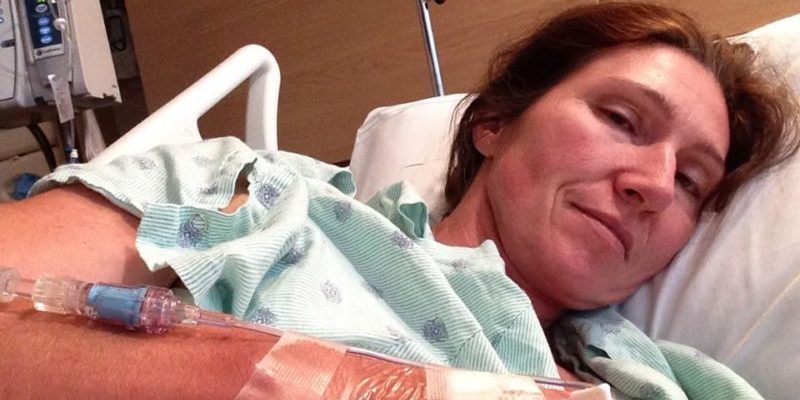 MADISON, Wis. – University of Wisconsin-Platteville whistleblower Sabina Burton will have one more opportunity to argue for her job, going up against what the exiled Criminal Justice professor describes as a tainted process led by a “kangaroo court.”

What’s at stake is nothing less than academic freedom and the protection of university whistleblowers, Burton asserts.

“That’s what I’m fighting for… People who do the right thing get punished and can’t win,” she told MacIver News Service.

The last of three faculty committee hearings is scheduled for 6 p.m. today on campus.

Burton, who blew the whistle on allegations of misconduct by administrators, faces dismissal following an administration-launched investigation into her conduct. UW-Platteville administrators accuse the tenured professor of engaging in “disrespectful, harassing and intimidating behavior” toward her colleagues. Burton counters that she has been retaliated and discriminated against ever since October 2012, when she blew the whistle on male Criminal Justice professor accused of sexually harassing a female student.

The faculty committee is charged with making a recommendation. The University of Wisconsin System Board of Regents could ultimately decide Burton’s professional fate.

Burton asserts administration has not established just cause to fire her. More so, she alleges the university has denied her due process, failed to follow procedural law, curtailed the professor’s time to adequately defend herself, and blocked her right to question her accusers.

“If this were a judicial proceeding, it would take several days. There is no equitable or rule-based justification for truncating the (process) as it has been done,” Robert Kasieta, Burton’s attorney, wrote in a list of objections to the faculty panel chairwoman, Professor Susan Hansen. Burton contends the committee was hand-picked by Shields and the system is rigged against a professor who spoke out against campus corruption.

“For all of the foregoing reasons, and because the combination of so much error has tainted the process, I respectfully request that the panel disband and request a neutral panel made up of members outside UW Platteville be constituted to conduct this hearing and make its recommendation to the Chancellor,” Kasieta wrote. The Madison attorney did not return a request for comment.

Jennifer Sloan Lattis, deputy general counsel for the University of Wisconsin System, claimed in an email response to Kasieta that, “All of the committee’s actions have been within” UW System and Platteville rules.

“Dr. Burton wishes this were a proceeding of another kind. It is not. This is the peer review and recommendation to the Board of Regents regarding an internal personnel matter. It is not a court of law,” Lattis wrote.

As MacIver News Service reported last month, documents show Elizabeth Throop, then-UW-Platteville Dean of the College of Liberal Arts and Education, contacted law enforcement after learning that Burton, a conservative, reached out to Gov. Scott Walker for help in her battles with the university.

In a Sept. 4, 2015 email to the university’s police chief and HR director, Throop wrote that Burton’s letter to the Republican governor “seems like a real escalation of things.” The administrator claimed she had concerns for her personal safety “despite the lack of actual physical threat.” She said she consulted with UW-P Chancellor Dennis Shields and other administrators, and that she was “not interested in filing a complaint at this juncture.”

UW-P Officer Reginald Ihm in an incident report noted that he was “not given much information from the letter other than that in Throop’s opinion it was upsetting.”

In the letter, Burton reminds Walker of their meeting at a Des Moines, Iowa Lincoln Day Dinner in March 2015, when the governor was preparing to run for president. Burton was introduced to Walker by a friend and official in the Republican National Committee so that the professor could “share some of the troubles I am facing at UW-Platteville.”

“A very corrupt, liberal administration is mercilessly harassing employees and students who are standing up for what is right,” Burton wrote to the governor.

Burton alleges administrators took away a grant she had landed for the university, kept her off committee seats, and effectively stalled her professional career at the university after she spoke out about the handling of a female student’s sexual harassment complaint.

She claims top UW-Platteville administrators with a liberal bent disregarded a faculty search committee’s recommendation for the vacant Liberal Arts and Education dean post. Burton was a member of that search and screen committee. The top candidate was a conservative, Burton wrote in her letter to Walker. Instead, Chancellor Dennis Shields pressured the committee to hire a “very outspoken liberal and strong critic of (Walker) from Iowa: Dr. Elizabeth Throop,” Burton claimed.

“Throop has since fired numerous tenured and nontenured faculty and managed to be named in three federal lawsuits and at least one other ERD/EEOC (Equal Right Division/Equal Employment Opportunity Commission) complaint for severe employment violations,” she wrote. Burton is a plaintiff in at least one of the noted lawsuits and has filed a couple of EEOC complaints. This week, she filed a new EEOC complaint against administrators and is in the process of updating her lawsuit in federal court alleging the university violated her constitutional rights.

Throop, who has since moved on to another academic leadership position in Maryland, is a backer of liberal causes and candidates.

Burton says Strobl had a very prominently displayed Bernie Sanders bumper sticker in her office, in violation of university policy.

Sloan Lattis, the UW System attorney, donated at least $700 to Democrat or liberal candidates in Wisconsin – to former governor and attorney general Jim Doyle’s campaign, and to the campaign of Supreme Court Justice Shirley Abrahamson – between 1997 and 2009. Her husband, University of Wisconsin-Madison astronomer James Lattis, has donated more than $5,800 to Democrat and liberal candidates in Wisconsin, including Mary Burke’s 2014 gubernatorial campaign, and JoAnne Kloppenburg’s 2016 campaign for the Supreme Court.

The UW-Platteville faculty committee, empaneled to preside over Burton’s appeal, first met in May – without Burton in attendance. Stomach ulcers, brought on by stress, forced Burton into the emergency room just hours before the tenure revocation hearing began. Burton has dealt with debilitating health concerns for the past few years, directly related to professional stress, according to medical records.

Strobl has declined to appear at a second hearing in September and is not expected to attend today’s hearing, over Burton’s objection that she be allowed to confront her accusers.

At the hearing in May,  Strobl told the faculty panel she was afraid of Burton and her husband, Roger, a Marine veteran. She said he possessed the tendencies of an “active shooter.”

“And I saw somebody – and a husband of somebody, to be completely frank, Roger Burton, who fits the profile of somebody who eventually snaps in a really violent way in the workplace, and for me it had to do with the escalation and the verbal animosity and the absolute steadfast commitment to a vague notion of justice and ‘everybody is against me,’ Strobl added.

“I believe you intentionally made these comments in a malicious attempt to influence the official action of public officers against my wife,” Roger Burton wrote. “Your testimony threatens my business as a real estate professional and could expose me and my family to physical harm.”

“Treating my husband and I like we are potential mass murders, it’s ridiculous. Just because I wrote the governor and filed a lawsuit? I feel like sometimes I’m on a different planet,” Sabina Burton said.

In the transcript of the September hearing, Burton’s attorney asserts that UW-Platteville’s Chancellor Shields did not establish just cause to move for Burton’s dismissal and that he treated the professor differently than other UW-P employees facing disciplinary actions. Shields counters that Burton did not act professionally, in accordance with the university’s rules of conduct, and she made university employees uncomfortable.

In his March letter recommending Burton’s dismissal, Shields alleged the professor has “engaged in disrespectful, harassing and intimidating behavior toward your colleagues.” Two months before, the chancellor, based on complaints from Throop and another administrator, ordered Burton to clean out her office and banned her from campus.

All of this despite the fact that Burton had excellent ratings from her students and an exemplary teaching record. She was given tenure – although after a long delay – based on merit. And she had been widely recognized as a leader in criminal justice education.

At one point in the hearing, Burton’s attorney asked the chancellor about the reported dysfunction in the department. The chancellor acknowledged there was dysfunction before Burton arrived, and that others were a source of the troubled department at that time.

“How many of those did you recommend for termination to a panel like this one?” Kasieta asked.

“Well, none. I think that would be the answer,” Shields responded.

Burton said she can’t just walk away. There’s too much at stake.

“I have been asked, ‘Why don’t you go somewhere else and teach somewhere else?’ It’s part of my professional responsibility to not turn away. I love the students here. They’re such great kids and they are worth fighting for.”