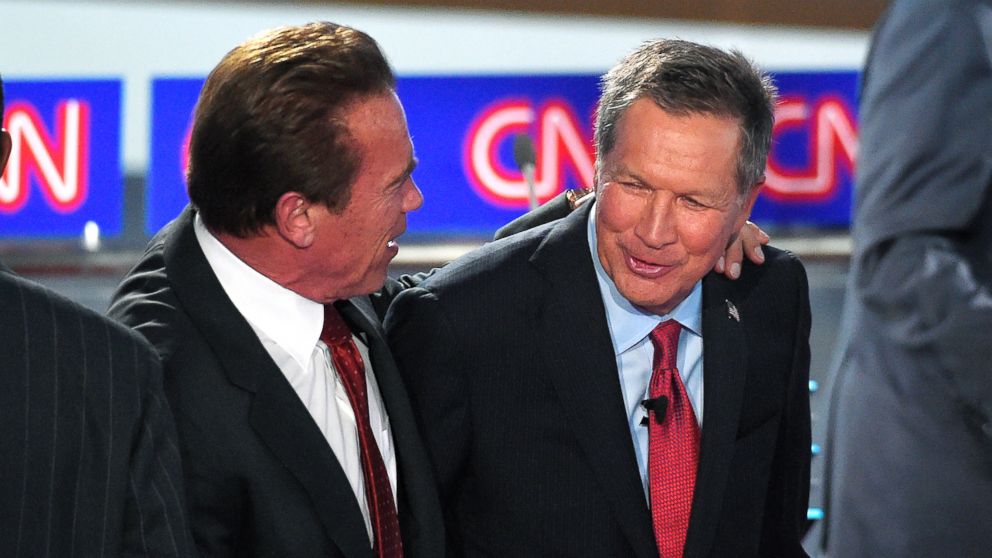 “We need to eliminate gerrymandering. We’ve got to figure out a way to do it,” he told the Columbus Dispatch.

What much of the media have disregarded, however, is that election-reform crusader Kasich was silently for redistricting before he was against it.

Wisconsin media this week picked up on a New York Magazine interview with Kasich in which the Ohio governor claimed Wisconsin Assembly Speaker Robin Vos (R-Rochester) berated him for betraying his party.

Vos, during a press event Thursday, acknowledged he expressed his disappointment in a private conversation with Kasich about the Ohio governor signing onto a U.S. Supreme Court brief opposing the GOP’s redistricting plan in Wisconsin.

Kasich, who has been questioned by Ohio Republicans for his shrinking conservative values, has been lauded by the left for his outspoken criticism of the political nature of electoral map-making. He joined his pal Arnold Schwarzenegger in the battle to overhaul partisan political redistricting.

But the outspoken Kasich was quiet when in 2011, as Ohio’s freshly elected governor, he voted for a legislative district map the left described as one of the most gerrymandered in the nation.

His Road to Damascus moment didn’t come until after he and his fellow Republicans benefitted from what has long been described as to-the-victor-go-the-spoils redistricting system. Perhaps it came as he began moderating his positions for his failed presidential run in 2016.

“I don’t know what I’m going to do tomorrow,” Kasich told NBC’s “Meet the Press” host Chuck Todd last month. “I will tell you this, the other day my wife said to me one morning, ‘You know, John, I wish you were president.’ That’s how I knew the country was in trouble.”

Kasich was one of five members of Ohio’s apportionment board, the panel ultimately responsible for redistricting, the electoral map-making process constitutionally required after each 10-year census. The board was composed of the governor, secretary of state, state auditor, and two members tapped by legislative leaders of the two major parties.

Republicans controlled the statewide elected positions, so four of the board’s five members were GOP members.

Guess what happened to the maps? Just like when Democrats control the process, Republicans built the maps to their political advantage. The U.S. Supreme Court has been loathe to weigh in on that process, by the way, although justice watchers say the high court could finally do so in Wisconsin’s redistricting case.

Kasich wasn’t standing on his redistricting reform soapbox when the apportionment board rolled out its decision six years ago. But now, looking to remain relevant in 2020 as he leaves the governor’s mansion in a little over a year, Kasich has made gerrymandering one of his political causes.

His commitment has been tempered, however. Last year, the governor said he would put congressional redistricting reforms into his budget. He didn’t.

Ohio voters in 2015 approved changes to the process of drawing state legislative maps.

Catherine Turcer, executive director for the liberal group Common Cause Ohio, told WKSU in the Buckeye State that she’s glad Kasich has had an apparent change of heart.

“We are never going to get to fair districts unless we are open to people seeing the light after they did us dirty,” Turcer said.

The Republicans who would like to replace Kasich as governor took aim at Kasich’s conservative credentials at a recent Ohio forum.

U.S. Rep. Jim Renacci, one of four Republican candidates for Ohio governor, said Kasich “diverted” to running for president very early on, according to Cleveland.com.

“He lost some of those (conservative) values. And six years later, he’s clearly lost these values where he may not even be a Republican anymore. That’s not me talking. That’s him talking … This is problematic,” Renacci said. “We cannot have a governor who comes in with Republican values and goes out with Democrat values or Independent values and think that the state is going in the right direction.”

Vos seemingly was just as direct with Kasich’s stand against Wisconsin’s GOP-led electoral maps. He said the Ohio governor “stepped into an issue that he frankly doesn’t know much about.”

The speaker said he didn’t exactly tell Kasich that he had betrayed the Republican Party, but he did tell him, “If you’re going to do something that has an impact on one side of the aisle that you happen to be associated with, it would be nice if you talked to the people who were actually involved in the process.”