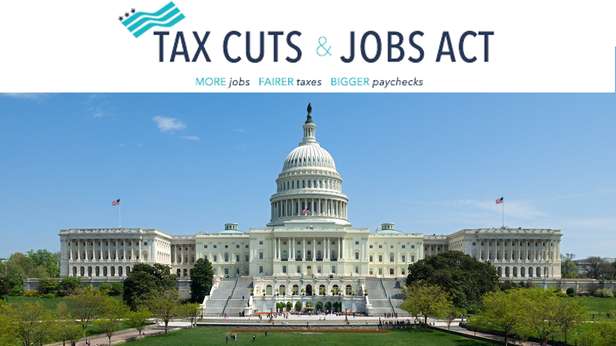 The plan flattens and lowers personal income taxes, the corporate tax, and cleans up almost every other corner of the tax code

For years, Republicans have argued that federal taxes and spending levels are too high. Now, with a Republican president and majorities in the House and Senate, it’s time to back those words with action. On Thursday, Congress released its plan for the first major tax code overhaul since 1986.

The Tax Cuts and Jobs plan would reduce the number of federal tax brackets from seven to four, and cut tax rates in almost every bracket. It would nearly double the standard deduction and eliminate most other deductions, including the personal exemption. Individuals earning up to $90,000 annually would now be taxed at a rate of 12 percent – down from 25 percent today.

The average American would see a considerable tax cut, even with the elimination of many popular deductions. A family of four earning $59,000 – the average household income in the United States – would see a $1,182 tax cut, according to House Republicans.

The corporate tax rate would drop from 35 percent – the world’s highest – to 20 percent.

Besides the significant tax rate reductions, the plan would eliminate many itemized deductions.

The authors estimate that the number of taxpayers itemizing their deductions would fall to fewer than 10 percent, from about one-third today. That’ll add up to significant savings from simplification alone. Perhaps most significantly, federal taxes will be so simple that Americans can file them on a form the size of a postcard.

The first step towards implementing this plan is done. Congress passed the budget on Oct. 26. It includes a long-range revenue plan that allows Congress to cut tax revenue by $1.5 trillion and spending by $5 trillion over the next ten years. This is the starting point for the Republican tax reform plan. The budget also includes rules that will allow the Senate to pass tax reform on a simple majority vote.

The details of the plan released on Thursday are simple in concept, but pulling it off will require considerable political skill. Debate will, no doubt, be fierce.

Speaker Paul Ryan met with small businesses in Wisconsin on Monday, saying, “I tell our members, we’ve been having class three rapids, which are pretty simple. We’re going into class five rapids now. We’re going through real choppy waters, and why is that? Because in simplifying the tax code, special loopholes and carve-outs, they’re not there.”

All told, the proposal would amount to a $1.51 trillion net tax cut over ten years. If passed, the major changes would generally be effective for tax years beginning after 2017.

Income Taxes
The big plan for the individual income tax is to reduce rates, double the standard deduction, and reduce itemizations. Speaker Ryan says the average person saves more from the reduced rates and higher standard deduction than they ever could through itemization.

Holding up a proposed postcard-sized tax return, Ryan explained, “By doubling the standard deduction, you make it so people don’t have to itemize their deductions and fill out these very complicated forms. You dramatically streamline and simplify the tax system. And the theory in all of this is: it’s your money. Keep your money and do what you want with your money. Instead of sending it to Washington and if you do something that Washington or a special interest group with a carve-out or a loophole approves of, you can have some of it back.”

The child tax credit would remain and go from $1,000 to $1,600. For all of the eliminations and simplifications, the plan does create one new tax credit – the family credit – which would be $300 for each parent and non-child dependent. That new credit is meant to expire after several years.

The biggest compromise right out of the gate involved the state and local tax deduction (SALT). Originally, the Republicans’ plan was expected to eliminate that deduction altogether, but when it was officially released on Thursday, Republicans simply capped the deduction at $10,000. That was part of an important compromise with blue state Republicans.

Another compromise involves the mortgage interest deduction. That benefit will stay in place for current mortgages but will be capped at $500,000 for new homes, down from the current cap of $1 million.

The plan maintains tax incentives for 401(k)s and Individual Retirement Accounts. It also preserves the earned income tax credit and the deduction for charitable donations.

The estate tax, also known as the death tax, would be repealed in six years. For now, the size of the exemption would double.

The plan would eliminate the federal alternative minimum tax, also known as the AMT. Most other deductions, including those for medical expenses, student loan interest, and state or local income or sales tax, would be eliminated.

Corporate Taxes
The plan proposes lowering the corporate rate from 35% to 20%. That would be the largest reduction in the US corporate tax rate in the country’s history.

It also creates a new special tax rate for S-corps, sole proprietorships, and pass-throughs at 25%. That’s meant to protect small businesses from paying the higher individual income tax rates. Pass-through entities are now the most common business form in the country, and more than half of Wisconsin’s workforce is employed by a pass-through business.

Under current law, the earnings of businesses organized as pass-throughs are taxed under the individual income tax code, rather than the corporate code. As a result, many individuals see their business earnings taxed under the highest-possible 39.6 percent rate.

“There are those who just would like to see taxes go up and up and up, and have government do more and more and more, and sit in Washington and micromanage our economy,” Ryan said. “You know, pick winners and losers. And that is not what grows the economy. That’s not the American free enterprise system.”

The changes to taxation for pass-through businesses would also establish some new regulations to ensure individuals don’t take advantage of the changes. MNS will further analyze these details in future pieces.

The plan would also scrap a border adjustment tax proposal initially championed by Speaker Ryan. Instead, foreign earnings held by corporations overseas would face a one-time tax on those profits.

Other provisions in the tax reform bill include: