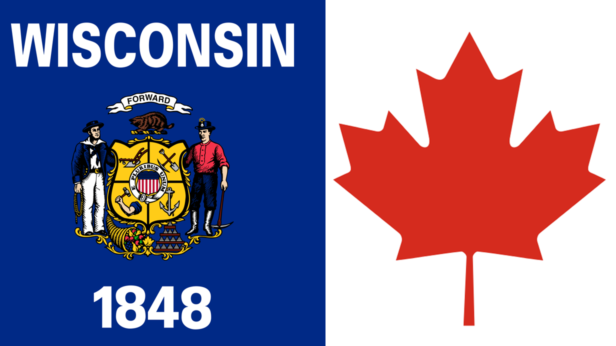 Since the adoption of the North American Free Trade Agreement (NAFTA), trade between Wisconsin and Canada has thrived, with nearly $9 billion worth of goods being exchanged in 2016. Despite the economic success the state has seen over the past few decades from the agreement, disputes over a new Canadian dairy pricing system have recently strained the partnership, ultimately endangering one of the world’s most robust trade deals.

This past April, Canadian and U.S. officials disagreed on a new protectionist Canadian dairy pricing system that encouraged more domestic milk production and a lesser dependence on U.S. dairy exports. The result of this policy change led to the elimination of trade contracts for at least 75 Wisconsin farms, causing U.S. trade officials to criticize the Canadian government for jeopardizing one of Wisconsin’s largest industries.

The debate over the Canadian dairy pricing structure continues today, with President Donald Trump calling for a complete overhaul of the NAFTA trade agreement to ensure Wisconsin and the United States are not exploited by other countries.

Though NAFTA contains some flaws, it would still be a catastrophic mistake for the United States to pull out of an agreement that brings considerable employment opportunities, revenue, and cheaper products for Wisconsinites.

NAFTA’s adoption in 1994 created a free trade economic system with little government intervention and eliminated significant tariffs and quotas. Since free trade arrangements create an environment where companies specialize in products that they can cheaply produce in high volumes, goods have also become less expensive for consumers in both Canada and Wisconsin. 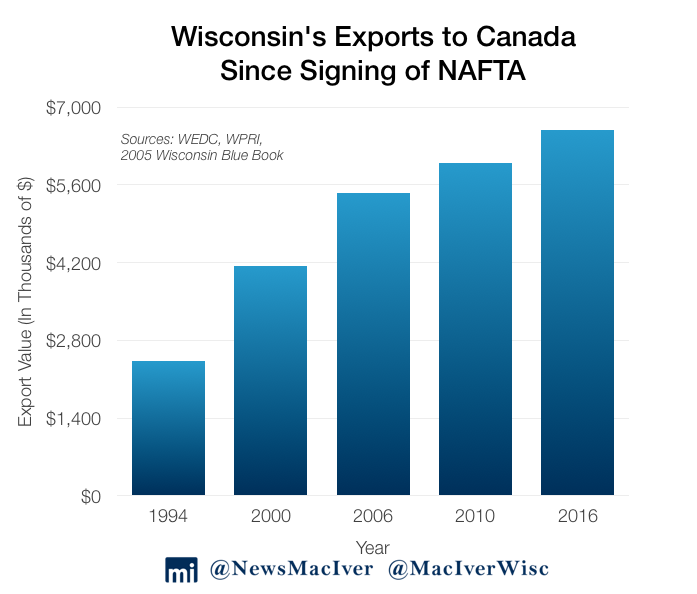 Since the implementation of the agreement, Canada has remained Wisconsin’s number one trading partner. In the year 1994, for example, Wisconsin exported $2.4 billion worth of goods to its northern neighbor and as of 2016, this number has climbed to $6.6 billion, a 175 percent increase.

In 2016 alone, nearly one-third of the state’s total exports were shipped to Canada, making it Wisconsin’s top international export market. Wisconsin’s $6.6 billion worth of sales to the nation was more than its sales to its next four highest partners combined, including Mexico, China, Japan, and the United Kingdom. 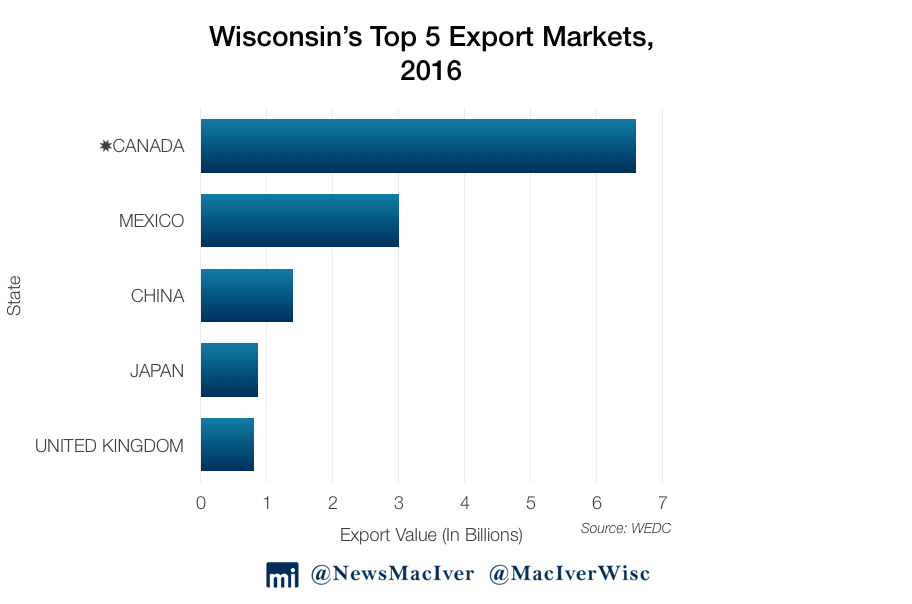 One of the larger contributors to the trade growth has been the agriculture sector, where $2 billion was spent on importing and exporting agricultural goods among both nations last year. Agricultural trade with Canada also supported 158,000 jobs in Wisconsin this past year.

Having Canada as our top trading partner does not come as a big surprise. With a similar language and culture as well as geographic proximity, trading comes natural. Thanks to NAFTA’s elimination of most import and export tariffs, trade has been able to occur at a faster and more frequent rate.

“Wisconsin is Canada’s 12th largest exporter to the country and 31 percent of all of Wisconsin exports go to Canada. They are a very important trading partner to Wisconsin,” said Katy Sinnott, the Vice President of International Business Development at the Wisconsin Development Corporation.

Wisconsin doesn’t only export to Canada. In 2016, the state imported just over $4 billion worth of goods from its northern neighbor, with plastics, industrial machinery, and wood products being the most imported items.  Since 2010, imports from Canada have also increased by more than six percent or $225 million, according to WEDC data. 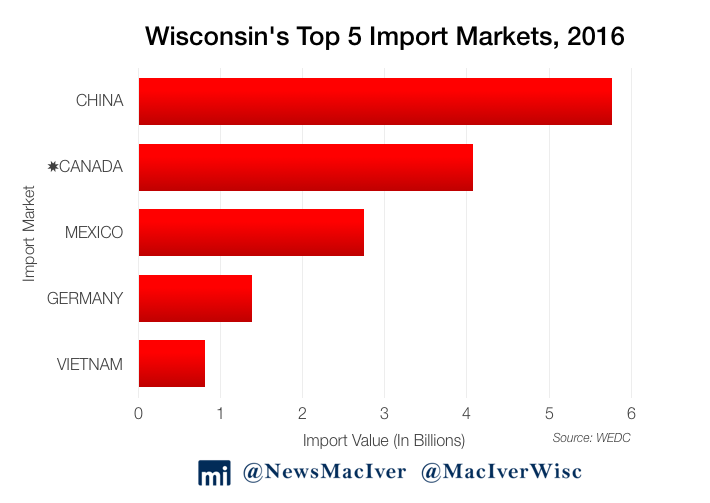 While spending $4 billion annually on foreign goods may alarm some Wisconsinites, the state enjoys a $2.5 billion surplus with the country, meaning Wisconsin exports more goods than it imports from the region.

“As far as Canadian trade overall, Wisconsin enjoys a trade surplus with Canada. Canadian customers are important across our economy, especially in areas like agriculture and advanced manufacturing,” Lt. Governor Rebecca Kleefisch told the MacIver Institute.

Revising the NAFTA agreement is certainly not impossible or uncalled for, but it is crucial to recognize the amount of benefits free trade has already brought to Wisconsin over the past couple decades. According to a Pew Research Poll released this month, most Americans say that the pact is good for the United States, while just a third say it is bad. This type of economic system must be kept intact in order for the state to remain as a competitive leader in the United States and throughout the world.

“When you have something like international trade and investment supporting a quarter million jobs here in Wisconsin and about 20 percent of private sector employment, that’s a huge driving force and could go up with even stronger [trade] relationships. The future for trade in Wisconsin is really bright,” Tori Whiting, a Research Associate for the Center of International Trade and Economics at the Heritage Foundation told the MacIver Institute in a recent interview.

For more analysis on the effects of NAFTA and free trade, check out this MacIver Institute study.

To hear more on the benefits of free trade, listen to this MacIver Newsmakers interview with Tori Whiting: