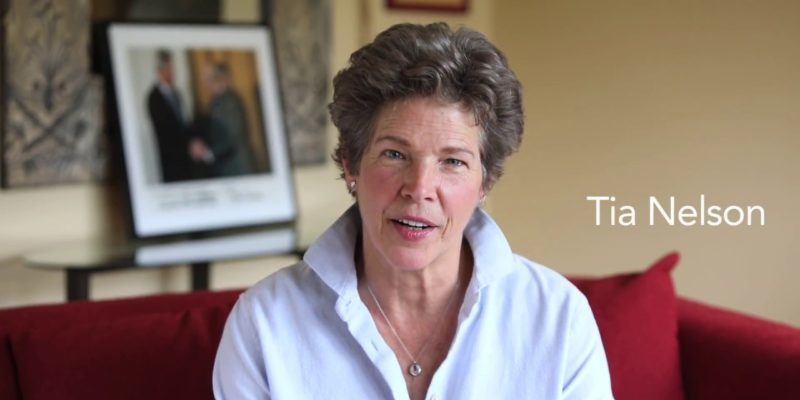 MADISON, Wis. – The former executive secretary of a little-known agency with $1 billion in trust assets spent thousands of dollars on a contracted ghost writer to pen her reports, articles and speeches, according to documents obtained by MacIver News Service.

State invoices show a Writing Barefoot bill from 2012 totaling $2,000, for an article in a magazine published by the Great Lakes Timber Professionals Association.

Tia Nelson, former executive secretary of the Board of Commissioners of Public Lands (BCPL), spent a total of $25,620 between 2008 and 2012 on outside marketing and promotional materials – all with one organization: Madison-based Writing Barefoot.

The consultant/owner behind Writing Barefoot was A.B. Orlik, well-known in Madison government and nonprofit circles. She did not return a request for comment.

Nelson, the daughter of Earth Day founder and former governor and U.S. senator, Gaylord Nelson, is a long-time climate change activist. She’s been billed by the left and mainstream news organizations as a a kind martyr of the green cause. They railed against the three-member board’s decision in 2015 to prohibit the agency’s 10 state employees from pushing the climate change agenda on government time.

State invoices show a Writing Barefoot bill from 2012 totaling $2,000, for an article in a magazine published by the Great Lakes Timber Professionals Association.

That same year, the public lands administrator paid $600 for a “Stewardship of Trust Lands” piece.

Another statement from 2011 shows a $420 payment for “speech writing for Tia Nelson.”

“I saw these numbers of nearly $26,000, that’s a big chunk of money,” said Wisconsin State Treasurer Matt Adamczyk, who sought the invoices from the BCPL. “It’s not millions, but $26,000, that’s real money.” He said the amount could be a lot more. Open Book Wisconsin, the online state expense tracker, only goes back to 2008.

“The BCPL is a sleepy, little agency, that probably before my time (as treasurer), no one knew it was there,” said Adamczyk, a Republican and vocal critic of the board and Nelson, and one of three statewide elected officials (Attorney General Brad Schimel, also a Republican, and Democrat Secretary of State Doug La Follette are the others) that oversee the BCPL. “We have no reason to pay for freelance writing, let alone speech writing.”

Nelson adamantly defended the expenditures, arguing the “sleepy, little agency” with a handful of employees has a big impact on Wisconsin and its citizens. Nelson pointed to other agencies, such as the governor’s office, the Department of Administration, and the Department of Natural Resources, asserting that they have public relations staff. Why not the BCPL, she said.

“There’s one comment I want to be sure to make, and I believe this is true. To my knowledge, most, if not all, state agencies have a full-time communications staff. BCPL did not when I was there, and to my knowledge it does not now,” Nelson said in an interview with MacIver News Service. “The governor has one, DOA has one, the DNR. All of those agencies are using taxpayer money to communicate their messages.”

But to compare those massive state agencies to the nine-employee BCPL is a bit much, Adamczyk said. So is the notion that no taxpayer dollars were harmed in the operation of the Board of Commissioners for Public Lands, he said.

The board was created in Wisconsin’s 1848 Constitution to support public education. Staff members in the Division of Trust Lands and Investments help the board manage four school trust funds, approximately 77,000 acres of school trust lands and the collection of Wisconsin’s original land records. BCPL, with about $1 billion in assets, manages one of the largest public lending programs in the state, each year distributing earnings from its investments to myriad public entities and projects.

Nelson is correct when she says the BCPL does not use state taxpayer money to operate. It’s $1.6 million annual budget comes entirely from program revenue, from a portion of its investment income.

The board distributes north of 96 cents on every dollar earned from investments to Wisconsin’s K-12 public school beneficiaries, according to the agency.

But the BCPL’s operational expenses are deducted from that flow of investment earnings, which are, by design, significantly lower than returns in the state’s pension program or in private investment funds.

“So if we make $35 million in interest earnings from the $1 billion in principal, the BCPL expenses are deducted,” Adamczyk said, pointing to the BCPL’s 2011-13 glossy report. “If BCPL has expenses of $1 million, that means it can distribute $34 million to students.”

The question is, should the BCPL have taken $25,000-plus out of that revenue flow for speech writers and report preparers? Nelson says yes, Adamczyk says no.

The treasurer said he would like to see a detailed legislative audit of the BCPL, and asserts other states have merged their land management agency within other state departments, ultimately saving taxpayers money.

Nelson, who came across as extremely defensive in the interview when asked about the expenditures on her watch, said the agency accomplished much during her 11-year tenure, and she has much to be proud of. She left in 2015 after increased criticism from conservatives. The “Climate Change Champion,” as Nelson has been billed by mainstream media, these days is managing director of the Madison-based, left-wing Outrider Foundation.

“No agency has been more scrutinized than the BCPL,” she said in a testy exchange. “I’ve happily shared literally thousands of pages of emails, agency expenditures, etc., and I know that transparency is my friend.”