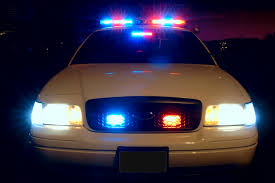 But for the Wisconsin conservatives who had their homes and offices raided in a politically motivated investigation and for anyone who values the Constitution, Oct. 3, 2013 is a date which will live in infamy.

In the early morning darkness, law enforcement officers swept into sleeping middle class neighborhoods in several coordinated, multi-county raids. They forced their way in with wide-open warrants and spent the next several hours rooting through the possessions of not only the conservatives they were targeting, but those of their spouses and children. They carried out boxes of files, personal planners, and electronic devices. And they told the residents of the homes they invaded that if these conservatives, even their kids, said anything to anyone about what happened there, they could go to jail.

It was all part of a secret and very political John Doe investigation that has rightly been described as “Wisconsin’s shame.”

Deborah Jordahl, a conservative strategist who, along with her business partner R.J. Johnson, was targeted in the unconstitutional probe, recalled those frightening, helpless hours.

“At one point early on, I started to get up from the sofa,” Jordahl told Wisconsin Watchdog. “I told the deputy who was guarding us that I wanted to call my lawyer. She backed me down on the sofa and told me I could not call anyone.”

“I felt completely helpless in my own home,” she said.

In a 2015 Wall Street Journal piece, Johnson talked about the helplessness he and his wife felt. Traveling overseas that morning, they would find out later that their 16-year-old son, who was home alone, was awakened by several police officers with guns and a warrant.

“My first reaction was incomprehension. We were baffled. We had no idea what this was about or that this is what they do over campaign finance issues…It wasn’t until much later that we began to understand that it was connected to the first Doe (investigation),” Johnson added, referring to another secret political probe in Milwaukee County.

Johnson, Jordahl, and the other conservatives quickly turned that sense of helplessness into action. They would not be victims of this abusive government investigation. They fought back and they won. But it was a costly victory.

Joined by conservative activist Eric O’Keefe, also targeted in the John Doe, members of the 29 conservative organizations swept up in the political probe sued.

The John Doe judge who took over the investigation agreed with the plaintiffs, that the prosecutors, led by Milwaukee County District Attorney John Chisholm, a highly partisan Democrat, did not show probable cause. The Wisconsin Supreme Court, in a 4-2 ruling declared the investigation unconstitutional and ordered it shut down. The majority opinion asserted that the John Doe special prosecutor perpetrated a “perfect storm of wrongs” against innocent citizens who sought only to use their First Amendment rights.

Throughout the legal process, however, conservatives feared to speak publicly about the John Doe. The controversial procedure came with a strict gag order, silencing targets, witnesses, and prosecutors alike on penalty of jail time and costly fines.

So it was very striking to Jordahl and others to learn that Kevin Kennedy, the former director of Wisconsin’s now-defunct Government Accountability Board, spoke openly about the John Doe investigation.

Kennedy and his agency were partners in the probe, ostensibly bound by the same secrecy orders that silenced the people they pursued. At a national conference of speech cops in December, Kennedy discussed a John Doe article by a liberal publication and pointed to the illegally leaked documents contained within it.

The state Department of Justice is investigating that leak.

“While I can’t talk a whole lot about the details there, there are some public documents I want to make sure you see,” Kennedy tells the crowd in a recording of the event obtained by MacIver News Service. He acknowledges that he legally cannot talk about the secret John Doe investigation…and then he proceeds to publicly display court-sealed John Doe documents.

Jordahl called Kennedy an “entitled bureaucrat who believes the laws and rules don’t apply to him.”

“His tenure at the GAB was marred by the actions of his highly partisan staff, resulting in several lawsuits and a disastrous legislative audit,” she added. “Now he has the audacity to say he would lift the veil of secrecy from the laws he hid behind, even as he’s exposing illegally leaked documents from an unconstitutional investigation.”

Jordahl and the conservatives targeted in Wisconsin’s John Doe investigation have not forgotten.