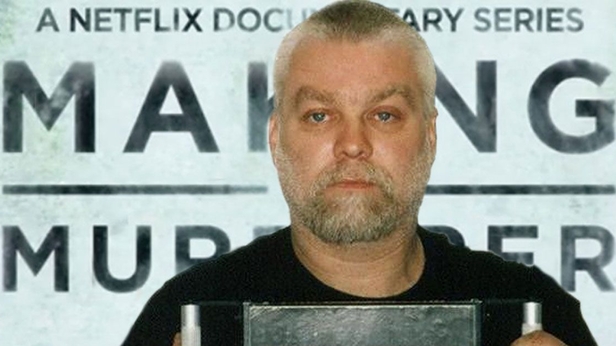 Alexander Leo Arledge was so angry he threatened to “execute” Manitowoc County law enforcement officials, according to documents obtained by MacIver News Service.

Arledge, 20, of Brandon, Fla., is set to be sentenced on Jan. 17 in Manitowoc County Court, almost two years to the day that he made multiple death threats against members of the sheriff’s department and the district attorney.

Arledge, contacted by an investigator from the Wisconsin Department of Justice, eventually admitted to making the harassing phone calls, one in which he threatened to “execute the DA and execute the Sheriff’s Department” if Steven Avery did not receive a fair trial.

Avery, the Manitowoc County man convicted and sentenced to life in prison alongside his nephew Brendan Dassey in the 2005 murder of 25-year-old Teresa Halbach, is the star of the Netflix series – a series that presented Avery as a victim of a corrupt legal system. Avery had previously been wrongfully convicted in a rape case and served 18 years.

Dassey turned 28 earlier this month at the Columbia Correctional Institution in Portage where he awaits his fate in an appeals process that has questioned the validity of his original confession.

He pleaded guilty late last month to the first count. The charges involving threats made to the prosecutor were dismissed but read into the record, meaning the judge may consider the underlying facts in charges when sentencing Arledge in the first felony count.

Brown County Assistant District Attorney Wendy Wiggins Lemkuil was tapped as special prosecutor in the case. She did not return calls seeking comment. Nor did Manitowoc County Prosector Jacalyn LaBre.

Special Agent Dennis Carroll of the Wisconsin DOJ’s Division of Criminal Justice was assigned to the case on Jan. 28, 2016. The Manitowoc Sheriff’s Department received “numerous threats and harassing telephone calls, emails and mail as a result of a television series, ‘Making a Murderer,’ which criticized the actions of this law enforcement agency and its officers,” according to the criminal complaint.

“They also received calls reporting a bomb being placed at the Joint Dispatch Center and planned to detonate. On another occasion, a glitter bomb was sent to the agency but not detonated,” the complaint states.

Manitowoc law enforcement officials received several threats in the weeks and months following the December 2015 release of the Netflix series, according to media reports at the time.

A transcript of Arledge’s 29-second call to the sheriff’s department is included in the complaint. The dispatcher sounds amazingly calm and collected under the circumstances.

CALLER: Ah hello, yes. I just wanted to say January 31st 2016 will be a terrible day for Manitowoc County because every single sheriff will be executed inside of their own home.

DISPATCH: Okay. You do know that this is a recorded phone line sir.

CALLER: Every single sheriff will be executed.

DISPATCH: Okay, well ah, is there anything else I can do for you then sir.

The same day, Arledge made two threatening calls to the District Attorney’s Office, according to the complaint. A receptionist in the office took both calls from the same male, who told her that “if they did not give Avery a fair trial he would personally execute the DA and execute all of the Sheriff’s Department,” the complaint states. Green then hung up.

“Green noted that the man’s voice sounded like he was in his mid-twenties and had a slight southern accent,” the complaint states.

Carroll used tools of the investigative trade to track down Arledge. He called the Florida man’s number. At first his call went to voicemail. The investigator then changed the caller identification from his phone to read that the call was coming from Arledge’s fiancee. It worked. The suspect picked up.

The investigator identified himself and the nature of his call. Arledge asked Carroll how he was calling from his fiancee’s phone number.

In a subsequent call, Carroll advised Arledge that call records showed the cell tower and sector used to make the threatening call, and that there were recordings of the calls, according to the complaint. The investigator identified Arledge’s voice as the same on the threatening calls.

Arledge then admitted to making the calls, the complaint states. He told Carroll that he had watched the “Steven Avery documentary and was upset over what he learned.”

MacIver News attempted to contact Arledge at the number listed in the complaint. A voicemail message was not returned.

Arledge was subsequently interviewed in person by a Florida police officer. Arledge again explained that he had watched the Netflix series and became “upset at the alleged corruption committed by law enforcement…” He told the officer that he declared to the Manitowoc County officials that he was “going to kill a bunch of people.”

“He indicated that he later visited the Internet website ‘Reddit.com’ and saw a ‘subreddit discussing the Steven Avery case,” according to the complaint. “He saw there was more evidence against Avery than shown in the ‘Making a Murderer’ series. The information changed the way that the Defendant felt about the actions of law enforcement in Manitowoc County, Wisconsin. He now believes that law enforcement acted properly after being made aware of the evidence against Steven Avery.”

Arledge went on to tell the investigator that he believes he suffers from attention deficit/hyperactive disorder, and was forced to drop out of high school and college because of it.

Arledge was arrested in January of this year on charges of battery domestic violence, domestic battery by strangulation, child abuse, and one count of being a fugitive, according to online records. He pleaded guilty to lesser offenses.