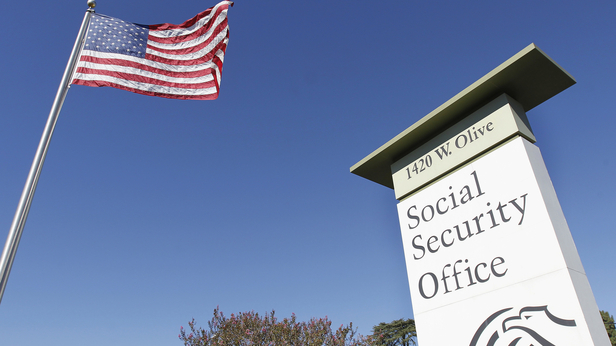 [Madison, Wis…] The manager at the center of a federal corruption investigation into a Madison Social Security Administration office has been forced out, congressional sources tell MacIver News Service.

Laura Hodorowicz, former Hearing Office director at SSA’s Madison Office of Disability Adjudication and Review, has been dismissed and Hodorowicz’s lieutenant, Wayne Gentz, has been reassigned to another geographic location but remains with the federal agency, a source inside the Senate Homeland Security and Governmental Affairs Committee confirmed.

A federal prosecutor in Madison earlier this year told investigators that he would not file charges in the case, despite findings of fraud.

The committee, chaired by U.S. Sen. Ron Johnson (R-Oshkosh) opened an inquiry following whistleblower reports of misconduct and retaliation at the Milwaukee and Madison ODAR offices.

Hodorowicz was accused of leading a “culture of corruption and cover-up.” Whistleblowers alleged the problems went “all the way to the top,” according to a Wisconsin Watchdog investigative series.

A lengthy SSA Office of the Inspector General investigation into the Madison office found managers committed time and attendance abuses, engaged in questionable hiring practices, and failed to provide proper oversight. While the investigation did not determine whistleblowers had been retaliated against, the report noted that managers held whistleblowers to significantly stricter standards than other staff.

Deborah Holland, a former supervisor, was removed from the Madison ODAR facility and placed on administrative leave after bringing allegations of waste, fraud and abuse to federal officials.

Holland remains employed with the agency, and her case was resolved to the whistleblower’s satisfaction, according to Senate committee sources.

Reached for comment Thursday, Holland said that, “all issues have been resolved.” She said she could not discuss the matter further.

After being escorted out of the ODAR building by an armed guard last year, Holland told Wisconsin Watchdog that she and other staff members had been repeatedly retaliated against by ODAR management. She said Hodorowicz led a corrupt system of bribery, based on punishment and rewards. Holland claimed Hodorowicz’s openly hostile henchman, Gentz, served as her enforcer. Chief administrative law judges and others, Holland said, long accepted misconduct because they benefitted from widespread nepotism in the office. And whistleblowers said Chicago-based Regional Attorney Deborah Giesen, who was sworn to protect employees from intimidation and harassment, covered for her long-time friend Hodorowicz, sources asserted.

A lengthy SSA Office of the Inspector General investigation into the Madison office found managers committed time and attendance abuses, engaged in questionable hiring practices, and failed to provide proper oversight. Hodorowicz in August 2016 was removed from the Madison office and taken off her management duties.

“Time and attendance abuses by the HOD (Hearing Office Director) and the GS (Group Supervisor Gentz) violated both law and regulations and set a tone for the office that misconduct by certain employees will be tolerated and, in some instances, encouraged.”

“Hiring decisions in the Madison (Hearing Office) were largely unchecked by ODAR management, leaving (Hodorowicz) free to populate the office with friends and family members of current employees, increasing perceptions of favoritism and diminishing employee morale and focus on the agency’s public service mission. Hiring practices in the Madison HO, which often included the manipulation of vacancy announcements to achieve a desired end, attempted to dissuade applicants from pursuing certain positions, which ran afoul of protections intended for all candidates for federal positions.”

“Most of the issues with the Madison HO (Hearing Office) identified through this investigation were attributable to poor management, inconsistent application of agency policies and lack of critical management oversight.”

Hodorowicz’s “protection” allegedly extended to former Administrative Law Judge John Pleuss. Documents show Pleuss in his case files described Madison office claimants as “attractive,” innocent-looking, and “buxom.” He wrote that one woman appearing before him “looks like a man.”

In another document, Pleuss wrote that he would “pay” a female claimant “when hell freezes over.”

Social Security benefits attorneys called for a federal review of Pleuss’ decisions. He retired at the end of 2016, but it appears he continues to receive his taxpayer-funded federal pension and suite of benefits – with an estimated value of nearly $1 million.

Machelle Keller, another whistleblower in the Madison office, has said the harassment and intimidation by management and staff members had gotten so severe that it adversely affected her health.

Reached for comment Thursday, Keller said she could not comment on the Social Security Administration case. She did thank Johnson, the Senate committee he chairs and the committee staff that assisted the whistleblowers.

“I can’t thank you enough. How can you thank someone for basically saving your life? That’s exactly what they did,” Keller said. “That was a rough two years. If it wasn’t for their office, I don’t know where I’d be right now. I might be one little person in the big state of Wisconsin, but they made me feel like I was important.”

Ron Klym, the long-time Milwaukee ODAR employee who first brought to light allegations of misconduct and due process abuses at the agency, was fired a few months after going public.

Johnson has asked the Government Accountability Office to review Klym’s allegations that Social Security claimants waited years, some dying, before their cases were resolved by the troubled Milwaukee ODAR operation. That investigation has now turned national in scope, according to a staff member of the Senate Homeland Security and Governmental Affairs Committee.

“That review has since been broadened, at the request of the House Ways and Means Committee,” the source told MacIver News.

The committee’s inquiry, launched in June 2016, remains open but not as active as it once was, sources say.