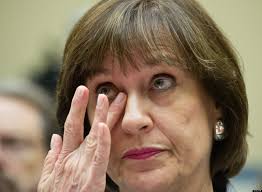 MADISON, Wis – The federal government has agreed to pay a “generous financial settlement” to the 400-plus conservative organizations targeted for their political beliefs under the Obama administration’s Internal Revenue Service.

An attorney from the firm that represented the plaintiffs in NorCal v. United States tells MacIver News Service the IRS isn’t admitting to any wrongdoing, but its settlement “in the seven figures” would suggest otherwise.

“We take the amount of the settlement under the control of the U.S. Department of Justice as vindication of the claims we have been raising since May of 2013,” said Edward Greim, attorney for Kansas City, Mo.-based Graves Garrett LLC.

Greim said the IRS drew from the same defense playbook as attorneys for the prosectors of the unconstitutional John Doe. IRS attorneys attempted delay after delay, objection after objection in the four-year slog of litigation, trying to use the very taxpayer protection statutes the plaintiffs were suing under to suppress documents.

“It was not unlike the (Wisconsin) Government Accountability Board, which refused to produce details of its involvement in the John Doe,” Greim said.

The now-defunct GAB was a partner in the campaign finance investigation that featured pre-dawn, armed raids on the homes of conservative targets. Kevin Kennedy, the GAB’s former long-time director, once discussed the secret case with federal bureaucrat Lois Lerner, the focal point of the IRS targeting scandal, according to documents obtained by this reporter.

John Doe investigators asked the IRS to look into one of the primary targets of the probe, according to a 2015 op-ed piece in the Wall Street Journal. The piece also pointed out the personal friendship between the two government regulators.

“It is telling that there’s mutual admiration between Kennedy and Lerner,” Greim said.

Lerner led the IRS division that processes applications for tax-exempt groups. A 2013 inspector general’s report found the IRS had singled out conservative and tea party organizations for intense scrutiny, oftentimes simply based on their conservative-sounding or tea party names. The IRS delayed for months, even years, the applications, and some groups were improperly questioned about their donors and their religious affiliations and practices.

Marve Munyon and southern Wisconsin’s Rock River Patriots went through a trying application process with the IRS. Eventually, the small educational organization was forced to give up.

“We finally got out from underneath that mess,” Munyon told the Daily Signal in December 2014.

Five groups filed in the IRS case, the first claim against the agency for its targeting of conservative groups, and the only nationwide class action. The plaintiffs included, NorCal Tea Party Patriots, South Dakota Citizens for Liberty, Americans Against Oppressive Laws, San Angelo Tea Party, and the Texas Patriots Tea Party.

Graves Garrett in a press release said the groups sacrificed hundreds of hours of time. The lawsuit was sustained by funding from Citizens for Self-Governance, a nonprofit devoted to liberty issues. Eric O’Keefe, a target of the John Doe investigation, is chairman of the board for Citizens for Self-Governance. CSG also was targeted by the IRS during the discovery process, but refused to back down.

“It is a great day for the First Amendment and the promise of fair and impartial government,” Graves Garrett said in the statement. “But this day was too long in coming.”

Through the lengthy legal battle, the federal courts grew increasingly fatigued by the IRS’ tactics.

Earlier this year, the plaintiffs took the first and only disposition of Lerner. That document remains under seal in a matter still being litigated outside of the proposed settlement.

“The generosity of its proposed settlement belies recent, uninformed claims that IRS officials merely mismanaged the files of conservative groups, or subjected liberal groups to similar treatment,” Graves Garrett said in the statement. “To the contrary, Plaintiffs developed evidence showing that IRS managers knew that groups’ views, not their activities, were being used to target them for heightened scrutiny. Even after they gained this knowledge, officials like Lois Lerner failed to release the targeted groups, ordering up more scrutiny and delay even while betraying worry that the ‘Tea Party matter’ was “very dangerous.’ This was far more than the “lack of adequate management” the IRS or TIGTA is publicly willing to acknowledge.

Attorney General Jeff Sessions in his statement on the settlement quoted Chief Justice John Marshall, who concluded that “the power to tax involves the power to destroy. Sessions said “without question” the First Amendment protects against treating groups differently “based solely on their viewpoint or ideology.”

“There is no excuse for this conduct,” he wrote of the IRS. “Hundreds of organizations were affected by these actions, and they deserve an apology from the IRS. We hope that today’s settlement makes clear that this abuse of power will not be tolerated.”