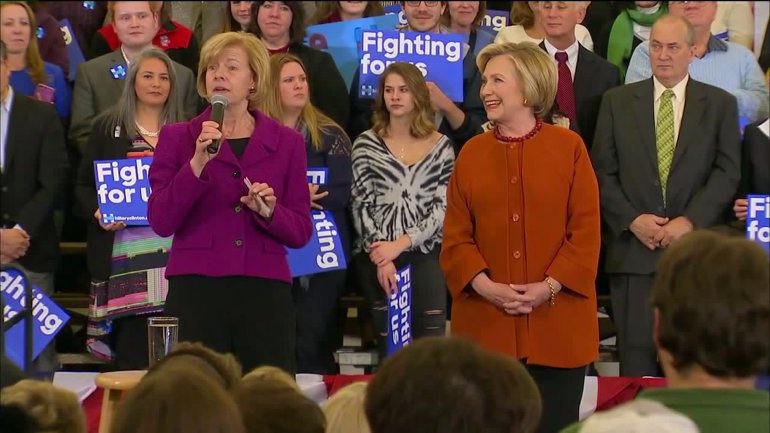 MADISON, Wis. – If Marc Elias could lie to the New York Times, could he have lied to Dan Bice and the Milwaukee Journal Sentinel?

The hotshot attorney known in the swamp as one of the left’s major “political fixers” finds himself in a whole lot of mess these days.

Elias and his law firm have been exposed, along with the Hillary Clinton campaign and the Democratic National Committee, as the funders and pushers of the discredited “Russian dossier.”

And now New York Times reporters are calling out Elias as a liar for long denying his and the Democrats’ role in the dossier, containing unsavory – and false- allegations about President Trump and allegations of coordination between the Trump campaign and the Kremlin.

Maggie Haberman of the New York Times, coincidentally a purveyor of the Russian dossier story, tweeted out this week, “Folks involved in funding this lied about it, and with sanctimony for a year.”

In early 2015, no one in the traditional media seemed to question the credentials or the veracity of “the fixer” when he was tapped by U.S Sen. Tammy Baldwin to fix the mess she had made of the Tomah VA scandal.

In the wake of this week’s Washington Post piece outing Elias and friends, the founder of the firm that represented a Baldwin aide smeared by Elias said the current scandal should raise questions about the fixer’s past.

“His reputation for veracity is shredded,” said Todd Graves of the Kansas City, Mo.-based Graves Garrett LLC. “Anyone should view the representations he made about Marquette Baylor as not only wrong, because they were wrong, but wrong because he uttered them.”

Baylor could not be reached for comment. Graves Garrett no longer represents her.

Baldwin fired Baylor in the wake of investigative reports in January 2015 that found the liberal senator and her office failed to do anything with an inspector general’s report detailing the overprescribing of painkillers and other abuses at the Tomah Veterans Affairs Medical Center. She sat on the report for months and only called for a federal investigation into the VA facility after the investigative piece hit. And Baldwin failed to take seriously whistleblower allegations about the medical facility known as “Candy Land” because of the patient drugging policies that subsequent investigations confirmed.

Elias served as point man in the campaign to discredit the witness.

“Marquette Baylor was terminated because her long-term performance on a range of issues did not meet with the senator’s expectations for effective constituent service,” Elias told the Milwaukee Journal Sentinel’s Dan Bice in February 2015. “As deputy state director for constituent services her handling of the problems at the Tomah VA was only one of those issues.”

Baldwin’s campaign paid the fixer and his firm, Perkins Coie, more than $80,000 in two big payments in March and May of 2015, according to campaign finance records filed with the Federal Election Commission.

“It’s winning at all costs, including the cost of the reputation of good people,” Garrett said of Elias’ efforts to discredit Baylor on behalf of his client.

Hillary Clinton and her husband, former President Bill Clinton, are notorious for their smear campaigns against opponents – particularly those who have alleged sexual misconduct by Bill Clinton.

Now the focus shifts to Clinton and her lawyer again and their involvement in the discredited dossier they paid for to discredit President Trump.

“The irony here is truly that what they aggressively accused President Trump of doing, and were able to easily move into the mainstream media, now appears to be what they (Elias and the Clinton campaign) were doing,” Garrett said. “It’s bad enough to smear people for political advantage, but it is a whole other level of political absurdity when you smear someone for the very thing you are doing. It is beyond description how bad that is.”