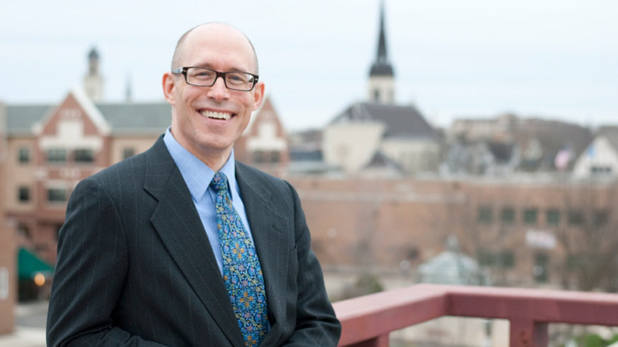 [Madison, Wis…] State Rep. Scott Allen (R-Waukesha) voted against his party’s budget Wednesday for one reason: he couldn’t support a measure that greatly expands the power of the Public Finance Authority – a shadowy, Wisconsin-based agency that he believes has done little to benefit Wisconsin.

Allen tells MacIver News Service that not only is he opposed to giving more authority to the Public Finance Authority, he will issue a memorandum to Assembly Speaker Robin Vos and the Joint Legislative Audit Committee seeking an audit of the PFA.

“I am voting against the budget, an otherwise good budget, because good government is more important than a good budget,” Allen said in an interview Wednesday with MacIver News Service. “This should not be in the budget in my estimation.”

As MacIver News first reported this week, the PFA is involved in some questionable investments around the country.

Allen’s biggest concern, however, is that the Finance Authority, a political subdivision of Wisconsin, has done so little for the Badger State. Just 1.9 percent of the total bond debt issued by the PFA has been for Wisconsin projects, Allen said.

“I had representatives of the PFA in my office this morning and I asked them what is the public purpose of the PFA, and with a little hemming and hawing I got, ‘Well, economic development.’ Okay, great, let’s examine the record.”

The bond broker was ostensibly formed by four Wisconsin counties and the city of Lancaster. The Legislature in 2009 unanimously passed the law that created the PFA. It launched the following year. Its purpose: finding investors for tax-exempt and taxable “conduit bonds” for so-called “public benefit projects.”

What is the public benefit of a Wisconsin organization that has done very little development in Wisconsin? It would seem very little, Allen said. Out of the scores of projects that the Finance Authority has issued bonds for, only two were located within the jurisdictions of the founding Wisconsin local governments, according to the lawmaker.

The PFA has been busy elsewhere. Earlier this year, it issued more than $1 billion in bonds for a 2.9 million square-foot shopping mall in East Rutherford, N.J., known as American Dream Meadowlands. The commerce monstrosity is to include an indoor ski slope and water and amusement rides in the mix of high-end retail.

Last month, Bloomberg reported that Goodwill Industries of Southern Nevada, which runs 50 donation centers and retail stores in Las Vegas, filed for bankruptcy 20 months after issuing $22 million of municipal bonds. The nonprofit issued the debt through the Public Finance Authority, which specializes in serving as a conduit for risky debt.

The PFA is one of more than a dozen third-party bond issuers doing business in the U.S.

“The authority, however, is uniquely lax in its filing requirements and has shown a tendency to issue bonds for projects outside its state when conduits there will not,” Debtwire reported.

Despite its critics, the majority of PFA-connected bonds are performing, according to Debtwire’s breakdown of Bloomberg data. In 2016, the issuer posted a record year of $1.79 billion in bonds issued.

Allen said he’s not going to scrutinize every PFA investment, but he is bothered that the broker has done so much business outside the state that effectively created it.

Allen said PFA officials provided him a document showing the founding members and the sponsoring organizations help promote the authority’s economic development efforts. For those services, they receive compensation. PFA officials would not disclose how much compensation.

“There’s more to this than I have had time to investigate. That’s why I’m calling for the audit because I think it deserves investigation. It deserves scrutiny before we consider expanding its powers,” Allen said.

One of the powers sought in the legislation is the force of eminent domain – the ability of governments to take private property for public use in return for “just compensation” to the owner. Specifically, the provision would authorize “eminent domain to a commission created by contract under current law governing intergovernmental cooperation among Wisconsin entities that are acting under the provision of PFA statute.” That would be the commission that oversees the PFA.

PFA directors have pledged to legislators that the Finance Authority would never actually use the power. Eminent domain is just a tool among a handful of IRS requirements needed to unlock PFA access to new market tax credits and receive tax-free financing status.

“They are giving this quasi-public, shadowy organization the power of eminent domain?” said Eric Bott, state director of the Wisconsin chapter of Americans for Prosperity. The libertarian organization has voiced its opposition to the Finance Authority legislation, asking Gov. Scott Walker to veto it, if it survives legislative debate.

Allen said the IRS is challenging the PFA’s local government status, “and appropriately so.” They need to have either the power to tax, policing power or the power of eminent domain authority. There’s no specific language in the state statute that requires that, hence the move to change the law, Allen said.

Proponents of the modifications to Wisconsin’s PFA statute say they provide greater transparency. The provisions do so by requiring quarterly bond activity reports to the state Department of Administration and the Legislative Audit Bureau. And the commission that oversees the Finance Authority would be considered an “authority” as defined under Wisconsin’s open records law, which means it would be subject to the law. It also would be subject to Wisconsin’s open meetings law.

In 2011, a year after its creation, the PFA branched out nationwide.

“The (PFA) partners with private borrowers and local governments to provide tax-exempt financing for public benefit projects that create temporary and permanent jobs, affordable housing, community infrastructure and improve the overall quality of life in local communities,” according to the organization’s website.

Traditional fees associated with securing tax-exempt financing are too often cost prohibitive, particularly for small projects. By “standardizing and streamlining the entire process,” PFA claims it can save local governments and nonprofits money. More important, PFA asserts its Wisconsin Small Bond Program can move from application to approval and issuance in “as little as six weeks.”

“The (PFA) is out there to create an alternative at a time when communities are really struggling to generate economic activity,” Liz Stephens, Finance Authority program manager, told the Bond Buyer investor newspaper in 2011. “Access to capital is really difficult, and the PFA is there to provide another tool and resource to help local governments.”

In a press release explaining his no vote on the budget, Allen described the PFA legislation as the “ugly” in the two-year state spending plan.

“What is ugly about this budget is that rather than curbing the authority of this so-called political subdivision the budget, in a non-fiscal item, greatly expands the authority and works to remedy PFA’s problems with the Internal Revenue Service,” the lawmaker said. “The obscure provision of the budget has been largely undetected by the public or by legislators. It has gained no attention, no debate, and no public scrutiny. It is yet another example of the need for budget transparency.”