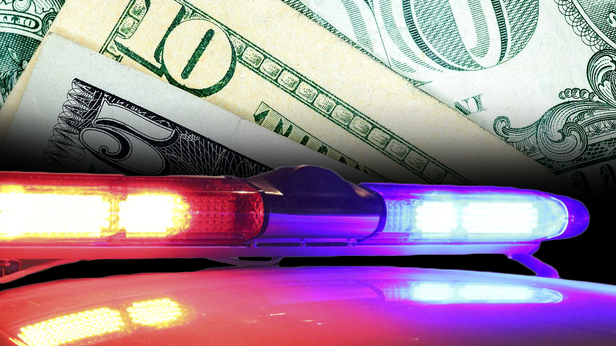 [Madison, Wis…] A bill that would limit Wisconsin’s civil asset forfeiture law is moving its way through the Legislature.

The Committee on Labor and Regulatory Reform is expected to meet in executive session today to vote on state Sen. Dave Craig’s (R-Town of Vernon) reform bill.

“Right now we have a law that allows law enforcement to take your property without you even being charged with a crime,” Craig said of a civil asset forfeiture system that civil libertarians describe as “policing for profit.”

The reform measure requires a conviction before property may be taken and sold as part of the forfeiture process.

The law, as it stands, allows police departments to turn over their drug investigations to federal law enforcement agencies. Doing so moves the cases into the federal court system, which is much more liberal with how much money or property local law enforcement are allowed to keep and cash out than the more restrictive state courts.

“It basically washes the money through the federal government, with the money coming back as appropriations,” Craig said. In essence, the process works like “legal money laundering,” he said.

Wisconsin’s civil asset forfeiture law requires 50 percent of crime-related forfeitures go to the state school fund. Critics of the law say it has been loosely interpreted or outright violated. The statute allows about a half-dozen items in law enforcement to be reimbursed before being turned over to the school fund. Some law enforcement agencies have taken liberties with the law’s intent.

“The spirit of the law or the Constitution wants as much money as possible going to the school fund,” Craig said. The bill clearly limits what law enforcement can do with the proceeds from the property confiscated in investigations so there is no “profit motive” to execute the law, he added.

Seizing agencies are allowed to sell the property that is not required to be destroyed or transferred to another agency.

“The agency seizing the property may deduct 50 percent of the amount received for administrative expenses of seizure, maintenance of custody, advertising and court costs and the costs of investigation and prosecution reasonably incurred,” the statute states. “The remainder shall be deposited in the school fund as the proceeds of the forfeiture.”

But do upgrades to audio and video equipment in police interview rooms fall under the intent of the 50 percent rule?

The Oshkosh Police Department apparently believes so. In its 2017 Proposed Budget and Performance Report, the department notes that it, “Received ten state forfeiture actions against drug offenders.” The money appears to have been used for the upgrades. Oshkosh Police Chief Dean Smith did not return a call seeking comment.

Under the report’s “Objectives to be Accomplished Next Year,” the chief said the department would “continue to seize assets from criminals and pursue forfeitures when practical and within statutes.”

“Every year, police and prosecutors across the United States take hundreds of millions of dollars in cash, cars, homes and other property – regardless of the owners’ guilt or innocence,” asserts the Institute for Justice in its most recent report, “Policing for Profit: The Abuse of Civil Asset Forfeiture.”

The report finds forfeiture activity has exploded, particularly in the new millennium.

Some of the report’s findings:

The Institute for Justice gives Wisconsin an above-average grade on its civil asset forfeiture law, but notes the statutes “lack important protections for property rights.” While tempered by a limited financial incentive for law enforcement agencies to seize property, as Craig notes, there are benefits to be gained by moving criminal investigations into federal jurisdictions.

The Wisconsin Professional Police Association opposes the plan. Jim Palmer, executive director of the police union, says the reform bill would make it harder for cops to do their job.

“To require that a conviction has to go through before the property can be seized simply allows criminals to continue to use property that has likely been used in the commission of a crime and to dispose of property,” Palmer told Wisconsin Public Radio earlier this year.

“Likely” is not guilty in a court of law, reform advocates say.

Craig said the reform legislation needs to provide more education on what law enforcement can keep and what it can’t under civil asset forfeiture.

“We’re seeing drug training programs, all-terrain vehicles, and other things being purchased,” he said. “These may have a legitimate use but they should be acquired through local budgets, not through forfeitures.”