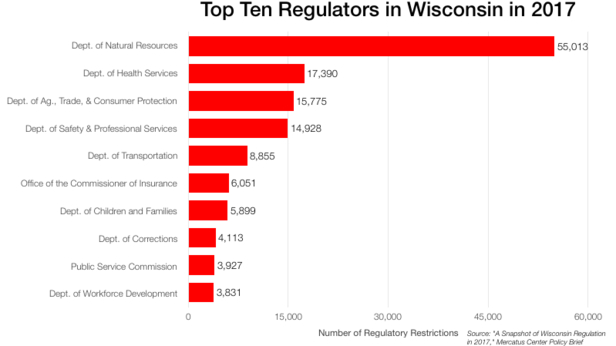 As Walker signs the REINS Act into law, a new report examines the extent of Wisconsin’s regulatory code 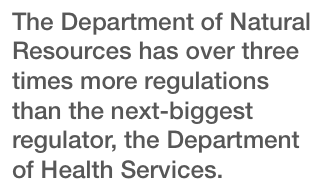 It would take the average person 667 hours, or almost 17 weeks, to read the 2017 Wisconsin Administrative Code, assuming that person spent 40 hours per week reading at a consistent rate of 300 words per minute. Utilities, food manufacturing, and chemical manufacturing are the top three most-regulated industries in Wisconsin, according to the report.

Together, DNR and DHS account for 45 percent of all restrictions in Wisconsin’s code. 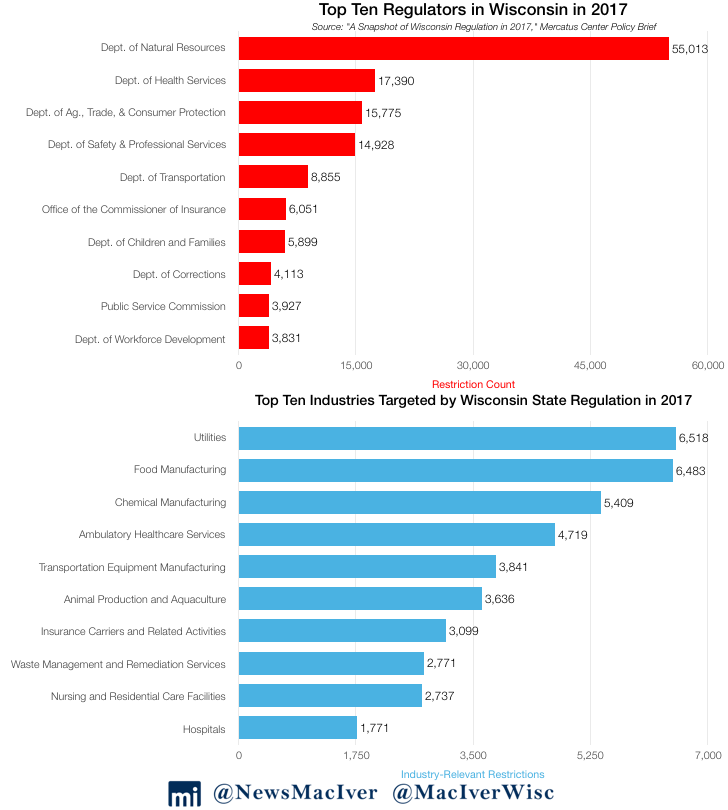 Wisconsin businesses must comply with all regulations to operate legally, and state-level regulations are just one layer. The federal code has over 1.15 million additional restrictions.

Gov. Scott Walker’s administration has made regulatory overhaul a priority, pointing to regulations as a stymie for business growth, success, and entrepreneurship. “The Wisconsin REINS Act takes away power from unelected bureaucrats and makes sure state agencies are truly held accountable to our taxpayers. More importantly, it allows our taxpayers the opportunity to weigh-in earlier in the rule-making process,” Walker said.

Walker is expected to sign the REINS Act into law today, making Wisconsin the first state to pass the law. The REINS Act will require legislative approval before any rule or regulation with an economic impact greater than $10 million goes into effect.

“One of our top priorities here in Wisconsin is making sure the government services we provide our citizens are effective, efficient, and accountable. And at the end of the day, we want Wisconsin government to operate at good-value for the hard-working taxpayers of our state,” Walker said. 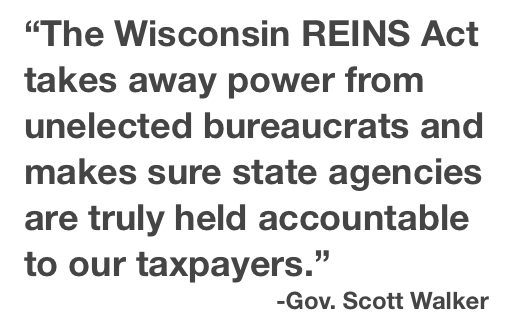 James Broughel, a co-author of the Mercatus report, praised Wisconsin’s progress passing the REINS Act and called for the regulation-cutting momentum to continue.

“With passage of the REINS Act, Wisconsin is changing how states keep new regulatory burdens to a manageable level. But an effective look back process analyzing old regulations is also important. With nearly 160,000 regulatory restrictions already on the books, this will be the next frontier for regulatory reform in the Badger State,” Broughel said.

“We remain committed to making state government more accountable to our citizens, and with the REINS Act, it’s just one of the ways we’re continuing to move Wisconsin forward,” Walker said.