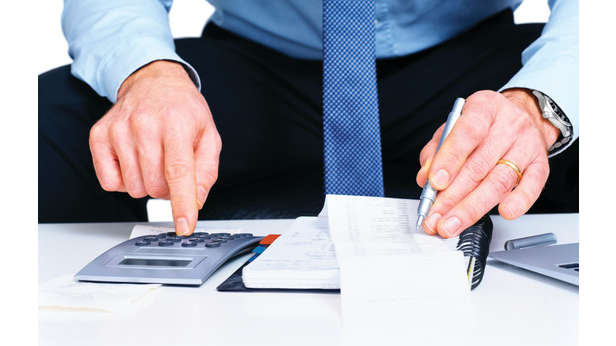 And state Rep. Dale Kooyenga (R-Brookfield) is on a crusade to kill what’s left of the AMT. 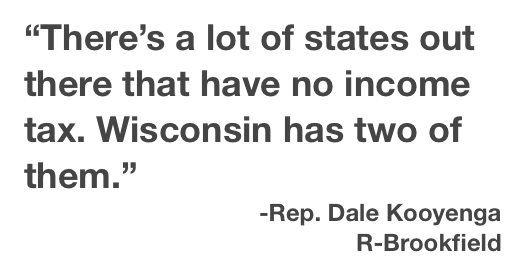 “I’ve been working on this for seven years, and so now is the time to get rid of this tax,” Kooyenga, a member of the Legislature’s Joint Committee on Finance and the celebrated “CPA Caucus” told MacIver News Service this week.

Kooyenga believes “the future is now,” but it appears a few Republican senators want to hold onto the approximately $6.7 million per year the alternative minimum tax still sweeps up.

As noted by Kooyenga and Sen. Howard Marklein (R-Spring Green) in their 2015 column, “Wisconsin’s Tax Code: The Good, The Bad, & The Ugly,” Wisconsin remains one of just six states with the tax system. Those states include some of the most notorious tax-and-spenders, such as California and Connecticut.

The AMT, a kind of second income tax, adds normally tax-free money back into an individual’s adjusted gross income. The tax uses a different set of rules than the standard income tax to calculate taxable income after allowable deductions. Some things can be deducted under AMT, but some things can’t. In fact, its purpose and pursuit is to make sure “certain taxpayers” don’t use tax incentives to escape the state income tax.

While the majority of AMT payers post higher gross earnings, the law is spreading its taxing talons into the incomes of retired teachers, the elderly, and those hit with high medical costs.

The Tax Policy Center has described the AMT as “the epitome of pointless complexity.”

Kooyenga noted a retired Wisconsin school teacher whose state pension was caught in the AMT after her husband passed away and she had to sell his business under duress. The tax code generally allows a loss reported on the sale of a business to be carried forward to lower taxes on other income categories, like a school teacher pension.

In another case, an elderly man lost the majority of his savings – a half million dollars – investing in his son’s failed startup. That net operating loss was eligible to be carried forward to lower his taxable income, but his financial circumstances triggered the AMT.

“So once again here’s an elderly individual that’s living on his Social Security and investments and he gets caught in the alternative minimum tax because he had a business loss,” Kooyenga said. 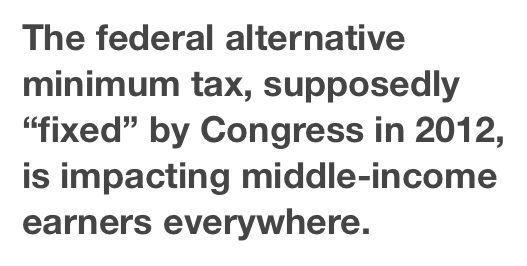 “While the AMT hits a much larger percentage of million-dollar households, those who earn less than $200,000 actually account for a much larger number of people who actually pay the alternative tax,” wrote Jeanne Sahadi of CNN Money in 2015.

“Taxpayers can deduct state and local taxes under the regular income tax but not the AMT. Thus, in 2017 taxpayers in high-tax states are more than twice as likely to be on the AMT as those in low-tax states,” the Tax Policy Center states in its latest briefing.

Kooyenga’s plan pays for the elimination of Wisconsin’s alternative minimum tax through the elimination of a tax credit. Businesses that have operations in Wisconsin and other states – not including border states with tax reciprocity agreements – receive a dollar-for-dollar tax credit on those outside tax payments. The same holds for Wisconsin residents working in other states not covered under reciprocity. That would end under Kooyenga’s proposal. The elimination of the tax credit would save the state $20.3 million over the biennium, according to a legislative omnibus motion on state tax policy.

“We’re subsidizing other states with higher taxes,” Kooyenga said, pointing to high-tax states such as California and New York.

A decade ago the tax credit didn’t cost much. Wisconsin’s tax rate was higher, so the credits were nearly negligible. But several rounds of income tax cuts since Gov. Scott Walker took office have led to rising tax credit costs through the state reimbursement program.

The Legislature has made strides over the years in limiting the AMT’s impact. At one point, the tax grabbed north of $100 million in revenue over the budget cycle, Kooyenga said.

But a few senators, according to Kooyenga, may be pausing at full elimination. He said he’s not sure who is shooting it down in the “small room” of the Senate Republican caucus, but he thinks passage could be in jeopardy. If it’s a question of optics – that the left will complain Republicans are offering more tax breaks to the rich – Kooyenga said lawmakers need only look to the total impact of a tax that is complicated at best, inequitable at worst.

Maintaining the alternative minimum tax, even with the relatively tiny revenue it generates today, sends the wrong message from a state that has been cutting taxes over the past six years, Kooyenga said. Just last week, the Joint Finance Committee moved to eliminate the state forestry mill tax.

“There’s a lot of states out there that have no income tax. Wisconsin has two of them,” he said.