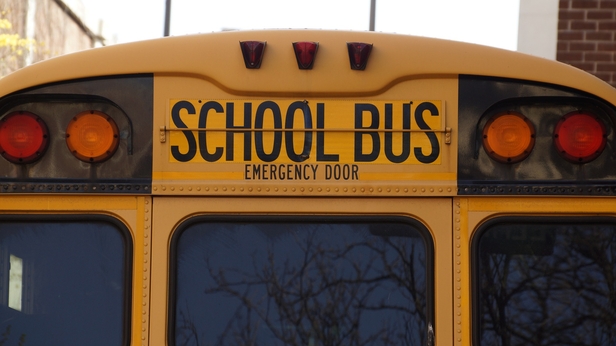 The Senate plan spends $24 million more than Walker’s already-generous education proposal, which sent $648 million more to public schools than current funding levels. It also adds six more positions to DPI compared to the governor’s plan. The biggest chunk of that spending increase comes in the form of categorical per pupil aid, which is the same in the Senate plan as in Walker’s proposal.

One place where the Senate shifts away from Walker’s proposal is the low-revenue adjustment, allowing certain school districts to levy higher property taxes. The low-revenue adjustment is currently set at $9,100 per pupil, and Walker’s budget proposal maintains the same level. The Senate plan would increase that number to $9,300 in 2017, then by another $100 per pupil each year until it hits $9,800 in 2022-23.

That would increase certain school districts’ levy authority by $23.2 million statewide, allowing those districts to increase property taxes at the local level.

The idea is similar to one floated by the Assembly Republican Caucus in June. The Assembly package, championed by Rep. Mary Felzkowski (R-Irma) and Joint Finance Co-Chair Rep. John Nygren (R-Marinette), would have raised the low-revenue adjustment to $9,800 in the second year of the budget. That adjustment would raise the statewide revenue limit authority by $92.2 million overall.

“I don’t think anybody will dispute the fact that it’s a huge inequality. It’s lack of opportunity. If you’ve got a large district, they’re levying at over $10,000. There’s more opportunities for kids,” Felzkowski said at the time of the Assembly proposal’s release. Looking at school districts like Elkhorn or Merrill, she said, “where their levy limits are locked down at $9,200, they’re struggling to meet the requirements to get these kids into college. The opportunities aren’t there. I don’t think anybody can say that’s fair or that we’re doing a good job.”

Sen. Leah Vukmir (R-Brookfield) praised the Senate plan, which also repeals the state property tax, the personal property tax, and state prevailing wage, and announced that she would support it.

“Our constituents sent us here to hold the line on taxes. This budget does that and more,” Vukmir said in a press release. “Not only are we eliminating the state property tax, but we are also abolishing the personal property tax, which will give much needed relief to small businesses and startups.”

As for school choice, the plan would increase the statewide voucher program’s income limits to 220 percent of the poverty line in 2018-19, or $53,460 annually for a family of four. Under current law, families making up to 185 percent of the poverty line are eligible for the statewide program, far below the 300 percent limit for Milwaukee and Racine. Assembly leadership said in a press release that the Assembly would remain committed to increasing statewide income limits to 300 percent, creating equity across the state.

An estimated 550 more pupils will enroll in the statewide program as a result of the changes. Other changes to the programs include prorating summer school payments for schools, allowing private choice schools to establish virtual education programs, and increasing the public school open enrollment transfer amount by $100 per pupil starting in 2017-18 and again each year until 2020-21.

The Senate plan also removes some bureaucratic barriers to the choice program in the second year of the budget. For example, one regulation says that students can only apply for the Special Needs Scholarship Program if they are first denied from public school open enrollment. Students can only apply for the scholarship if they are currently attending a public school. The Senate proposal does away with both barriers, bringing in an estimated 250 more pupils.

In a May interview with MacIver News Service, Bill Koehn, administrator and head teacher at St. Coletta Day School of Milwaukee, said such rules pose “significant” barriers for families struggling to provide a quality education for their children.

The proposed spending plan also authorizes a state charter school office to create charter schools statewide without the approval of local school boards. Currently, the office is limited to creating the schools in Madison and Milwaukee.

Rather than requiring school districts to verify that employees are paying at least 6 percent towards pension plans and 12 percent towards healthcare, the Senate plan would instead have districts annually report details of employee healthcare plans. The so-called “Act 10 requirement,” a contentious provision introduced in Walker’s budget, is aimed at tracking Act 10 savings across the state and links compliance with Act 10 to increased state aid.

Some will likely be disappointed in Act 10 compliance no longer being linked to additional state aid. However, the reporting requirement is still significant – for the first time, districts will regularly report true Act 10 savings, allowing the public to accurately track the law’s immense impact.

The Senate plan would limit school district referenda to regular election days, except in cases of emergency. That idea is adopted from a legislative package introduced earlier this year by Sen. Duey Stroebel (R-Saukville) and was also included in the Assembly Republican plan.

Other changes are less likely to be embraced by the Legislature’s staunch conservatives, including $9.2 million in state spending for laptops for every high school freshman, regardless of income. The program would start in 2018 and would require schools to match $125 contributions in order to receive funding. The Assembly’s K-12 plan also included free laptops for students, but would have started the program one year earlier, to the tune of $18.4 million in the biennium.

The plan pulls back on performance-based funding for Milwaukee’s schools. Walker’s plan would have spent $5.6 million for public, charter, and private choice schools in the City of Milwaukee. Of that, nearly $2 million would be set aside for the best-performing schools, who would receive awards based on their total number of pupils.

Instead, the Senate plan deletes the $2 million allocation for top schools, sending all of the performance-based funding to schools located in failing school districts in addition to any schools in the City of Milwaukee. In order to receive the extra funding, schools would have to develop a school improvement plan targeting math and reading, and must have increased their overall report card score from three years prior.

Walker’s proposal would have eliminated renewal requirements for teacher and administrator licenses, effectively creating so-called “lifetime licenses.” The Senate plan would instead create provisional three-year licenses for new employees, followed by a lifetime license upon the successful completion of six consecutive semesters.

While the Senate plan would spend $24 million more than Walker overall, it cuts back on certain allocations while creating several new programs.

Brand new allocations include $2 million for a pilot program for shared services, $750,000 in incentives grants for districts that participate in whole grade sharing or who consolidate with other districts, and $1 million for a rural school teacher talent program.

The Senate plan also includes several provisions that had been proposed by Walker but were tossed out by the Joint Finance Committee as non-fiscal policy items. One restored provision would require schools to include more information on annual report cards, such as the number of students participating in early college credit programs, youth apprenticeships, and AP courses offered and credits taken.