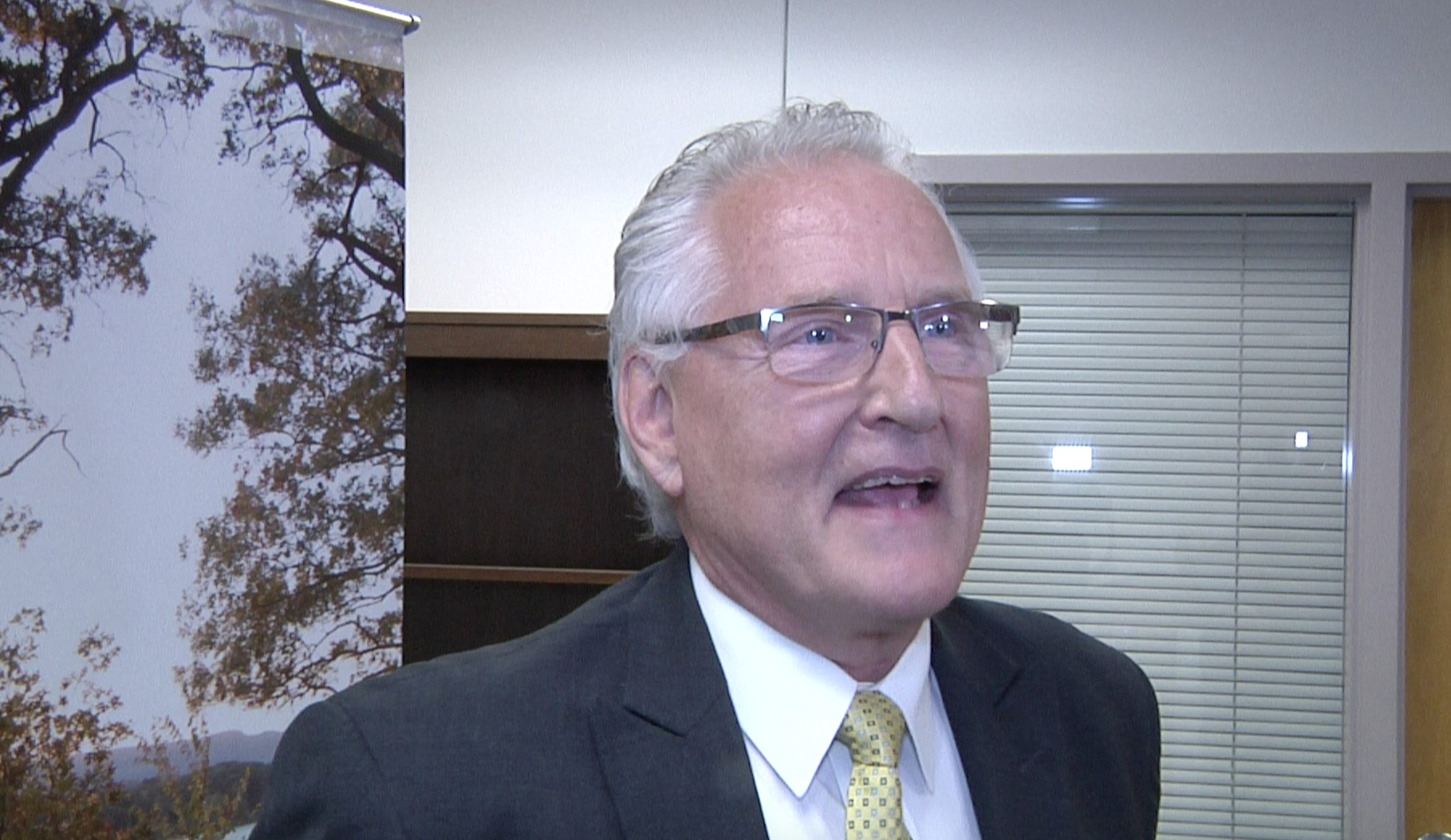 [La Crosse, Wis…] The seemingly endless budget stalemate in Madison could lead to a loss of federal funding and delays in projects around the state, Department of Transportation Secretary Dave Ross warned Friday in an address to the La Crosse Area Chamber of Commerce.

“Without a budget it becomes more and more difficult to attract dollars to the state of Wisconsin through grant programs offered by USDOT,” Ross told attendees, mostly La Crosse area business leaders. “We need a budget to continue to take these opportunities.”

Ross said the DOT is making a very large request of federal dollars this year. “We think we are in line for a good, substantial allocation,” he said, but added if the DOT goes without a 2017-19 budget for too long, the department will struggle to meet its funding obligations that are required to qualify for the federal dollars.

The Department of Transportation reportedly plans to request $341 million in federal transportation money, significantly more than the state’s typical request of the feds.

The secretary said the federal government requires the state to show it can match the federal money. Right now, the DOT has enough money to shift dollars around within the department, but that won’t be the case for long.

Every day the budget stalemate drags on, the DOT is operating off the base budget – the second year of the last biennial budget. Spending in the previous budget was front-loaded in the first year and the base budget relies on spending in the second year. That means fewer dollars for projects around the state, re-allocation of money to projects to meet federal matching requirement, and the possibility of widespread project delays.

After months of stalemate over transportation funding between the Assembly, Senate, and governor, Ross said he’s seen a “sea change” in support for the governor’s original budget compared to when the budget was first introduced. “The tone in Madison has changed now to ‘hey, we want back what was lost when the governor’s budget got thrown out’,” he said.

The governor’s transportation budget proposal doesn’t raise gas taxes or vehicle registration fees, keeping a key campaign promise. It also provides more aid to local governments and keeps the vast majority of projects around the state on-track. While the Senate largely backs the governor’s proposal, Assembly leaders have long bucked the governor’s insistence on not raising taxes or fees, and recently rejected an offer by Walker to reduce bonding in his proposal by $200 million.

“I thought this was a brilliant olive branch that he gave to the Legislature,” Ross said. The $300 million level of bonding Walker offered is very close to the amount of bonding the DOT pays off every year, Ross said.

Ross also called the perception that transportation revenue is declining a “myth,” citing $100 million more in gas tax collections in the next biennium. Another myth is that projects are costing more money each year. In fact, the DOT is paying 12 percent less for road projects than last year and has saved $100 million in bid letting just this year, Ross said.

“That’s how the governor’s going to lower bonding by $200 million,” the secretary said.

Ross told MacIver News that a bill being circulated by a coalition of 18 Assembly members and senators makes needed reforms to DOT. “We like a lot of things in that reform package…we need to look at our spending, we need to look at how we prioritize dollars going out to our districts…we just need to look at the bidding process,” he said.

Ross has long said the DOT doesn’t have a revenue problem, it has a spending problem.

“We want more asphalt, more concrete, more projects, but we don’t want to spend any more money because we have sufficient funds to do it. We just have to do it right,” he said.

Ross’s ultimate message was that the DOT just wants a budget – ideally the one first proposed by Walker but thrown out by the Joint Committee on Finance in the first phases of the budget process.