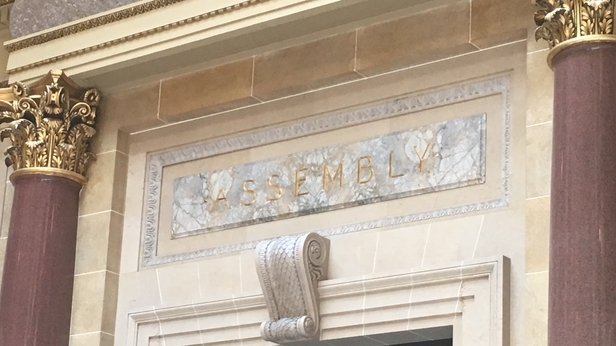 Democrats who try to work across the aisle could face a bleak future – Rep. Daniel Riemer (D-Milwaukee) is living proof.

Rep. Jesse Kremer (R-Kewaskum) spoke with MacIver News to explain what happened. Kremer says he first asked Rep. Evan Goyke (D-Milwaukee) to work with him on the Campus Free Speech Act. Goyke suggested that free speech may be more up Riemer’s alley since he graduated from the University of Chicago – the matriarch of free speech principles.

Some of Kremer’s caucus members were hesitant at first, questioning Riemer’s motives and wondering “what’s he trying to pull?” Kremer insisted that his goal was to try to get the bill “to the point where both sides of the aisle could…agree on some things…and at the same time we’re not compromising our bill, but that we think our entire caucus would vote for.”

The morning of June 21st, the day of the bill’s assembly vote, Riemer pulled Kremer out of caucus to bounce ideas around on how to improve the bill. Kremer commented that “some of his ideas weren’t that bad, they actually made the bill better, stronger even.” As they worked in the back of the parlor, Rep. Peter Barca (D-Kenosha) and Rep. Chris Taylor (D-Madison) were “hovering around, watching us, kind of like vultures…but [Riemer] kept working.”

Things got dicey when Kremer went to the floor to introduce his new amendment to the bill, which revised the Council on Free Expression to give the Board of Regents oversight rather than directing them to create a separate committee. Kremer said that “Barca flew off the handle because he said we don’t know anything about this… We said that we were working with someone on his side of the aisle that had an amendment that we thought we wanted to vote for. [The Democrats] said there is absolutely no way there’s a rogue Democrat amendment that [they] are going to even consider and [they] don’t want this being brought up.”

When Barca called for informal session to review the new amendment, Kremer “heard Chris Taylor was just screaming at Rep. Riemer. [Democrats] were cursing him out on the floor when we had taken that break. They were all over hovering around his desk. After this all happened I looked over at him and he was sitting there with his head down for the next hour and I thought he had just given up and he was just beat back, but no. He came over to my side of the room…and he brings the amendment over to me, says I’ve been reviewing this…and it looks good to go.”

Public humiliation on the floor wasn’t the only retaliation from his fellow Democrats. The Assembly Chief Clerk’s office confirmed that Riemer was removed from the Ways and Means committee on June 28th and replaced by Rep. Melissa Sargent (D-Madison). Legislators with sophomore standing or above, like Riemer, are allowed one and a half staffers, but after the free speech blowback Riemer lost his half staffer. His staff is now equivalent to that of a freshman legislator’s. According to Kremer, Riemer expressed concerns earlier that day that this might be the end of his political career.

Kremer reiterates that free speech should not be a partisan issue, but that the Democrats are making it one. “This used to be the Democrats’ high ground. This used to be something that was one of their big issues and all of a sudden now that it’s a Republican issue, they want nothing to do with it. [Riemer] knew what this was about and he knew it was the right thing to do. I think a lot of them over there knew it’s the right thing to do. But for whatever reason, they just have to follow lock, stock, and barrel right down the party line,” Kremer commented.

This is not the first time Kremer has experienced issues working with Democrats. Earlier this session when he was working with Rep. Dave Considine (D-Baraboo) on an industrial hemp bill, Considine got cold feet at last minute and released the bill on his own. The next week, Kremer released his own version of the bill, but with significant bipartisan support.

Kremer hopes Democrats are not dissuaded from trying to work with him and fellow Republicans, but says people may be leery working with the Democrats based on this vengeful behavior.

Rep. Dianne Hesselbein (D-Middleton) and Rep. Goyke told Kremer that the Democrats “don’t do a lot of education with new representatives and [they] don’t really tell them how to work with the other side and how to manage their office,” which Kremer found eye-opening. Regardless of the reasoning behind the lack of collaboration, Kremer states “it is what it is, and I think whatever Peter Barca tells them to do, they’re going to have to do or they’re going to get slammed down.”

Another reason Kremer thinks the Democrats fought so strongly against the friendly amendment – messaging strategy. “They wanted the story line to be what One Wisconsin Now had been touting – that this is a Republican bill, there is no Democrat support for it. Which is too bad,” Kremer stated.

According to Kremer, Riemer deserves immense respect for standing his ground and fighting for principle over party. He reached out to Riemer as a friendly gesture to apologize for the way his fellow Democrats are treating him and express hope that they can continue to work together in the future.

Kremer’s Campus Free Speech Act bill passed the Assembly in late June is awaiting a Senate vote in the fall.

At the time of publication, the offices of Barca, Taylor, Goyke, Sargent, and Riemer did not return MacIver’s request for comment. Riemer’s remaining staffer was unable to verify his ex-coworker’s last date of employment.