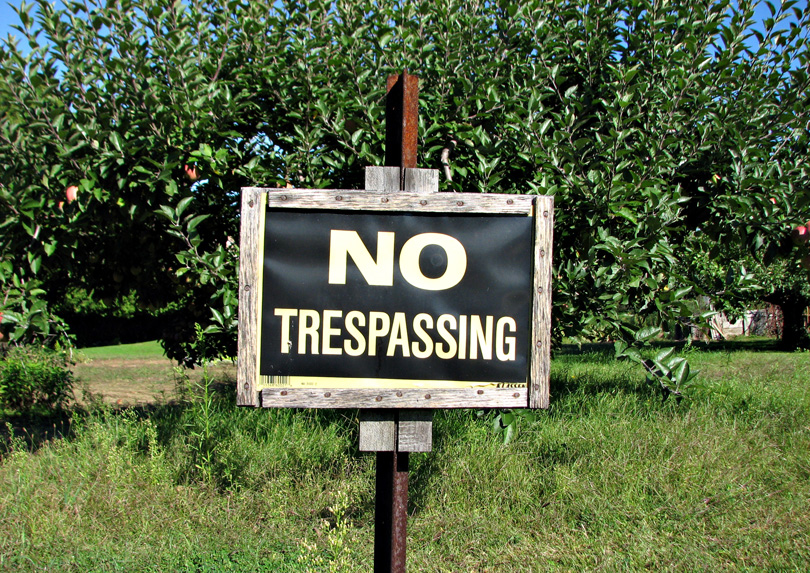 [Madison, Wis…] -In his breathless coverage last week of a bill aimed at reining in the power of DNR game wardens, the Milwaukee Journal Sentinel’s Paul A. Smith forgot something.

He forgot to mention one of the inspirations for the bill, Robert Joseph Stietz, 69, who spent a year in prison in large part for the crime of minding his own business on his southwest Wisconsin farm.

Stietz doesn’t see conservation wardens – a couple in particular – as “the ‘good guys’ in natural resource protection,” as Smith characterizes.

Stietz and his family, who have been through hell thanks to the very long arm of the state Department of Natural Resources, certainly don’t see the legislation as the “greatest threat in the 138-year history of the force,” as Smith insists.

The newspaper’s outdoor editor cited the “robust show of support” that Wisconsin’s “thin gray line” received from opponents – many of them former conservation warrants – at a committee hearing Wednesday on Assembly Bill 411.

Smith heavily quoted the dozens of critics, including members of conservation groups, who testified the bill is a “disaster waiting to happen,” and that the proposal is a “poacher’s dream.”

Here’s what the bill intends to do: Wardens would no longer be free to pop onto citizens’ private property without reasonable suspicion of a violation.

Under the “open fields doctrine,” DNR wardens can do warrantless searches of “the area outside a property owner’s” home without running afoul of the Fourth Amendment’s protections against unreasonable searches and seizures.

State Rep. Adam Jarchow, lead author of the bill, says DNR agents have taken liberties with the openness of the open field doctrine at the expense of private property owners’ liberty.

“The reason for this bill is very, very simple. I’m a constitutionalist and I believe in the constitution,” the Balsam Lake Republican said. “The open fields doctrine says wardens can waltz onto your property any time they want, for any reason.”

“We are setting the lowest constitutional bar, reasonable suspicion…the same standard law enforcement has to have when they pull over a car to check license and registration,” added Jarchow, a private attorney. “Police have to have some reason to pull you over. Here, (DNR wardens) don’t have to have a reason to go on private property to check your license.”

But there is good reason, the former wardens and their Journal Sentinel PR agent contend.

“If wardens were prohibited from checking game law compliance on private land, it would seriously undermine protection of the public resource,” Smith wrote in his rant against the legislation.

The wardens will not be prohibited from checking compliance, but they must have reasonable suspicion before they enter PRIVATE PROPERTY.

“I don’t know what experiences you’ve had with Wisconsin Department of Natural Resources wardens, but in my four decades of licensed hunting, angling and assorted outdoor recreation in the state, I’ve come to know them as the ‘good guys’ in natural resource protection,” Smith wrote.

In other words, Jarchow’s bill makes wardens out to be the bad guys. It does no such thing, the lawmaker says. It gives private property owners protection from those abusive agents who cast aside the Fourth Amendment of the U.S. Constitution in the name of law enforcement.

The Lafayette County farmer was sentenced to a year in prison in 2014 on charges of resisting arrest and pointing a gun at an officer. Last month, the state Supreme Court in a 4-2 decision ordered the lower court to grant Stietz a new trial because Circuit Court Judge James R. Beer refused to instruct the jury on Stietz’s defense of self-defense.

On the last day of the gun-deer season in November 2012, Stietz was on the lookout for trespassers. It was a recurring problem for the farmer, who, according to testimony, has long dealt with trespassers hunting on his land and vandalizing his property. All of that was in his mind as he was checking his fences as two DNR wardens approached him, according to case files. The wardens had noticed Stietz’s car parked in his field, about a quarter mile from the highway.

It was nearly dark when the wardens, wearing their blaze-orange DNR uniforms, confronted Stietz.

“Stietz testified that he did not see the DNR insignia or badges as the men approached, and that in his mind, the blaze-orange signified hunters. In addition, Stietz testified that neither man clearly identified himself as a game warden as they approached him, leading him to suspect they were two trespassers hunting illegally on his land,” wrote Deborah Spanic in a piece for the State Bar of Wisconsin.

“After the wardens asked Stietz if he had seen any deer, they then asked if his rifle was loaded. He said yes. One warden asked twice for the rifle and Stietz said no both times. Stietz testified that at this time he feared for his life. The warden then grabbed Stietz by the front of his jacket while reaching for the rifle.”

After one of the agents grappled with Stietz and grabbed his rifle away, Stietz said he saw the other warden reaching for his handgun. Stietz then took out his handgun, telling the wardens he had a right to protect himself. A standoff ensued, broken only after deputies arrived and assured him that he wouldn’t be “gang tackled.” Stietz was promptly arrested.

In a concurring opinion, Justice Rebecca Bradley wrote that the wardens “were not in a public place” and that they “did not have reasonable suspicion that Stietz was breaking the law when they drove onto private property to investigate.”

“A car legally parked on private property does not, alone, create a reasonable suspicion of a hunting violation. A mere ‘hunch’ that the car means someone is hunting illegally is also insufficient,” the Supreme Court justice wrote.

The state cited the open fields doctrine in its case against Stietz, arguing the law “justified the wardens’ intrusion on private property, reasoning that the doctrine made Stietz’s secluded, remote land a ‘public place’ on which the wardens were privileged to traverse,” Bradley noted.

“The state is wrong.”

Stietz’s wife, Sue, described to committee members the price her family has paid and laid out why the bill is so important for all private property owners in Wisconsin.

“For me, the DNR’s belief that it somehow was free to open the cattle gate to our pasture land, wander around inside for merely curiosity and then disarm my husband who was checking the fence line and obeying the law, that almost cost me my husband of over 40 years. It almost cost my kids their dad. And it almost cost my grandchildren their grandpa,” she testified.

“That confrontation on our land and on our easement did not have to happen,” Sue continued. “Bob was obeying the law and the DNR had no reason to believe he wasn’t. And it wouldn’t have happened if the DNR needed just reasonable suspicion to barge into our pastureland, a quarter mile off the nearest public road.”

“This has been a nightmare. Words can’t even describe it. It was so humiliating that this happened to our family,” she said.

The nightmare isn’t over. The Stietz family has racked up tens of thousands of dollars in legal bills, more than the Stietzes paid for their farm in 1985, Sue said.

“That’s why people don’t fight these things,” she said. “But you can’t put a dollar on a life…We fought for everyone,” despite hearing from some who told them they couldn’t win, that the DNR can do whatever it wants.

But you won’t find any of that in Smith’s account in the Journal Sentinel. He has a right to his opinion, but leaving out Stietz’s account is a journalistic sin of omission.

What about the very American principle of private property rights?

“It might as well have been written by the former DNR wardens,” the lawmaker said. “It’s embarrassing that the paper of record for the state of Wisconsin publishes this kind of story. That thing was masquerading as news.”

Smith wrote that a DNR warden is welcome in his camp or boat anytime. Would he feel that way if her were standing in Robert Stietz’s boots?