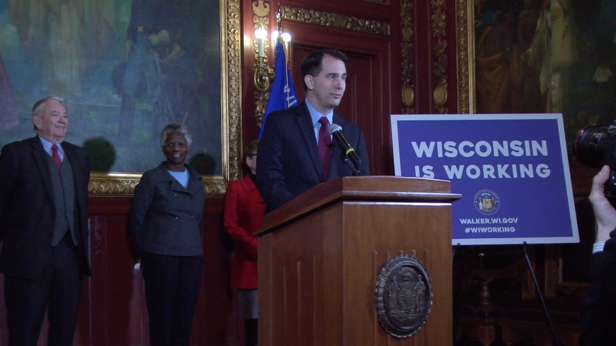 Request to feds includes a slate of other reforms including work requirements, monthly premiums

[Madison, Wis…] A longtime leader in welfare reform, Wisconsin has become the first state in the nation to request a federal waiver to drug test able-bodied, childless adults who seek Medicaid benefits.

The Department of Health Services submitted a broad request to the federal Centers for Medicaid Services Wednesday, asking the Trump administration for permission to implement a variety of reforms to the state’s Medicaid program – also known BadgerCare – including the drug screening requirement.

If granted, the waiver would allow Wisconsin to screen those who apply for BadgerCare for drugs and, if necessary, require participants to submit to a drug test. If a recipient fails, he or she would have to enter a state-funded treatment program. If they refuse, they would be ineligible for BadgerCare benefits until they agree to enter treatment.

The DHS is also requesting to establish a two-tier requirement for monthly premiums and copayments for emergency room visits. Childless adults with household incomes from 51 to 100 percent of the federal poverty level would have to pay $8 per month for their benefits and an additional $8 for each emergency department visit.

Childless adults below 50 percent of the federal poverty level would not have to pay the nominal premiums or out-of-pocket copayments.

The DHS request also seeks permission to implement work requirements mirroring those implemented in the state’s FoodShare program. As in the FoodShare Employment Training (FSET) program, recipients would have to either work 80 hours per month or take part in job skills training. BadgerCare benefits would be limited to four years for anyone not meeting the work requirements under the request.

Since implementing the work requirements in the FoodShare program, more than 21,500 FSET participants have gained employment.

The request is part of Gov. Walker’s comprehensive welfare reform package, dubbed “Wisconsin Works for Everyone.” The main goal of the reforms, Walker has said, is to help people break free from dependence on government and enter the workforce.

“Wisconsin Works for Everyone is about helping people transition from public assistance into Wisconsin’s workforce, where they can build a solid financial foundation for themselves and their families,” Walker said in a statement detailing the waiver request.

“Unemployment is low, and the percentage of people working in Wisconsin is among the best in the nation,” Walker said. But the 17-year low unemployment rate of 3.2 percent, while good news for job seekers, also means the state is facing a worker shortage.

With near-rock bottom unemployment, the need for able-bodied individuals to “get off the sidelines” and enter the workforce is especially urgent, a sentiment Walker has stated repeatedly. His drug testing requirement is intended to help people get clean and gainfully employed.

Walker’s reform package is an ambitious re-visiting and extension of former Gov. Tommy Thompson’s groundbreaking W-2 welfare reforms of the 1990s, which turned the existing Aid for Families With Dependent Children (AFDC) on its head.

Thompson’s reforms – celebrated late last month at a “Tommy@30” symposium marking 30 years since Thompson took office – created the expectation that welfare benefits shouldn’t just be “free money”, but that recipients should be expected to earn the benefits.

Ultimately, Thompson’s reforms reduced Wisconsin’s welfare rolls by 93 percent and served as a national model for the welfare reform President Bill Clinton signed into law in 1996.

Walker’s welfare-to-work initiatives make Wisconsin a welfare reform leader once again by requiring the drug screening, and trying to abolish the “benefits cliff” that causes BadgerCare recipients to lose all benefits when they make one dollar too much in income.

By requiring recipients to pitch in for their coverage, the groundwork will be in place to turn the cliff into a ramp to encourage recipients to work more hours, take promotions, and advance their careers.

The submission of the waiver request to CMS triggers a 30-day public notice period, along with a 45-day period in which the feds have to make their decision. The reforms would be implemented no sooner than one year after the request is approved.