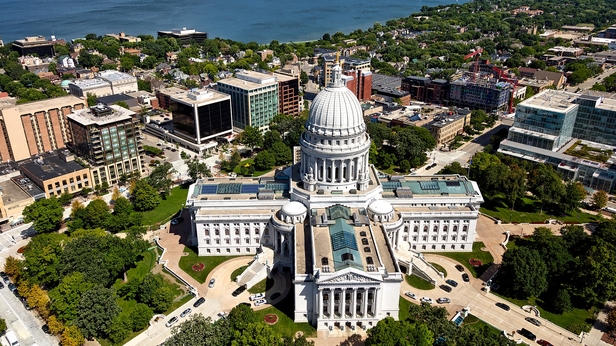 Happy Friday, everyone! It’s been another busy week in Wisconsin politics. Here’s the rundown of the top stories – from free speech victories to unused sick leave controversies.

Last year alone, more than $168 million worth of unused sick leave was converted to post-retirement health care benefits for state employees. Since 2011, the financial burden to taxpayers has surged by 32.3 percent, over $41 million. Participation increased by 7.6 percent – over five thousand individuals.

This is a lavish perk that only government employees receive. The average state worker receives 16.25 sick days a year, compared to seven sick days for private sector workers. Another key difference – sick days typically don’t carry over to the next year in the private sector like they do in the public sector. Government workers almost never need those extra days, and so in the end, they get yet another benefit almost unheard of in the private sector.

Can you bank all your unused sick days & convert them to retirement health benefits? It is if you work for the statehttps://t.co/CJqyEoQrc6 pic.twitter.com/ChQJzLh8kF

Tensions were high in the Capitol this week, with Republican legislators butting heads over the direction of the budget debates. After negotiations broke down, the Capitol Press Room became the hottest spot in town for lawmakers trying to get out their side of the story. One after another, reporters got an earful all afternoon on Tuesday. It quickly spilled over onto Twitter. MNS’ Matt Kittle has the blow-by-blow.

Last week, Anthem Blue Cross Blue Shield announced their plans to leave the Wisconsin individual insurance market by the end of the year. MacIver President Brett Healy offered his analysis of the situation, which resonated with Gov. Walker’s sentiments that this clearly displays the collapse of Obamacare.

Healy commented that “Anthem now joins other major health insurers like UnitedHealth, Aetna, and Humana that have been forced to withdraw from this government-run debacle in order to stop their financial hemorrhaging.”

Premiums are poised to increase once again with Anthem’s departure from the market and will also leave 18,500 Wisconsinites scrambling for new coverage in 2018.

Democrats on the Joint Finance Committee threw their hat in the ring and proposed their own alternative K-12 education plan in response to proposals offered by both Gov. Walker and Assembly Republicans. Their plan models some of the same points as proposals from DPI, Walker, the Assembly, and tacks on $728 million more in state funding than Walker would.

The Democrats’ alternative calls for the school levy and first dollar tax credits to be eliminated, which they hope will cover the substantial spending increase. This money would be redirected to general school aid, which will already increase by $525 million in their plan. Similar to the governor and Assembly Republican proposals, the Democrats focus on per pupil aid funding, low-revenue adjustment, and required background checks for choice employees.

Sen. Luther Olsen (R-Ripon), chairman of the Senate Committee on Education, commented that the Democrats are like “kids at Christmas, picking out everything they want out of the catalogue and knowing that they’ll never have to pay for it.”

Rumors are floating around the Capitol that the Assembly plans to introduce a Top Per Mile (TPN) tax on heavy trucks in an effort to offer a solution in the transportation budget standstill.

A coalition quickly formed in response, with 16 trade groups and businesses – from Schneider National to the Wisconsin Motor Carriers Association – sending a memo to strongly oppose the proposal, which would directly affect their businesses and employees.

Friday morning, a group of five state senators announced their opposition to the TPM tax. MacIver will keep you posted as this story develops.

Some senators are skeptical of a new tax on heavy trucks that's circulating the Capitol and supported by Speaker… https://t.co/4nzNNrqA1l

Last week was a victory for free speech enthusiasts across the state and nation. The Assembly passed Rep. Jesse Kremer’s (R-Kewaskum) Campus Free Speech Act and the Supreme Court struck down an unconstitutional law allowing “offensive” trademarks to be denied.

Unfortunately for UW students, the Senate may wait until fall to vote on free speech bill since their plates are full with budget discussions.

Sen. Harsdorf's office said Senate is focused on the budget, #FreeSpeech bill might have to wait till Septhttps://t.co/AWXfwTmbEd
#wiright

Interested in more in-depth coverage on any of these issues? Check out our coverage from this week on budget meetings, faces of Wisconsin’s controversial alcohol regulations, and more on Twitter.