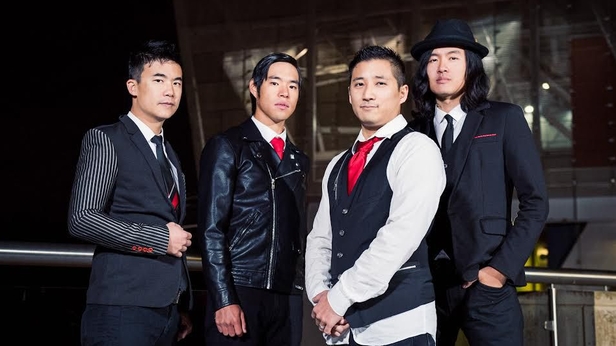 “A law that can be directed against speech found offensive to some portion of the public can be turned against minority and dissenting views to the detriment of all. The First Amendment does not entrust that power to the government’s benevolence. Instead, our reliance must be on the substantial safeguards of free and open discussion in a democratic society.”
(Justice Kennedy, joined by Justices Ginsburg, Sotomayor and Kagan in Slants decision, issued June 19, 2017. (Matal v. Tam).)

With that sweeping proclamation, the U.S. Supreme Court may have signaled a real, and welcome, return to the principles of free speech.

As with so much that transpires in the legal doctrine of free speech, it’s not surprising that “slants”, a derogatory term if there ever was one, will now enter the lexicon. In a decision with implications across a broad swath of 21st Century American life, the Court laid down a clear marker–“this far and no farther.”

The Slants decision had its origins in long-held legal doctrine. Trademarks were a common form of property as far back as the Hudson Bay Company’s search for beaver pelts. At what is known as “common law”, one could acquire the rights to a name that identified products. The creation of the U.S. Patent and Trademark system came later, but the principle that identifiable marks were property of those relying upon them for commercial success predates the Constitution itself. And it was a trademark of “Slants” (the band name) that formed the predicate for this case.

An Asian-American rock band took on the name Slants to, in the Court’s words, “reclaim” the term and in the process “drain its denigrating force.” So, while the name was concededly offensive and disparaging, the band sought to protect it by registration at the U.S. Patent and Trademark Office. Not surprisingly, the USPTO declined their request. The law prohibits registration of trademarks that “disparage…or bring…into contemp[t] or disrepute” any “persons, living or dead.” (15 U.S.C. Sec.1052(a)). An appeal followed, and it landed in the U.S. Supreme Court.

A unanimous Supreme Court struck down the statute as a violation of the First Amendment’s Free Speech Clause. While the reasoning of the Justices varied on technical questions, they agreed and reaffirmed the principle that viewpoint restriction enforced by the government is absolutely prohibited. In the words of Justice Kennedy, joined by three of the most liberal Justices on the Court:

…[i]t is a fundamental principle of the First Amendment that the government may not punish or suppress speech based on disapproval of the ideas or perspectives the speech conveys….A law found to discriminate based on viewpoint is an “egregious form of content discrimination,” which is “presumptively unconstitutional.”

Here, the USPTO was required to make a judgment about the viewpoint expressed in the requested trademark, so there was little the government could say to satisfy the viewpoint-neutral principle of First Amendment protection. That the law had escaped judicial scrutiny for more than five decades is a curious bit of history.

Of course, as with so much that the Supreme Court does, the implications of its decision are far reaching. Setting aside the obvious – a flood of new federal trademarks offensive to a wide range of groups – and setting aside the implication obvious to any sports fan – the Washington “Redskins” moniker is likely to survive any future challenge (by the way, the NFL participated in this case and is cited repeatedly by the Court) – there are broader implications. The First Amendment is alive and well!

It’s impossible to read the language of the Court and not think of Milo Yiannopoulos’ college appearances/riots, university speech codes, and a host of actions to protect the snowflake generation. The Justices do watch the news, and they certainly understood how reaffirmation of the bedrock free speech principle barring viewpoint restrictions would be read. What are public college speech codes if not unequivocal viewpoint restrictions? The entire point of the hate speech phenomenon is to “suppress speech based on disapproval of the idea or perspectives the speech conveys”–the very thing barred by the Court in its Slants decision.

Any advocate of free speech would have a hard time improving on the language several Justices (including members of the Court’s liberal wing) chose to describe the breadth of First Amendment protections:

The danger of viewpoint discrimination is that the government is attempting to remove certain ideas or perspectives from broader debate. That danger is all the greater if the ideas or perspectives are ones a particular audience might think offensive, at least at first hearing. An initial reaction may prompt further reflection, leading to a more reasoned more tolerant position.

Indeed, a speech burden based on audience reactions is simply government hostility and intervention in a different guise.

The Slants would surely be barred from appearing on many campuses and even in many cities by the speech codes/hate speech restrictions now so ubiquitous. Those codes may soon, we can hope, be relegated to the dustbin of history. A public body may not impose such viewpoint restrictions, and the Supreme Court has now reaffirmed that principle.

Perhaps the snowflakes will soon begin to melt away.

Hon. James Troupis is a former Dane County Circuit Court Judge and is a MacIver Institute board member.