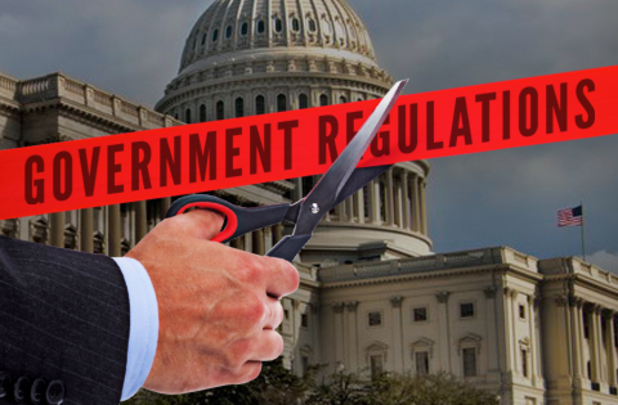 [Madison, Wis…] – Wisconsin this week could become the first state in the nation to pass a REINS Act, legislation demanding greater oversight of state bureaucratic rule-makers.

The Regulations from the Executive in Need of Scrutiny, commonly known as the REINS Act, is slated for floor debate Wednesday in the Assembly, where the bill enjoys wide support from majority Republicans.

Last session the Assembly passed a similar REINS Act bill on a party-line vote, but it died in the Senate as time wound down on the session.

Neylon says the GOP majority in the Assembly hasn’t changed its stance.

“I think we are in a very good position. There is no wavering support. I believe it will (pass) on a party-line vote,” he said.

Gov. Scott Walker included the reform measure in his biennial budget plan, but REINS was one of 83 “non-fiscal” policy items stripped from the Joint Finance Committee’s starting budget document.

“State agencies currently have the power to pass harmful regulations with little oversight from the legislature that can cost Wisconsin businesses and citizens tens of millions of dollars in compliance and lost revenue,” LeMahieu said in a statement following passage. “The REINS Act improves transparency in the rule making process and gives the legislature more power to hold unelected bureaucrats accountable.”

The REINS bill is similar to legislation moving through Congress, but with lower thresholds. It provides greater legislative oversight of the regulations adopted by state agencies. Any rule or regulation with an economic impact of more than $10 million would require legislative approval.

Democrats insist the REINS Act would undermine regulations designed to protect the public. The left-leaning Sierra Club described the federal REINS Act legislation as “clearly an imprudent if not perhaps Machiavellian attempt to chip away at the regulatory process.”

Some environmentalists last session claimed the REINS Act would slow down the rules-making process. That “misleading” message ended up slowing down the legislative process, ultimately killing the bill, Neylon said.

“It would slow (the rule-making process) down for expensive rules, and I believe it should,” Neylon said. “It took a long time to explain the truth behind the proposal,” that only proposed rules with an impact of $10 million or more would face greater scrutiny.

The REINS Act, proponents say, is ultimately about transparency and preventing “rogue” government agencies from implementing onerous and costly “rules in the dark of night without public scrutiny.”

“It goes to the heart of checks and balances within our system. We elect people to set policies. If we as taxpayers and voters don’t like these policies, we have the ability to fire those lawmakers,” the Republican said. “When you have rogue bureaucrats who have been there for decades, they have the ability to basically make laws.”

Wisconsin’s REINS Act has earned the praise of fiscal hawks and limited-government advocates such as Grover Norquist and his Americans for Tax Reform. Norquist said Wisconsin over the past six years has been a national leader in enacting “transformative, pro-taxpayer policy reforms.”

“The cost of the federal regulations is now greater than personal and corporate income tax collections combined. Washington has been unable to control regulations. Wisconsin can and will. The REINS Act–blocked by special interests in Washington–can be enacted in Wisconsin to reduce the costs and delays of overregulation,” Norquist said in an email statement to MacIver News Service.

“By becoming the first state to pass a state version of the REINS Act, Wisconsin will further solidify its reputation as one of the nation’s top government reforming states,” he added.