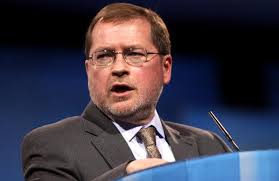 [Madison, Wis…] – And Wisconsin shall lead them – again.

Tax reform guru Grover Norquist predicts 10 states will pass REINS Act legislation in the coming year, and he asserts Wisconsin can take a bow for that.

“Congratulations for living in Wisconsin, which has consistently been a leader in this fight to increase liberty and make the government play by its own rules,” Norquist, founder and president of Americans for Tax Reform, told MacIver News Service last week on the Mark Belling Late Afternoon Show, on NewsTalk 1130 WISN.

Last week, the Assembly, on a party-line vote, passed the Regulations from the Executive in Need of Scrutiny Act, commonly known as the REINS Act. Gov. Scott Walker is expected to sign the measure.

The REINS Act is similar to legislation moving through Congress, but with lower thresholds. It provides greater legislative oversight of the regulations adopted by state agencies. Any rule or regulation with an economic impact of more than $10 million would require legislative approval.

Democrats insist the REINS Act would undermine regulations designed to protect the public. The left-leaning Sierra Club described the federal REINS Act legislation as “clearly an imprudent if not perhaps Machiavellian attempt to chip away at the regulatory process.”

Norquist says REINS is about bringing representative democracy and liberty back to the people.

“People have understood this as a federal, national problem,” he said. Congress passes an open-ended law and some bureaucrats fill in the blanks. Very dangerous.

“Then you get regulations with the force of law that can send you to jail. There are 600,000 regulations in this country not passed by Congress but fleshed from some law. Then the bureaucrats say, ‘Here’s what that law means.’ There are 600,000 ways to go to jail,” he added. “Only Congress should be able to pass laws…the president should have to sign laws. That’s what they tell us in school, anyway, and that’s what the Constitution says.”

The same bureaucratic morass has infected state government and, Norquist says, has given lawmakers a pass from having to take tough regulation votes.

“This is the beginning of an entirely new front opened up to expand liberty and to reduce how abusive government can get. And it requires accountability. You want a law? You vote for it,” he said.