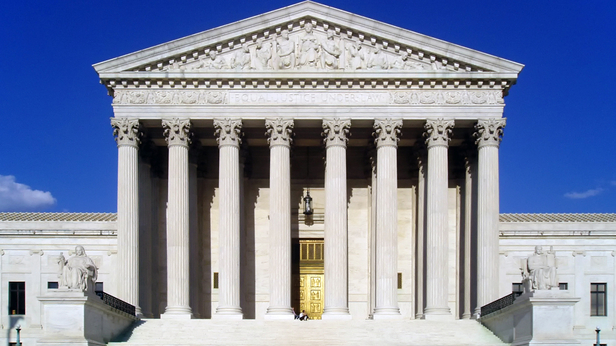 [Madison, Wis…] – The U.S. Supreme Court has the opportunity to “stomp on” a badly flawed lower court decision declaring unconstitutional Wisconsin’s legislative district map, according to a national expert on the Constitution.

What’s ultimately at stake, according to the Heritage Foundation’s Hans von Spakovsky, is whether federal courts should have control over a political process that is rightly the domain of the states.

On Monday, the Supreme Court agreed to hear the case, the first such “partisan gerrymandering” case in more than a decade. A few hours later the court voted 5-4 to delay a federal district court’s order that Wisconsin’s legislative districts be redrawn by November, in advance of the 2018 elections.

“I hope this means the Supreme Court is going to reverse what the federal court in Wisconsin did, because what they did was, frankly, just wrong,” von Spakovsky, a former member of the Federal Elections Commission, told MacIver News Service Tuesday morning on the Dan O’Donnell Show on Newstalk 1130 WISN.

Democrats lost control of the Legislature and the governor’s office in 2010, thereby losing the ability to be involved in the creation of congressional and legislative maps. The process follows the release of the decennial census, and in Wisconsin the party in power is charged with redrawing the legislative district boundaries.

Dems have challenged the GOP-drawn maps since their initial release nearly six years ago.

In November, a three-judge federal court panel struck down the GOP map, agreeing with the plaintiffs that the boundaries were unfair to the Democratic Party of Wisconsin. The judges said the redistricting effort was “designed to make it more difficult for Democrats, compared to Republicans, to translate their votes into seats.”

Von Spakovsky said the process is “100 percent partisan.” The federal courts have mostly stayed out of redistricting, unless the boundaries were believed to be racially discriminatory or the populations from one district to the next were out of proportion. But the courts have generally refused to consider claims of purely partisan gerrymanders.

“There is no dispute in the Wisconsin case that the Legislature met all the rules about compactness, trying to keep cities and counties together, all the traditional kind of criteria used for redistricting,” said von Spakovsky, manager of the Heritage Foundation’s Election Law Reform Initiative. “Democrats said, ‘This disfavors us as a political party and therefore it’s unconstitutional,’ and the judges bought that.”

The lower court ruling creates more than a constitutional slippery slope, the election law expert said. If the courts start getting involved in partisan redistricting squabbles, who is to measure – and what will the measure be – of too much politics or too little in the process?

Never has the Supreme Court struck down district maps based on a claim of political unfairness.

The high court in 2004 upheld congressional district boundaries drawn by Republicans in Pennsylvania – the last such gerrymandering case before SCOTUS. In the 5-4 decision, conservative justices affirmed redistricting is a political matter beyond the reach of the court.

“Three judges directly violated prior Supreme Court precedent because they are clearly pushing the court to reverse its prior decision in a Pennsylvania case,” he said. “I’m hoping the fact that they (SCOTUS) issued a stay and took up the case means they didn’t change their minds and they are going to stomp on this.”

Listen to the entire interview with Hans von Spakovsky here: