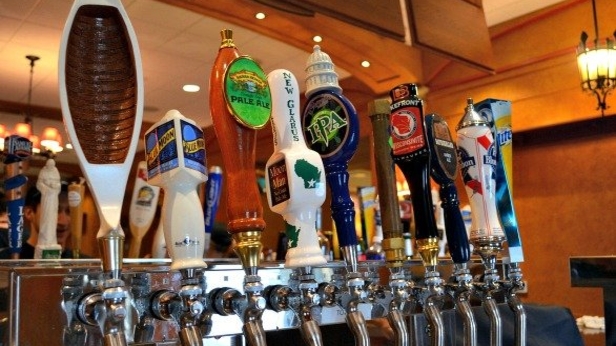 [Madison, Wis…] Americans for Prosperity is warning lawmakers about a possible plot by anonymous special interests to push small breweries, wineries and artisan distilleries out of business.

AFP has a draft proposal they say came from lobbyists who want to prevent microbreweries, wineries, and distilleries from operating taverns and selling their products to wholesalers, which is currently common practice.

This would mean beefing up an onerous “three-tier restricting” law where producers, wholesalers, and retailers are all separate entities. AFP says this would involve creating a new bureaucracy, an Office of Alcohol Beverages Enforcement in the Department of Revenue to enforce the new law.

“I see no need for erecting these barriers,” Garthwaite told the MacIver News Service, adding that other states use less burdensome regulatory systems that serve the public just fine. Craft brewers support reasonable regulations that protect the public, but not protectionist ones meant to benefit particular special interests, he said.

Eric Bott, AFP-Wisconsin State Director, sent a letter on Thursday to Sen. Alberta Darling and Rep. John Nygren, co-chairs of the budget-writing Joint Finance Committee, detailing what he’s learned about the effort. AFP got its information from small businesses that would be affected and from sources in the Capitol.

Larger, well-established alcohol producers would have a much easier time complying with the strict three-tier system than smaller producers like microbreweries, small wineries, and boutique distilleries that have become increasingly popular. That increasing popularity also poses a competitive threat to larger alcohol producers.

Garthwaite also said craft breweries have a significant economic impact, both statewide and locally. “Customers like to go to the places where their beer is made.” The proposed regulations “fail the consumer” in favor of entrenched interests, he said.

The economic impact of craft breweries in Wisconsin exceeded $1.7 billion in 2014, according to the Brewers Association.

The regulations would certainly have a negative impact on the craft brewing industry, and would essentially halt the formation of new microbreweries or brewpubs – an increasingly popular phenomenon – by forbidding businesses that produce alcoholic beverages from also operating bars and restaurants. “It would kill off a lot of startups,” Garthwaite said.

AFP believes the draft proposal could be slipped into the budget’s “999” motion. That’s historically the final action JFC takes on the budget, and it’s where many policy items can be attached to the budget anonymously and at the last minute, often before even lawmakers have time to review them.

“When government takes the next step of attacking individual small business owners in secret to help the politically connected it rises to a new level of repugnancy. It’s no wonder the proponents of this motion conduct their work in the shadows,” Bott wrote to Darling and Nygren in the letter.

The MacIver News Service reached out to the offices of Sen. Darling and Rep. Nygren. This story will be updated if they respond to our requests for comment.