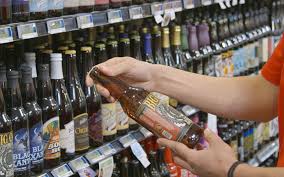 Madison, Wis…] – A high-profile meeting last Thursday attended by many – but not all – of the stakeholders affected by proposed changes to the system regulating Wisconsin’s alcoholic beverage industry ended with very different accounts of what transpired and more questions than answers, multiple sources tell MacIver News Service.

Attendees agreed to return to the table as soon as next week for further discussions.

There is a push by the state’s alcohol distributors and the Wisconsin Tavern League to tweak the current three-tier regulatory system of the production, distribution and sale of alcohol by creating an Office of Alcohol Beverages Enforcement, appoint a new ‘alcohol czar’ and hire an additional six enforcement officers with more authority to crack down on violations.

State Rep. Rob Swearingen (R-Rhinelander) said he organized the meeting “to address the misinformation in the media,” about the draft proposal.

“It was a working document,” Swearingen said, adding that one of the top priorities for the meeting was to explain the proposal’s implications to the various stakeholders.

Swearingen owns a restaurant and is a member and former president of the Tavern League.

“Once people from the wine and beer wholesalers explained the proposal, the group almost came together for the most part,” Swearingen said.

Others who attended had a different assessment of the meeting.

The big concern is that the crafters of the “drafting instructions” will try to sneak the changes into the budget through a “999 motion,” or concluding wrap-up motion that dodges public scrutiny.

William Glass, president of the Wisconsin Brewers Guild, said he was disturbed by the number of lawmakers in the room who seemed satisfied with tacking the measure onto the end of the budget process.

“The problem is there are still people not in this room debating this bill,” he added. “The special interests are trying to force an issue without having the proper avenue to vet it.”

But Swearingen said the Legislature is not prepared to act unless all the stakeholders can reach a consensus about what steps the state should take.

If that happens, it could either be part of the budget or separate legislation.

Swearingen led the discussions, but sources said Vos was very involved in the meeting, which some attendees described as “uncomfortable,” and “heated” at times.

Kooyenga said the meeting was a “huge step forward.”

“For many years there has not been a representative from the wineries, the distillers, or the small brewers in the room,” he said.

Vos’ office did not return an email request for comment Thursday or Friday. Kit Beyer, Vos’ spokeswoman, told MacIver News in a story Wednesday that the speaker was “asked to join the group.”

“Rep. Swearingen, as chair of the Assembly State Affairs Committee, is holding the meeting to see if there are things that all sides can agree on,” she said.

Beyer made clear that Vos “does not support the three-tier proposal.”

Sources said Vos urged the participants at Thursday’s meeting to voice their support of the long-standing three-tier regulatory system, however.

Glass said the proposal seems to run afoul of free-market principles. He said he was heartened when one lawmaker raised the same point.

“John Nygren did make a comment in the meeting about how this does not politically align with conservative values,” Glass said. “He said, ‘We’re not for growing government or restricting entrepreneurs but that’s what we’re talking about here.”

The Prohibition-era system in general aims to keep alcoholic beverage makers, wholesalers and retailers, including restaurants, bars, and liquor stores, out of each others’ businesses. The law has long aimed to stop monopolies and protect smaller operators, but it has locked entrepreneurs out and carved out protections for established players.

Americans for Prosperity-Wisconsin and other critics are warning that the plan is to beef up the onerous “three-tier restricting” law.