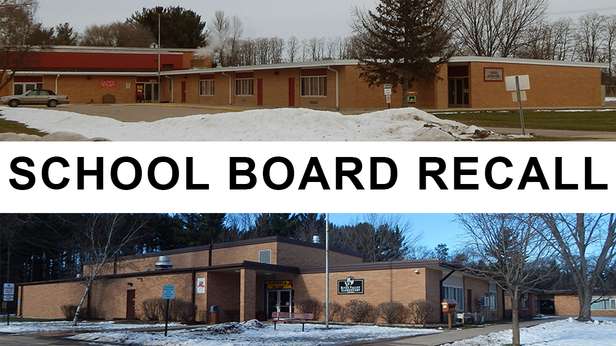 According to unofficial results, Mark Strozinsky received 1,071 votes to his opponent’s 475, and Frederic Iausly won with 1,073 votes to his challenger’s 474.

“We’ve been told there are a lot of districts around the state watching how this plays out, because they’re facing very similar situations,” Stronzinsky told MacIver News.

The River Valley School District is facing a $1.5 million deficit. Last fall, it asked voters for $9.35 million over the next four years. They said no.

Oftentimes a school district will simply go right back to referendum in that situation. However, River Valley did something different. It looked for other ways to plug its budget gap and honor the voters’ wishes.

In December, the school board voted to close the elementary schools in Lone Rock and Arena. Both have experienced steep declining enrollment over the past several years. In just one year, Lone Rock’s attendance dropped 26 percent and Arena fell 10 percent, according to the state Department of Public Instruction’s most recent data. This year there were about 170 students between the two schools. The school board had warned voters that closing the schools would be the most likely option if the referendum failed.

Even if the referendum had succeeded, it might only have delayed the inevitable. The River Valley School District is facing a population crisis. This year, 121 students graduated from the district’s high school, while only 61 entered kindergarten. School board member Strozinsky pointed out that state aid is directly tied to enrollment.

“That’s a 50 percent reduction in the next 12 years,” he told MacIver News.

A group of residents in Lone Rock and Arena organized a recall against Stronzinsky and Iausly, believing a successful campaign could keep the schools open.

They argued the referendum failed because the school board didn’t try hard enough to attract voter support, and that the budget problem could be solved through open enrollment. Additionally the Lone Rock Village Trustees stated it would cost millions of dollars to tear down the two schools. Opponents also insisted closing the schools would mean lower home values, higher taxes, and businesses moving out.

Turnout was much higher for the referendum, which took place during the fall general election. Voters rejected the measure by a count of 2,378 for and 2,585 against. That’s a margin of 207. While only about 1,546 ballots were cast in the recall, the margin was almost 600.

“All through this thing, even though we’re really divided, the majority of folks can see there really aren’t a whole lot of options,” Stronzinsky said. “I think people saw we’re trying to do the fiscally responsible thing.”

Lone Rock Elementary will be closing next week, while Arena will close at the end of next school year. The displaced students will be bussed to the elementary school in Spring Green, about 12 minutes away from either school.