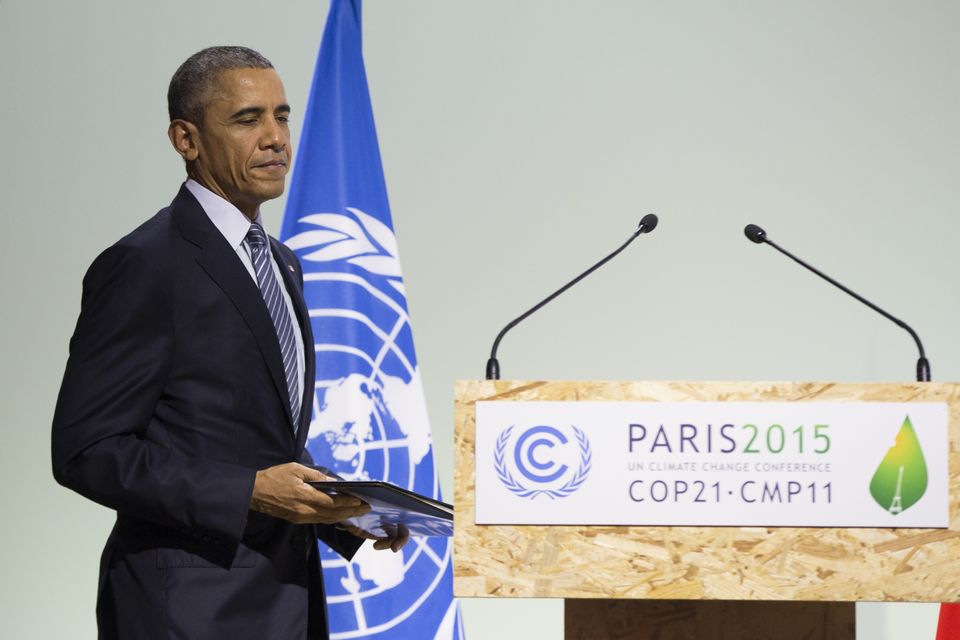 Update: May 31, 2017 – A lot can change in a year and a half! As President Trump considers withdrawing the United States from the Paris Climate Accords, we go back to January of last year when we pointed out the climate hype and hysteria that surrounded the Paris Climate Conference where the agreement was born.

Read our column that was published in the Milwaukee Journal Sentinel for a quick reminder of why the Paris agreement is a bad idea.

President Obama failed to in his attempt to commit our country to a legally-binding treaty on climate change because even his fellow Democrats, who at the time controlled the U.S. Senate, recognized how devastating it would be to our economy and the American way of life. Instead, President Obama decided to enter into a voluntary international agreement and bypass Congress altogether by having unelected bureaucrats push his “Costly Power Plan” agenda back here at home.

So while we wait for President Trump’s decision on the Paris Climate Agreement, take a quick look back at Obama’s dubious claims on the global warming agreement.

The hype and hyperbole leading up to the COP 21 Climate Conference last month in Paris was nothing short of amazing. World leaders and other self-described experts attempted to convince people around the world that the conference was critical to the future of the planet, critical to the future of life itself. Noted environmental scientist Pope Francis ominously warned mankind that “we are on the brink of a suicide.”

Global warming enthusiasts and President Barack Obama were hoping that the 200 or so nations attending the summit would agree to a compact that would reduce greenhouse gas emissions so that global temperature increases would be limited to 2 degrees Celsius above preindustrial levels. In reality, they were hoping to create a legally binding agreement that would impose draconian carbon dioxide restrictions on advanced countries such as the United States and, in the process, unplug our modern society and push us back into the stone age. They also wanted contractual language that would have forced the U.S. and other developed nations to pay $100 billion or so a year in extortion money, some called it climate reparations, to the least developed nations of the world.

World leaders weren’t the only ones full of hot air. The United Nations and the organizers of the conference were quick to point out the groundswell of support building around the world for reducing carbon dioxide emissions. According to their website, more than 10,000 different entities, including almost 2,300 cities and 2,000 companies have supposedly agreed to take measures to lower their emissions. It appears, however, these numbers were pulled out of thin air. The city of Janesville is listed on the website as having agreed to a 75% CO2 reduction by 2050. When asked who agreed to this goal, Janesville said it never approved a carbon reduction agreement.

Who cares about a little thing called truth when you are saving the planet from extinction, right?

Obama has staked much of his reputation and his legacy on this conference and fighting climate change in general. Heading into Paris, however, Obama had a very real problem. Any language that would have been considered legally binding on the United States would mean that the agreement was a formal treaty. If the climate agreement was a formal treaty, it would require a two-thirds vote of approval from the U.S. Senate. Given the fact that the president could not muster enough support for a similar carbon dioxide restriction proposal back in 2010 when his own party controlled both chambers of Congress by wide margins, Senate approval today is virtually impossible.

The president came up with another plan to impose his disastrous carbon-reduction new economic policy on America. Democracy be damned. This is where it gets really scary.

The president is turning to the faceless and unelected bureaucrats at the Environmental Protection Agency to impose his will.

Given how devastating his plan will be to the American economy, the president’s only choice is to force this down our throats using the administrative rules process.

Here in Wisconsin, the president’s plan will result in a big spike in your electric bill. By 2030, the average residential customer will pay an additional $225 a year for electricity and the average commercial business, an additional $1,530 a year. The biggest impact will be on the state’s industrial businesses and manufacturers. Their heavy dependence on reliable electricity to power large machinery means they will pay a shocking $105,094 more a year if the president gets his way.

Overall, the president’s plan will cost Wisconsin nearly 21,000 jobs and a $1.82 billion drop in our disposable income over the next 15 years. And for what? Estimates range that temperatures will rise less than 1 degree Celsius to an insignificant 0.018 degree Celsius by 2100.

All this financial pain and economic hardship for less than a degree difference in the temperature?

Let’s hope the president comes to his senses and puts an end to all of this hot air before it is too late for our way of life. Our children and our grandchildren are depending on him.