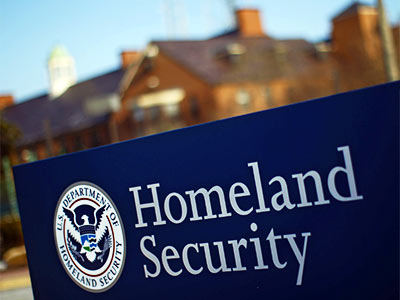 [Madison, Wis…] – Experts from around the country will be in Milwaukee Saturday to discuss the perilous state of U.S. security, eroded by “enemies within.”

The Midwest Security Conference, sponsored and organized by Milwaukee area small businessman and conservative activist Ken Dragotta, will “feature discussion on the current state of national security, what we should be watching, how to communicate this threat to others, and how we can demand action from public officials at all levels of government,” according to the conference website.

While many in the mainstream media have shrugged off “Deep State” assertions as so much conspiracy theory, Dragotta says there is a raft of evidence pointing to the infiltration of all levels of the U.S. government by left-wing radicals. Their aim: to attack American liberty and strength.

“We’re hoping people will recognize the importance of the information that’s going to be communicated. It’s not going to be what the media tells you,” Dragotta said.

Continuous threats from socialists, communists, anarchists, espousers of Sharia Law and “the shadow of homegrown Islamic jihad all aim to harm us in our own backyards,” Dragotta asserts on the security conference website.

The event is largely influenced by the investigative work of Trevor Loudon, an author, political commentator and filmmaker. Loudon’s 2016 political documentary, Enemies Within, profiles 20 senators and more than 100 reprensentatives and their “ties to Communist Party USA, Democratic Socialists of America, Workers World Party … and other radical anti-American organizations.”

Loudon is one of at least six experts expected to address the forum.

Economist, author, and columnist, Jim Simpson, will talk about his book, Red-Green Axis: Refugees, Immigration and the Agenda to Erase America.

Simpson, who for six years analyzed economic and budgetary issues at the White House Office of Management and Budget, estimates refugees, unaccompanied alien children, asylum seekers and related immigrants will have cost U.S. taxpayers $65 billion in the use of federal programs alone, between 2009 and 2017.

“What we’re trying to do is tell people what the left’s agenda truly is in this country and how it’s manifesting itself in everything going on today,” Simpson said.

Phil Haney – Founding member of the U.S. Department of Homeland Security, Customs & Border Protection. Haney is the lead author of See Something, Say Something, a “best-selling expose of the Obama Administration’s submission to the goals and policies of the Muslim Brotherhood, as well as other Islamic groups operating here in America.”

Frank Gaffney – Founder and President of the Center for Security Policy in Washington, D.C. The Reagan appointee served as assistant secretary of Defense for International Policy, charged with researching and recommending policy for nuclear forces, arms control and U.S.-European defense relations. Gaffney is publisher and associate author of Shariah: The Threat to America.

Clare Lopez – Vice President for Research and Analysis and the Center for Security Policy. She served as senior fellow at the London Center for Policy Research, and was a member of the Board of Advisors for the Canadian MaKenzie Institute. In 2016, Lopez was named to Sen. Ted Cruz’s presidential campaign national security advisory team.

Jeff Nyquist – President of the Inter-American Institute, author and columnist.